(Minghui.org) As the persecution of Falun Gong in China enters the 16 th year, the situation remains severe for practitioners. In this report, we summarize arrest cases of Falun Gong practitioners in Shanghai, one of the largest cities in China.

According to incomplete reports published on the Minghui website, fifty-six practitioners in Shanghai alone have been illegally arrested in the first four months of 2014.

Several practitioners were scheduled to be released in April. However, since the 4 th Conference on Interaction and Confidence Building Measures in Asia (CICA) will be held in Shanghai in May, the authorities are worried that practitioners might appeal during this international conference. As a preemptive measure, these practitioners have been sent to brainwashing centers for further persecution instead of being released. 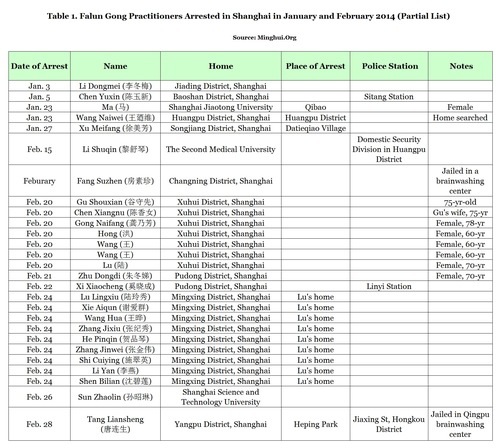 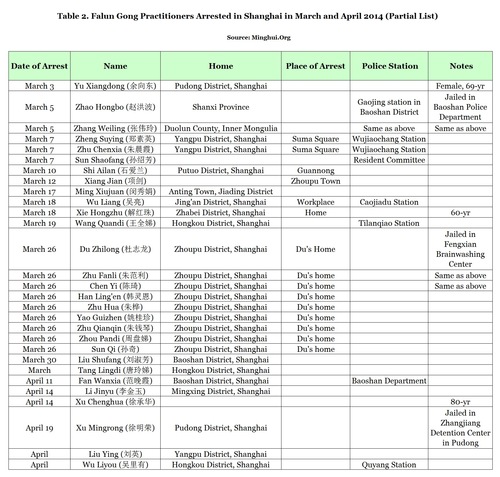