(Minghui.org) Last weekend, Falun Gong practitioners all over the world celebrated the 15 th World Falun Dafa Day, and event reports continue to pour in. In this article, we snapshot the celebrations in North America, Ireland, and Australia.

Practitioners held a celebratory parade starting beginning at the Garden of Remembrance, continuing along Parnell Street, and ending up at GPO, a famous tourist spot. There are many Chinese stores on Parnell St., and a lot of Chinese people took photos of the march. 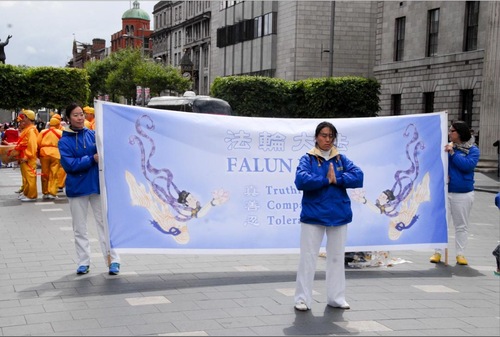 Scene from the parade 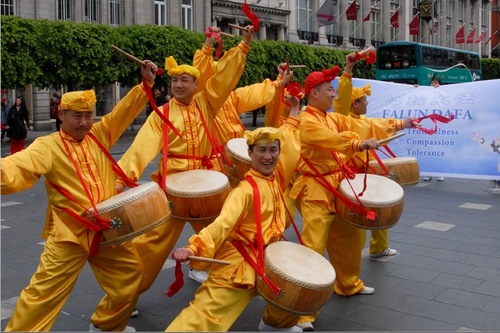 Performance in front of GPO, a busy tourist spot

Many tourists stopped by and signed the petition supporting Falun Gong. Ulliana from Slovakia was attending an international conference in Dublin. She had heard about Falun Gong back in her home country and was happy to see Falun Gong again in Dublin. She learned the exercises and signed her name to condemn the persecution of Falun Gong in China.

May 13 also marks the 22 nd anniversary of Falun Gong's public introduction. Practitioners in Edmonton, Canada wanted to take this opportunity to tell the public about the beauty of Falun Gong. 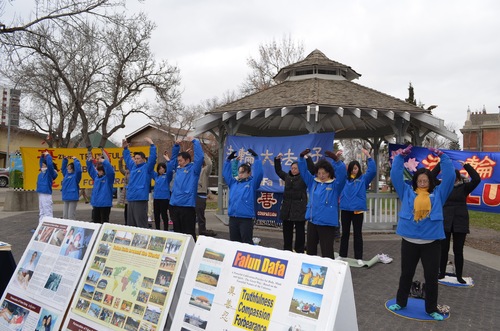 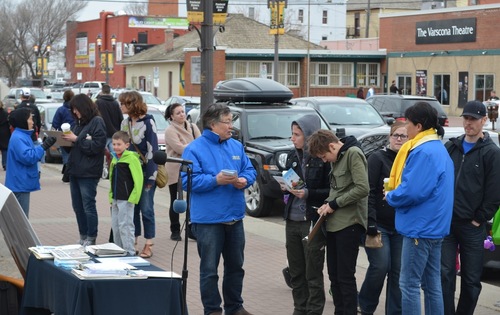 The city council issued a certificate to the Falun Dafa Association of Canada in recognition of their celebration of “Falun Dafa Month.” 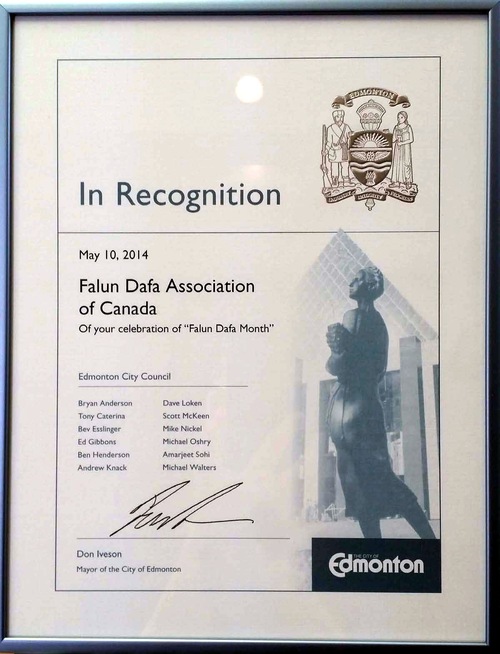 Recognition from the city council of Edmonton

Ms. Tang, a local practitioner, shared how she has benefited from cultivating Falun Gong. She had been ill for several decades. In May 1999, she started practicing Falun Gong. A few days later, most of her ailments were gone. Her eye disease, which had tormented her for 30 years, was healed in three days.

Ms. Tang wanted to tell others about her experience, so that they could benefit from Falun Gong, too. 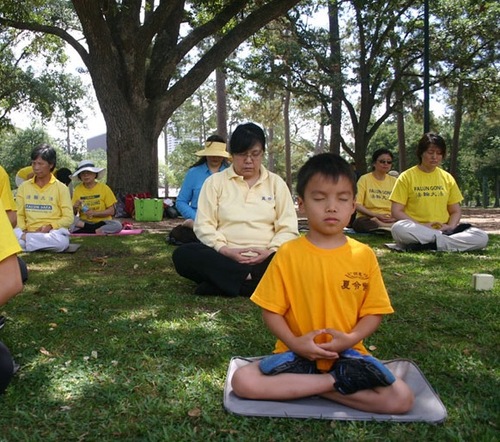 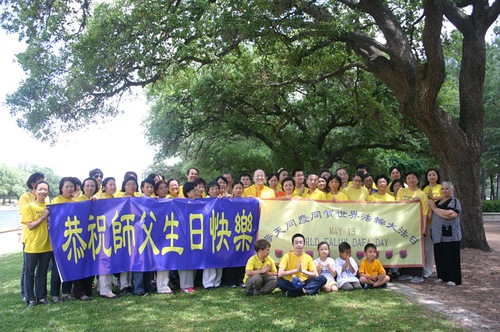 Mr. Pan, a local practitioner, said that he has practiced Falun Gong for more than 10 years.

“Besides the physical benefits, Falun Gong fundamentally changed my view of life and the world. I have learned the truth of the universe and the goal of life. The profound teaching of Falun Gong cannot be expressed in words,” Mr. Pan said.

The celebration in South Australia was held downtown in Hindmash Square. 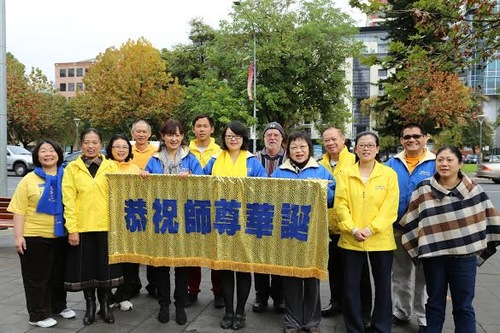 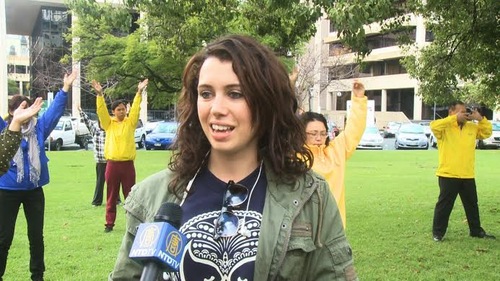 Jasmine, a college student, felt a strong energy field when she passed by the Falun Gong group exercises.

Practitioners demonstrated the exercises, which drew people's attention. Jasmine, a college student, felt a strong energy field when she passed by. She was amazed and stopped.

She asked for detailed contact information of the local exercise site to join in the future.