The real culprits behind the attacks are No. 1 Ward division head Ma Xutao and team head Jin Feng. It was under their orders that criminal inmates attacked Mr. Sun three times, in November and December 2013, and January 2014. 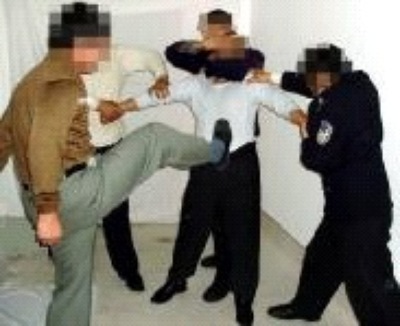 This is the second time that Mr. Sun, from Linkou County of Mudanjiang City, has been imprisoned for his belief. He was again illegally arrested at his home on the afternoon of November 2, 2012, not long after he was released from prison.

On February 4, 2013, the Aimin District Court in Mudanjiang held a trial against Mr. Sun and another practitioner, Mr. Gong Chengge. Mr. Sun was sentenced to four years and Mr. Gong received four and a half years. They were sent to Mudanjiang Prison.

Mr. Sun was sentenced before in 2008 after he, Gong Chengge and several other practitioners were arrested in April 2008. During the trial held on September 10, 2008 they received sentences ranging from 42 months to five years. They served them in Mudanjiang Prison.

“Seize the Opportunity to Do Your Part: Submit an Article to Celebrate World Falun Dafa Day”