Ms. Niu Guifang, 53, is from Zhantun Village, Hushitai Town, Shenbeixin District. She was arrested by officers from the Xinchengzijie Police Station and put on trial on January 17, 2013.

The Shenbeixin District Court sentenced Ms. Niu to three years in prison. She was placed in Shenyang Women's Prison on November 19, 2013, and later transferred to the Second Ward of Masanjia Prison. On January 20, 2014, Ms. Niu's family learned where she was being held and went to see her. She was weak and could barely see, due to the torture. Her hair had turned gray and she could no longer lift her arms due to injuries inflicted by officers at the Xinchengzijie Police Station.

Ms. Niu cried and said that she was not allowed to say much or she would be punished and denied another visit. A guard was watching her during the visit and taking notes. Another guard watched the family and took notes. The guards only allowed the family to talk for about ten minutes.

Ms. Wu Limei and Her Husband

Ms. Wu Limei, in her forties, is from Xinchengbao Village, Huangjia Township, Xinchengzi District. She was arrested on June 7, 2012, and tried by the Shenbeixin District Court on October 18, 2012, under a trumped-up charge of “obstruction of justice.” The court sentenced her to five years in prison based on a forged “confession,” written by Deputy Captain Duan Qingzhu, of the Shenbeixin District Domestic Security Division. 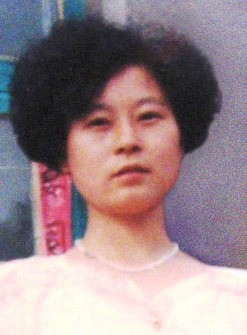 Ms. Wu is in currently the Ninth Ward of Liaoning Women's Prison. A year of abuse and torture in the prison has resulted in her hair turning gray, as well as dizziness, hypertension, and heart problems.

Her husband subsequently left home to find work. Her 18-year-old son was also forced to leave home and work to support the family, leaving only her younger son at home to care for her elderly mother-in-law.

Ms. Wu's husband, Mr. Liang Zhihong, is also a Falun Gong practitioner. Officers from the Xinchengzijie Police Station arrested him on July 31, 2001, and arbitrarily sentenced him to six years in prison. At the time, their sons were seven and two years old. Mr. Liang was released in 2007.

Ms. Dong Huidi from Magang Township, Shenbeixin District is in her seventies. She was arrested by authorities on May 27, 2012, and tried by the Shenbeixin District Court on October 18, 2012. The judge sentenced her to three and a half years of prison time. She is being held in the Eleventh Ward at Liaoning Women's Prison.

Ms. Dong has suffered heart problems and hypertension due being tortured in prison. Rather than provide her with medical care, the Shenbeixin District 610 Office colluded with the court and prison authorities to continue routinely torturing her. Ms. Dong refused to give up practicing Falun Gong, so the prison authorities denied family visits.

Ms. Zhou Fenglan, from Huishan, Shenbeixin District, is almost 70 years old. She was arrested on August 30, 2012, and tried by the Shenbeixin District Court on January 17, 2013. Ms. Zhou was too weak to stand during the trial, so the court had someone hold her up. She refused to plead guilty to the charges against her and was sentenced to three years in prison. She was placed in the Third Ward at Liaoning Women's Prison. Her family went to visit her in December 2013 but was denied.

Ms. Wang Sumei, who is in her fifties, is from Guangrong Village, Yinjia Township, Shenbeixin District. The court sentenced her to ten years in prison in 2008. The court officers beat her during the trial. Ms. Wang was sent to the Eighth Ward of Liaoning Women's Prison.

For three years, guards and other prisoners often tied Ms. Wang's limbs to the iron bars of a bed and left her there for prolonged periods. Her right hand was permanently injured when prisoner Ren Xia was tying her down with a rope. The prisoners taped her mouth shut after she spoke up to defend Falun Dafa. She had to perform forced labor for more than 12 hours per day. Prisoners Chen Chao and Yu Xiaohui often beat her and would not let her sleep at night. A prison guard instigated prisoner Jiao Yan to put drugs into Ms. Wang's food.

Mr. Sun Yushu is almost 70 years old, and Mr. Huo Defu is in his forties. Both are from Daxinsan Village, Cailuobao Town, Shenbeixin District. In a trial in 2008, Mr. Sun was sentenced to eight years and Mr. Huo to six. They were incarcerated in Xihu Prison in Beixi City.

The captain and collaborators in the prison instigated prisoners to torture practitioners. They deprived them of sleep, insulted and cursed at them, beat and kicked them, poured cold water on them during the winter, and forced them to sit still on small benches for long periods of time. A prisoner (last name Wang) beat Mr. Sun until he sustained a concussion. Both practitioners were released after five years of severe abuse and torture.

“Denying the Persecution Imposed by a Brainwashing Center”