(Minghui.org) Falun Gong practitioners in west Japan held activities in front of the Chinese Consulate in Fukuoka on January 30, 2014, the eve of Chinese New Year, to protest the Chinese Communist Party's (CCP) persecution of the peaceful cultivation practice. In the evening, they held a candlelight vigil to commemorate fellow practitioners who lost their lives due to the persecution in China. 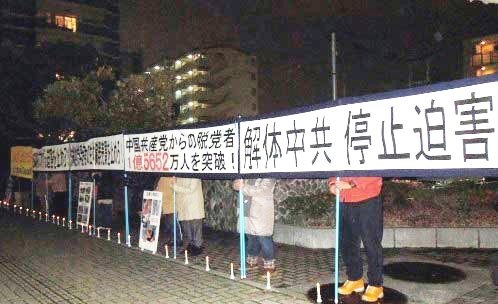 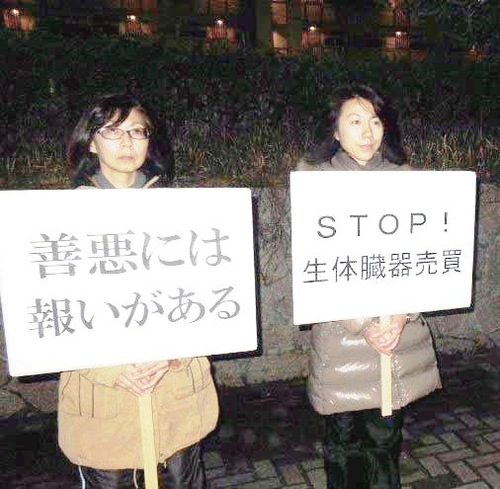 The candlelight vigil was a serene and moving event. Many passers-by paused to read the banners and posterboards to find out what was going on.

A practitioner said, “I hope that more people will learn about the persecution, especially the CCP's atrocity of organ harvesting from living Falun Gong practitioners. Those perpetrators must be brought to justice. As long as the persecution continues, we will continue our efforts to raise awareness.”