(Minghui.org) Falun Gong practitioners held truth-clarification activities on February 15, 2014, at Marienplatz in the city center of Munich, Germany, on a warm winter day.

Many people learned facts about the persecution of Falun Gong, including forced organ harvesting in China, and signed a petition calling for an end to the persecution. 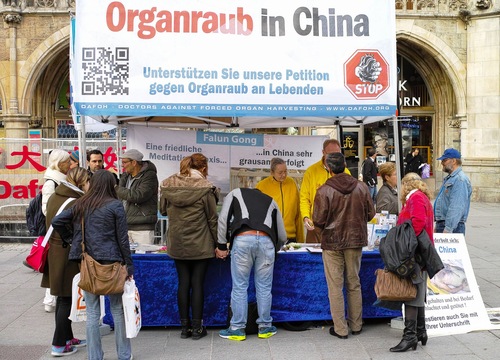 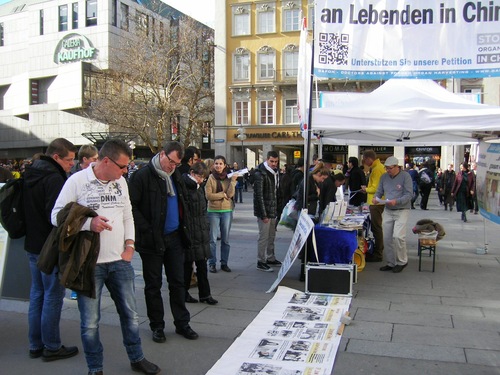 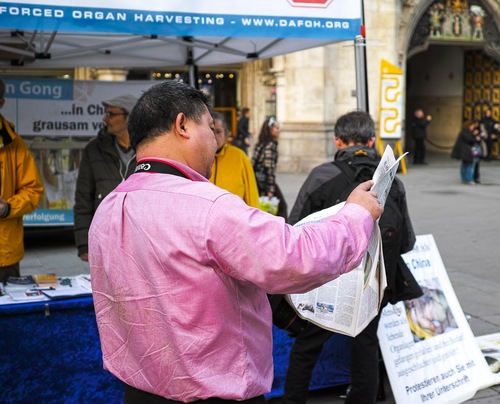 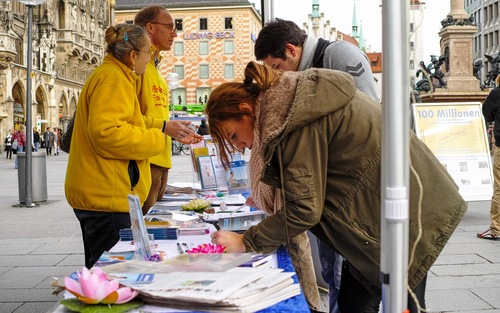 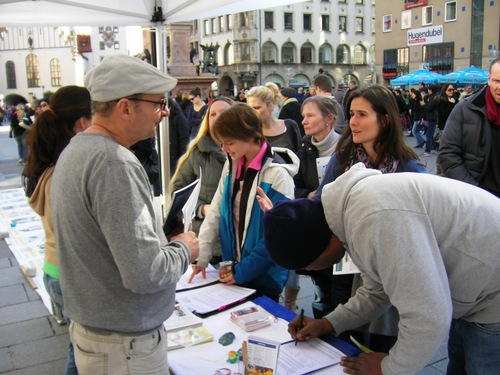 Some Chinese tourists also took note of the informational booth and took copies of the Nine Commentaries on the Communist Party to further understand their options to renounce their memberships in the CCP and its affiliated organizations.

“University of Pennsylvania: Falun Dafa Practitioners Usher in the Year of the Horse (Photos)”