Polish Member of Parliament, economist, and former Mayor of Warsaw Mr. Marcin Święcicki spoke at the exhibition's opening ceremony, which was jointly hosted by the Association of Free Speech and the Falun Dafa Association.

He said the exhibition enabled the world to see the injustices and brutality of communism in China, and allowed people to experience the principles of Falun Gong: Truthfulness-Compassion-Tolerance.

The paintings about the persecution of Falun Gong practitioners in particular demonstrated that people living in communist China do long for freedom and peace, he said. He asked the people in the audience to remember the price Poland and the rest of Eastern Europe paid under communist rule before finally regaining their freedom. 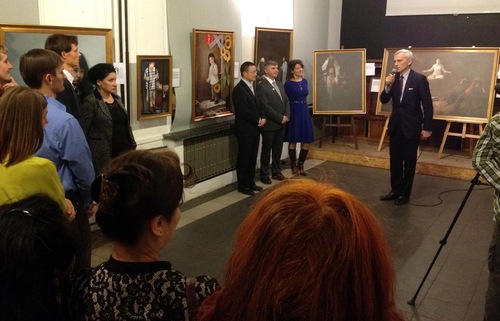 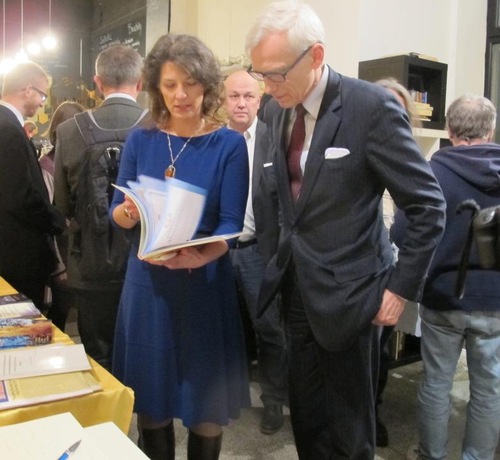 Member of Parliament and former Mayor of Warsaw Mr. Marcin Święcicki speaks at the opening ceremony.

Święcicki said the international community seemed to have forgotten that communism still exists in the world. China, despite its terrible human rights record, was able to host the Olympics, and is doing business with almost every country in the world.

“We are not free when people are still treated like slaves [by their government] and brutally persecuted,” Święcicki said. 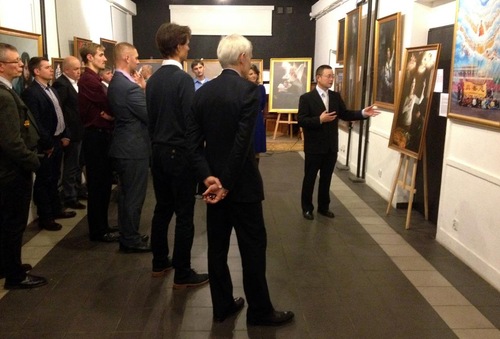 Mr. Huang, a representative from the Falun Dafa Association, introduced each painting to the visitors. 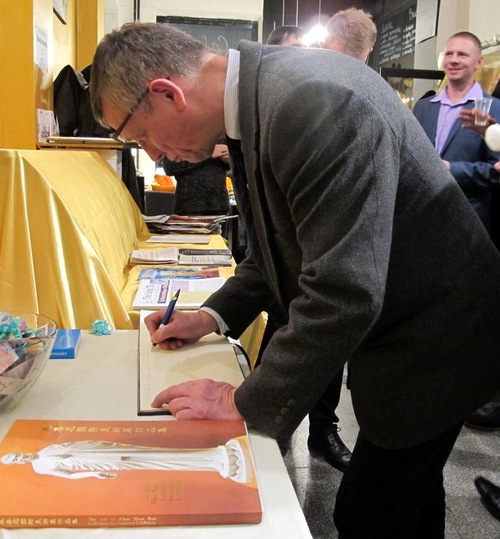 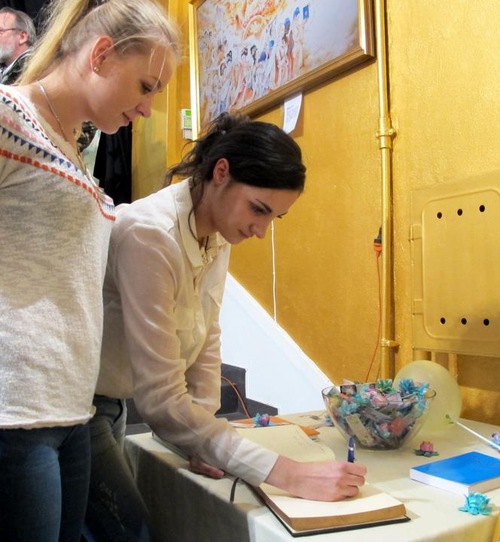 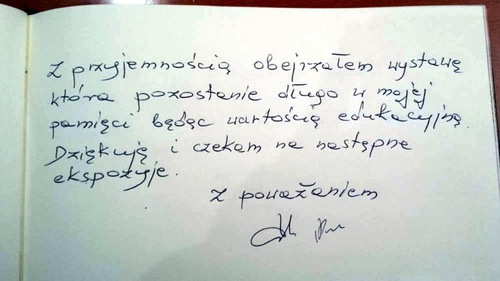 Mr. Adam Borowski, a Polish Democrat and activist, wrote in the exhibition guest book, “My sincere respect to this special exhibition that illustrated a strong spiritual power and strength.”