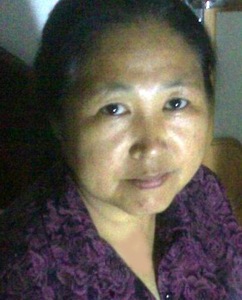 Ms. Wang was a PE teacher at the Shenbei New District First Elementary School. Police arrested her in the classroom on June 14, 2001, because she practiced Falun Gong. She was tortured during interrogation.

Tong Shuliang, head of the local 610 Office, issued an order that Ms. Wang be given a long sentence. He sat next to presiding judge Che Xueke during the trial. Chen declared her guilty because the Chinese Communist Party (CCP) said she was and sentenced her to five years in prison.

After years of torture in prison, Ms. Wang developed a mammary gland tumor in 2004, the initial stage of breast cancer. When she was released in 2006, the tumor had grown and was festering.

When Ms. Wang returned home, the Bureau of Education had already fired her and stopped her wages. She made multiple requests to get her job back, but to no avail.

Ms. Wang was arrested again on September 30, 2010. She was sentenced to four and a half years in prison in August 2011. Prison officials refused to admit her when they were told that she had breast cancer. The 610 Office ordered the Shenbei New District Court to monitor her, and court officials often harassed her at her home.

Her health steadily deteriorated, and she passed away on November 1, 2014.

“Practitioners Due for Release Taken to a Brainwashing Center”