(Minghui.org) More than 8,500 Londoners and tourists visited the 19-day Art of Zhen, Shan, Ren (Truthfulness-Compassion-Forbearance) International Exhibition at the Gallery@OXO, which ended on October 26, 2014.

On the south bank of the River Thames, the gallery is located in the Oxo Tower, the home of a set of design, arts and crafts shops, and the OXO Tower Restaurant. It was the second time this year that the exhibition was held at a high-end venue. The first was held on August 6-16, 2014, at IL Bottaccio, next to Hyde Park and Buckingham Palace Garden. 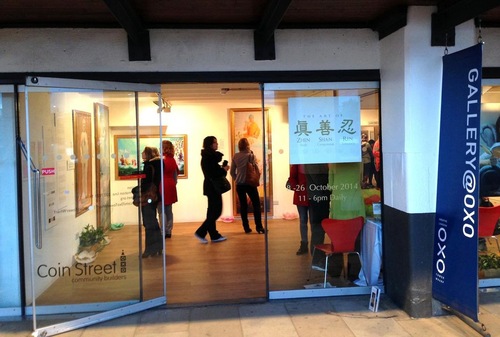 The Art of Zhen, Shan, Ren International Exhibition at the Gallery@OXO 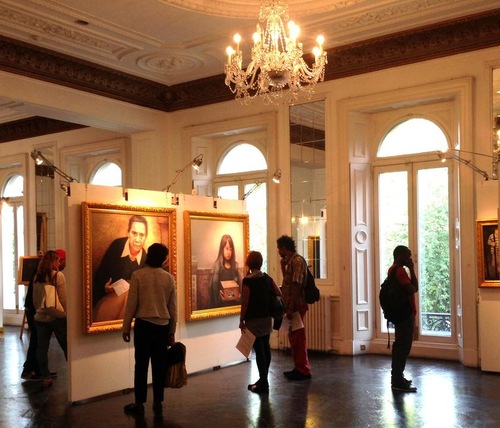 The spirit of Falun Dafa cultivators, and the brutal persecution of Falun Dafa shown in the artworks touched many souls, including professional artists.

Art Collector and Dealer: “Wake people up in England to what is actually going on.” 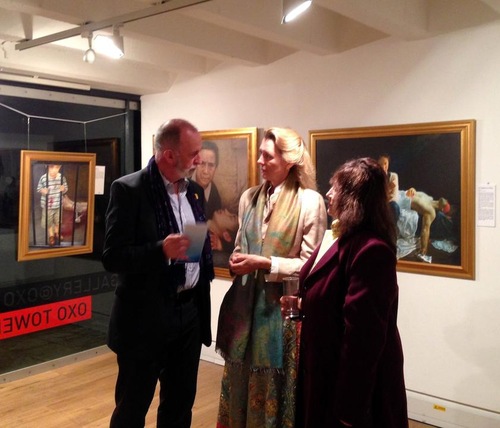 Julia Korner, an elected member of the British Antique Dealers’ Association, the British Association of Paintings Conservator Restorers, and a couple of artist associations, spoke at the opening ceremony of the exhibition.

Ms. Korner said, “I think this exhibition deserves to be advertised as much as possible. Please go out there and pass the word on. These pictures tell such a crucial, vital story, and I have untold admiration for the courage of these artists to put on an exhibition like this.

“You look at these pictures and they move you to tears, and you see the quiet, silent protest that comes out, and the peace. The way these tortured individuals are depicted in the paintings are able to stand outside their own oppressed bodies and stand up for justice, and look the grim horror of torture in the face. I am truly touched by what this society tonight, this charity, is doing to wake people up in England to what is actually going on.”

Fashion Designer: “I see it as a battle between good and agents of evil.”

Norah, a local fashion designer, was one of the guests who was touched by Falun Gong practitioners' peaceful resistance to the persecution. 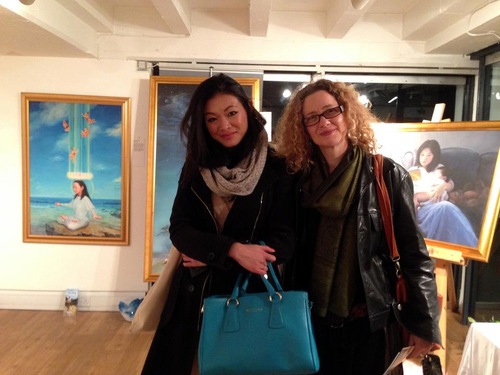 Norah, a local fashion designer, and her friend Victoria at the exhibition

She said, “When you look at it like that, personally I really see it as a battle between good and agents of evil. But the strangest thing is the painting of the woman who levitates called “Shock,” when people see this or witness miracles, they suddenly get the sense that there is something greater than their own power, and that’s when things can shift people.

“There is a saying that comes to mind as well, 'Evil flourishes when good men do nothing. You will become a partner in the crime if you don’t stand up and speak. It takes courage, but why are we here if it isn’t for our fellow man?'”

Terasa Potocka, the founder of a private media company Potosky Communication, felt the same way about the painting “Shock.”

“The painting with the girl being elevated (bathed in noble light) is a theme having to do with violence being invisible, so you can’t necessarily see it. So she is actually the icon for the community and the society who helps people believe in something, to have faith, as we were discussing it.”

To Ms. Potocka the artworks are “About finding your own identity, finding what you can do, and give back to the world and help other people through what you are doing, which is very powerful. It is like carrying a message forward that helps and enlightens others.”

She said, “Because of how much thought has gone into them, each artwork has a really powerful message.” 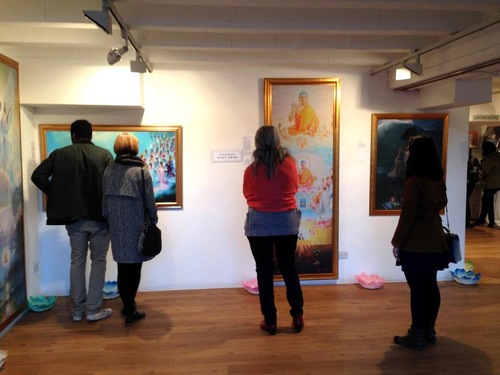 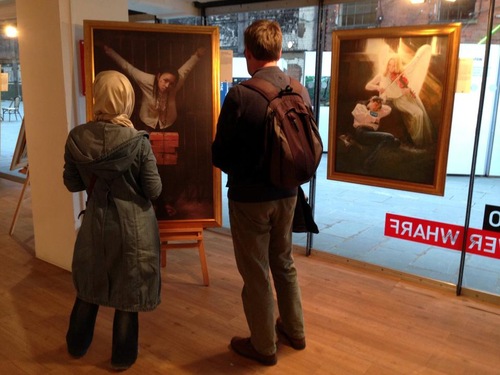 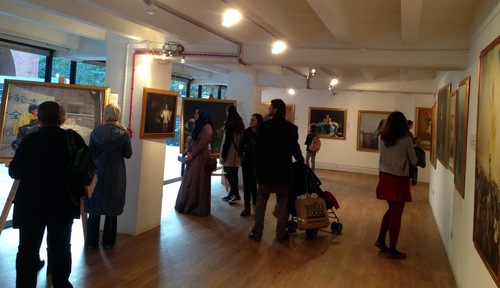 As the manager of IL Bottaccio said at the opening ceremony, “The artworks manifest the core value of Falun Gong—Truthfulness-Compassion-Forbearance, simple but very powerful, and Falun Gong practitioners follow this principle resisting the evil persecution.”