(Minghui.org) The Nine Commentaries on the Communist Partywas published by the Epoch Times in Chinese in November 2004. The editorial series raised awareness of the Chinese Communist Party's (CCP) nature, and has resulted in more than 180 million Chinese people withdrawing from the Party and its affiliated organizations. 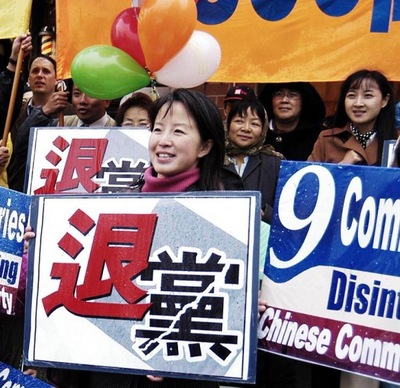 Rally raises awareness of the Nine Commentaries on the Communist Party and supports withdrawals from the CCP. 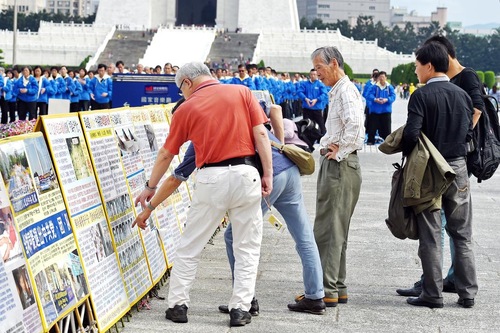 The violent history and the inhuman nature of the Party is described in the Nine Commentaries. The CCP has used violence and lies to take power and maintain control of China. It initiated various political movements, and caused great famine, resulting in the deaths of over 80 million innocent people. The Party has systemically destroyed Chinese traditional culture, and undermines morality in China. The CCP also initiated the brutal persecution of Falun Gong in 1999.

Upon reading the Nine Commentaries, Chinese people are shocked to learn that the Party is the root cause of the existing social chaos and suffering in Chinese society. Many come to understand that China's only hope for a bright future is the Party's disintegration. 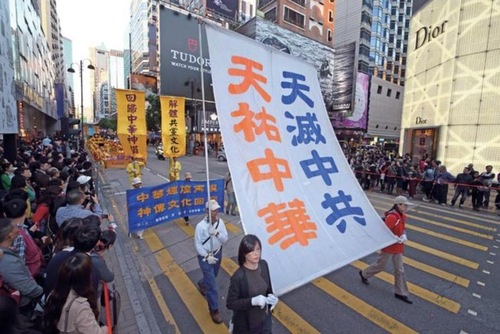 Falun Gong practitioners march in Hong Kong to oppose the persecution, and promote withdrawals from the CCP.

The United States Congressional-Executive Commission On China held a hearing on Falun Gong in the U.S. Senate on December 18, 2012, and adopted the 27-page detailed report on withdrawal from the CCP into the National Archives. The report was prepared by Global Service Center for Quitting the CCP.

The report states that withdrawal from the Party is a movement not promoting overthrow of the CCP, but individual spiritual awakening. The demise of the Party will be the result of its violent and inhuman nature. It can be argued that the CCP regime is the worst in Chinese history, and that the China itself will persist after the Party disintegrates.

Mr. Zhong Weiguang, a well-known scholar in Germany who studies totalitarianism, said, “The Nine Commentaries completely describes the nature of the Party. The withdrawal from the Party is an unprecedented movement to disintegrate evil, and is unique in method and impact. In Eastern Europe, there was neither such a systemic description of the communist party, nor a movement to withdraw from the party, causing it to disintegrate, during a half-century effort against the communist totalitarianism.

“Everyone knows that the CCP is evil. It has killed tens of million of people, and harms almost every family. Falun Gong practitioners advise people to withdraw from the Party, instead of treating the CCP members as enemies. They encourage people to learn the nature of the Party and renounce it for a spiritual awakening. This is a compassionate effort to forgive people.”

On December 3, 2004, the Epoch Times website received its first statement of renunciation from the CCP. Fifty overseas Chinese scholars issued a group statement to withdraw from the Party and its affiliated organizations in early 2005, which was a prelude to the movement of Chinese people renouncing the Party.

Falun Gong founder Mr. Li Hongzhi issued a statement to withdraw from the CCP's Youth League in February 2005. The number of withdrawals increased from a few hundred, to over ten thousand per day. The Global Service Center for Quitting the CCP and its branches were soon set up, and news of the withdrawals spread quickly in China. The number of withdrawals reached ten million in April 2006, 100 million in August 2011, and has now reached over 180 million. Every day more than 100,000 people withdraw from the Party or its affiliated organizations. The CCP is crumbling as a consequence. 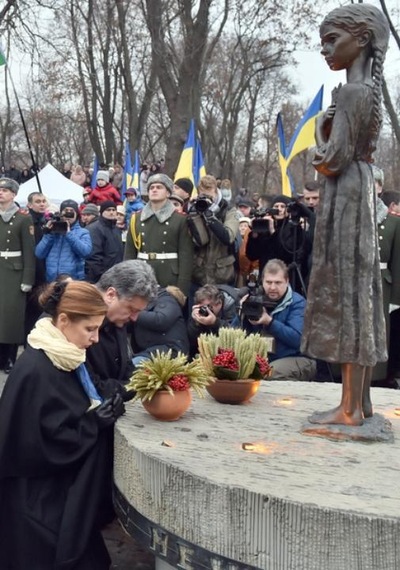 Ukrainian President Petro Poroshenko and his wife knelt in front of a statue symbolizing the loss of several million people who died in the great famine during communist control, on November 22, 2014.

The Nine Commentaries has been translated into more than 30 languages. More than 2,000 seminars, press conferences, and photo exhibitions have been conducted in nearly one hundred cities around the world. The book helps high-level politicians in many countries to understand the nature of the CCP, and eliminate any illusion about the Party's improvement.

The European Parliament passed a resolution in January 2006 to condemn the crimes of communist totalitarianism. The former communist countries, including Poland, Estonia, Latvia, Lithuania, the Czech Republic, and Hungary, passed bills or resolutions, and issued administrative orders banning the production, usage, collection, or spreading of communist party symbols, like red flags and the communist star. They want to eliminate the impact of the communist party, and regard communism as fascism complicit with genocide.

The United States House of Representatives passed Resolution 416 in October 2011, expressing support for the withdrawal movement in China, when the number of withdrawals reached 100 million.

Vice-President Edward McMillan-Scott of the European Parliament issued a statement in July 2012, expressing his support of the global withdrawal from the CCP. He stated that the peaceful movement of spiritual awakening brought hope to the international community, and a future without communism.

The Nine Commentaries and the global withdrawal movement is changing China, and brings hope to the world.