The symposium on “Trafficking in Human Beings for the Purpose of Organ Removal” took place on November 21 at Europol Headquarters at the Hague in the Netherlands. Practitioners collected signatures for a petition, demonstrated the Falun Gong exercises, displayed banners, and told attendees about the European Parliament's resolution condemning the crime against humanity in China.

Some attendees encouraged practitioners to continue raising awareness of the atrocities. One of them worked for Europol and said he knew that Falun Gong practitioners in China are killed for their organs and that it should be stopped. He added the Chinese Communist Party's crimes are a severe violation of human rights.

A symposium attendee from the Netherlands told practitioners, “An independent reporter just told us what's going on in China. You're doing a great job. We need to do more to stop this crime. We need to know more about what's happening. I support you.”

Another attendee from South Korea said many of his colleagues are aware of the organ harvesting in China.

An EU Parliament Member said he had been actively supporting Falun Gong practitioners' efforts to peacefully resist the persecution in China. He left his contact information for practitioners to continue sending him updates. 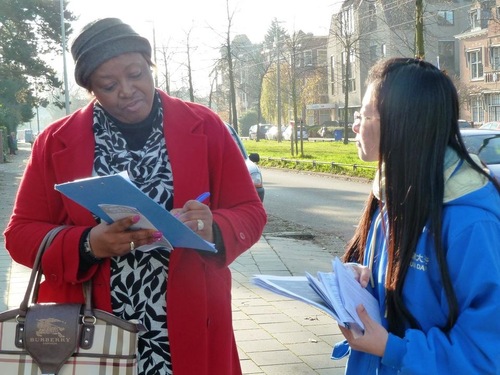 Attorney Petunia I. Seabi from South Africa signed the petition to call for the end of organ harvesting in China

Attorney Petunia I. Seabi with South Africa's Department of Justice was in the Hague for a different conference. She spoke to a practitioner during the lunch break, took a flyer, and signed the petition to call for an end to organ harvesting. She said she would pass the information to others. 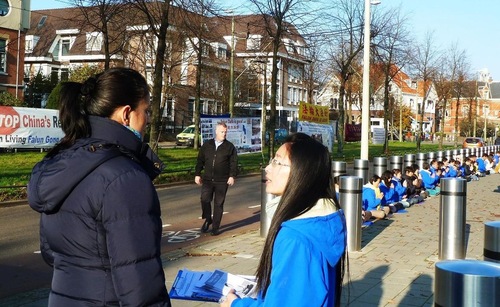 Cristina, a police officer part of Europol, signed the petition to lend her support.

In addition to imprisonment and torture, Falun Gong practitioners are subjected to thorough physical examinations, including blood and tissue type tests. China's hospitals boast the ability to find a compatible organ in two or three weeks, and even a backup organ if the first surgery fails.

Under the Communist regime's violent repression campaign against Falun Gong, those involved in organ harvesting are able to avoid legal repercussions while raking in profit. 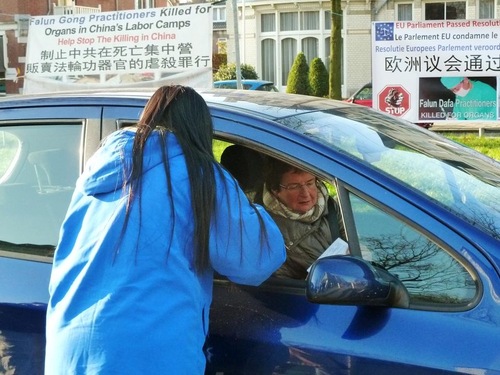 Ms. Zaat stops by in her car to learn about organ harvesting in China 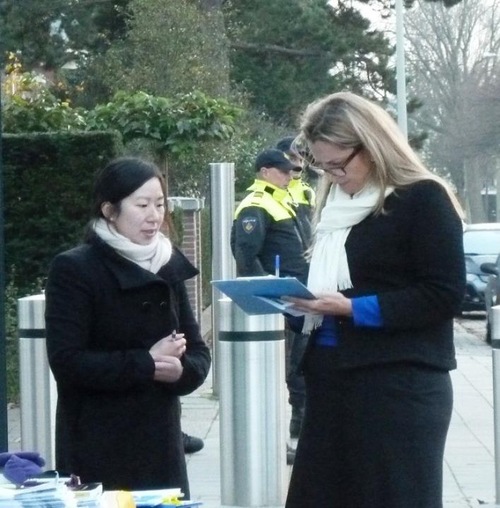 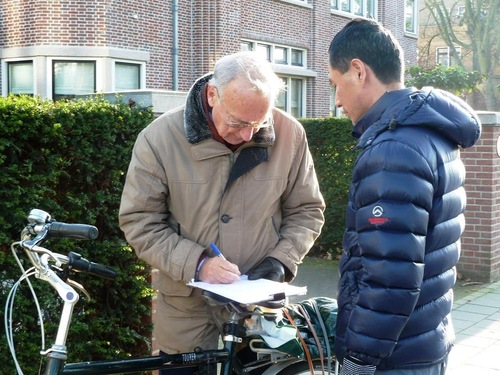 A passerby signed the petition to condemn the persecution 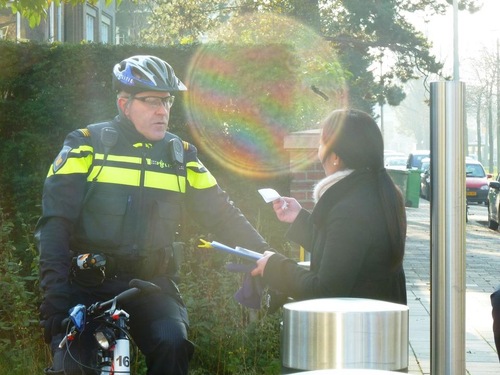 A Falun Gong practitioner informs police officer about the persecution 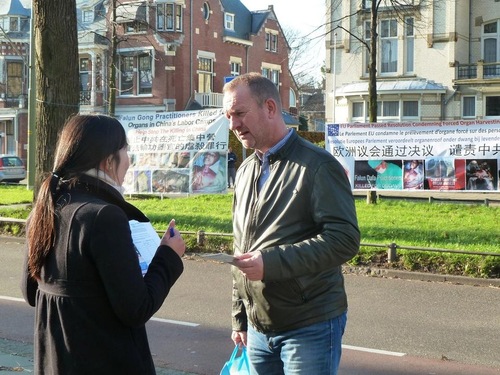 A pedestrian speaks to a practitioner to learn about organ harvesting