(Minghui.org) At a very young age, Mr. Wang Bailu realized he was different from other children. His celestial eye was open and he could see scenes in other dimensions. He was also born with an allergy to meat, which forced him into a strict vegetarian lifestyle.

As he grew into a young man, Mr. Wang was able to see minor scenes from the future. He could predict the questions that would be asked on an upcoming college exam, for example. But he found these things trivial compared to what he really wanted. He was searching for the reason he had come to this world, and he wanted to know where he would go after death.

Mr. Wang longed to find a cultivation method that could provide him with answers to his questions and guide him to high levels. He tried many different practices. After searching for three long decades, he finally came upon Falun Gong and Master Li. 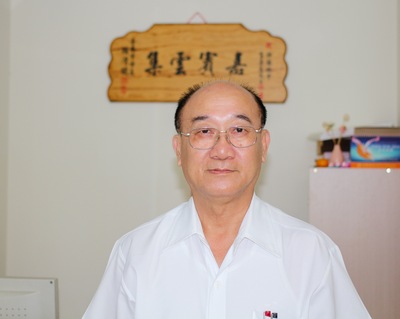 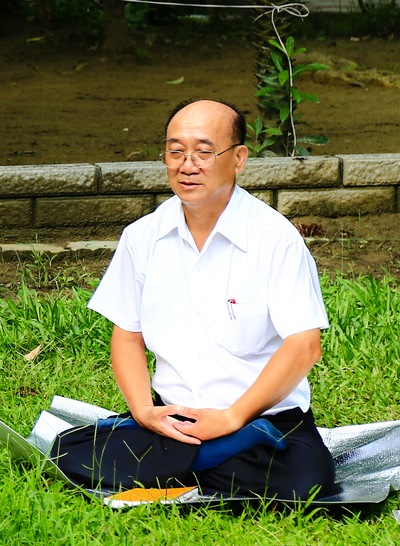 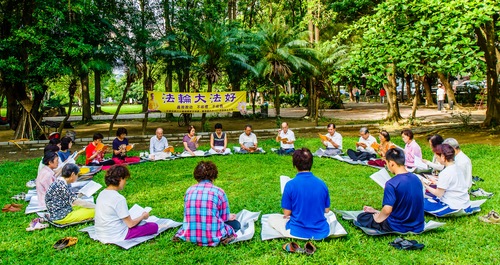 Practicing Falun Gong has improved Mr. Wang's physical and mental health. Being unable to eat meat had made it difficult to keep his body in optimum condition with adequate nutrition. But since practicing Falun Gong, he found the meditation could help his body remain physically healthy.

Mr. Wang at 68, feels energized. He admires Falun Gong's profound teachings and marvels at its power to enable genuine practitioners to elevate their realm of mind.

With an engineering degree, Ms. Wang could have landed a prestigious job with good pay, but what he truly wanted was more time to focus on cultivation. He decided to become a science teacher.

He tried a variety of cultivation practices, but was not satisfied with any of them. He read spiritual and religious books written by both Chinese and foreign authors. Some of the books discussed prophecies about the Dharma Ending Period (according to Buddha Sakyamuni, the Dharma-Ending Period was to begin five hundred years after his death, at which point his Dharma would no longer be able to save people), and it mentioned a Teacher named Li, who would come to the world to save sentient beings. Mr. Wang thus embarked on a mission to find this teacher.

Mr. Wang read just 17 pages, and suddenly thought, “This is what I have been searching for these past 31 years.”

Zhuan Falun talks about deep and profound principles of the universe and cultivation. After reading the book, Mr. Wang felt Falun Gong 's teachings could guide people to reach consummation. He felt that Master Li’s lectures were very clear and easy to understand, and that practitioners of Falun Gong could get all their questions answered through reading this book.

“What we will talk about later are all principles for cultivation practice at high levels. I am incorporating things from different levels in the teaching. They will thus always play a guiding role in your future cultivation practice. I have several books, audiotapes, and videotapes. You will find that after watching and listening to them once, they still guide you as you watch and listen again after a while. You are also constantly improving yourselves, and they continually guide you—this is the Fa.” (Lecture One, Zhuan Falun)

Mr. Wang has seen the place where he was originally from. He knows that through reincarnation, he has gone through various lives preparing to find Master Li. He also knows that he made a vow that once he found a genuine cultivation method, he would help other people join him to cultivate Falun Gong and return to their original home.

Mr. Wang and his brother are both local volunteer coordinators in their area. Since more and more people have joined their group, they have split their group in two.

Mr. Wang and a few other practitioners have travelled to Tainan more than 25 times over the years to tell his friends from other practices about Falun Gong's ability to help people elevate to high levels.

His sincerity and perseverance has touched his friends’ hearts, and, despite practicing other exercises for several decades, many of them now practice Falun Gong.

Ms. Huang’s family had practiced a different school for more than 60 years before Mr. Wang introduced Falun Gong to them. Like Mr. Wang, Ms. Huang could also see scenes from other dimensions since her childhood. She said she was deeply touched by Master Li’s words, which encouraged her to start practicing Falun Gong:

“We will straighten out all these matters and, by preserving the good part and removing the bad part, ensure that you are able to practice cultivation later. However, you must be here to genuinely study this Dafa.” (Lecture One, Zhuan Falun)

Through her celestial eye, Ms. Huang could see that she had started climbing a heavenly ladder when she began cultivating in Falun Gong.

When Teacher’s new lectures are published, Mr. Wang makes 200 copies so everyone can have a copy. He takes them to practitioners who were absent from the practice site, and he mails the lectures to those who have moved away, often contacting them to see if they need any help from him.

He carries a large bag to the practice site with extra copies of Master’s lectures and books in case some fellow practitioners do not have the materials with them.

Most people initially come to practice Falun Gong to heal their illnesses. Mr. Wang shares his experiences and understandings with them, and encourages them to study Master’s teachings. After practicing the five exercises every day, they spend an hour and a half studying Zhuan Falun.

During the first nine days of each month, they watch Master’s lecture DVDs with new practitioners. They have been doing this for more than 12 years. Many practitioners have become more compassionate and physically healthy. Elderly practitioners look very young and energetic. A few practitioners who were illiterate before practicing Falun Gong have now learned to read Master’s books.

“Reciting the Fa Helps Me to Look Within for My Attachments”