(Minghui.org) Twelve years ago, several practitioners in Heilongjiang Province successfully tapped into state-owned television to broadcast programs exposing the persecution of Falun Gong. In retaliation, the police launched a large-scale arrest of the participants. They later offered a 50,000-yuan reward for any information on the few practitioners who had eluded them.

Huang Min (黄敏), a former lecturer at Jiamusi University, was among those the police were after. To avoid arrest, he made a difficult decision to leave his physician wife behind and go into hiding. 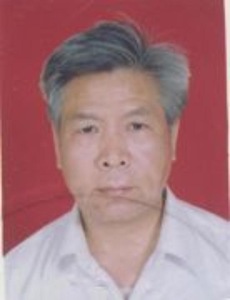 He was captured a year later in Weihai, Shandong Province, about 960 miles away from his hometown. His wife rushed from Heilongjiang to Shandong to attend his trial, but her trip was in vain. The court had secretly sentenced her husband to 20 years without her knowledge.

Eleven years have passed since Mr. Huang was sent to Shandong Province Prison in Ji'nan City in 2003. Every day he is subjected to physical and mental abuse. Once a healthy man, he is now 71 and in deteriorating health. He suffers from high blood pressure and has difficulty urinating.

Mr. Huang's 9-year-old granddaughter didn't even know of his existence until last year, when his wife was allowed to visit him for the second time during his 11 years of imprisonment. For Mrs. Huang, this was the second time she had seen him in ten years.

The little girl and the rest of the family are anxious for Mr. Huang's return, but the authorities refuse to release him and continue to have him tortured. His family is asking for help to bring him home.

Zhang Leiguang (张磊光), head of the prison's No. 11 ward, and Li Wei (李伟), political instructor of the No. 11 ward, instructed guards to put Mr. Huang under “strict monitoring.” They locked him in a solitary cell, forced him to sit on a small stool, and didn't allow him to sleep.

They also ordered inmates to torture him.

A teenage inmate was assigned to make sure that he didn't sleep. The teenager alternated sitting on his body, sitting on his shoulder, pushing his head, touching his eyes, pinching his nose closed, and shouting in his ears. He tortured Mr. Huang for several months.

Once Mr. Huang fell asleep. When another inmate woke him up, he asked Mr. Huang, “Do you hate [the guards]?” “No,” answered Mr. Huang, “Because I am a practitioner, a Falun Dafa disciple.” The inmate was moved to tears.

Practitioners were ordered to do manual labor to generate revenue for the prison in 2013. Mr. Huang refused to do the work. He told the guards, “I won't do the work. I haven't committed any crime. I am not a prisoner!”

Mr. Huang worked as an engineer at Jiamusi Television Factory before he became a lecturer at Jiamusi University in 1985. By then, however, he had many health problems, including pleurisy, chest hydrocephalus, and liver and gallbladder enlargement. He also suffered from a severe nervous breakdown. He was not able to teach for eight years, until he regained his health after practicing Falun Dafa.

When the CCP started persecuting Falun Dafa in 1999, Mr. Huang was fired from his job and had no income.

Mr. Huang went to Beijing to appeal for justice for Falun Dafa in December 1999. He was arrested and detained at the Jiamusi Detention Center for seven months. His hair, beard, and eyebrows all turned white. He lost a great deal of weight, trembled incessantly, and could not stand up straight. Because he was in such dire physical condition, the authorities gave in to his family’s demands and released him.

Mr. Huang went to Beijing again in June 2000, after he was released. He was put in the Jiamusi Forced Labor Camp for a year. He was locked in a solitary cell and forced to sit on a small stool. He was covered in scabies and could not wear normal clothes without severe discomfort.

“Podcast (Cultivation): “From Junior High to University, from One Person to a Group, I Grew Up and Matured Amidst Dafa””