(Minghui.org) Shen Yun Symphony Orchestra performed at Roy Thomson Hall in Toronto, Canada on October 16 after four shows in Boston, New York, and Washington D.C. This was the first season for which the orchestra traveled outside the United States.

The orchestra's signature blend of classical Western and traditional Chinese music won over the audience, who gave the musicians a standing ovation. 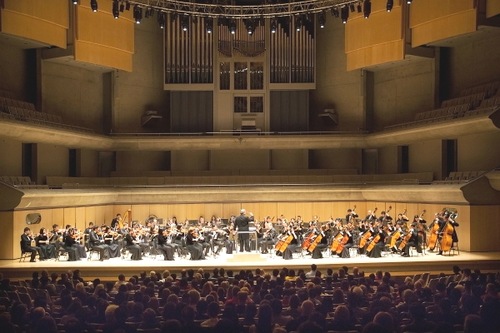 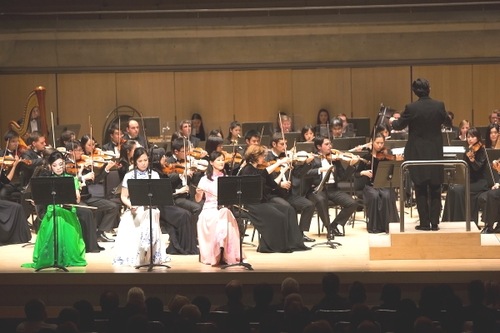 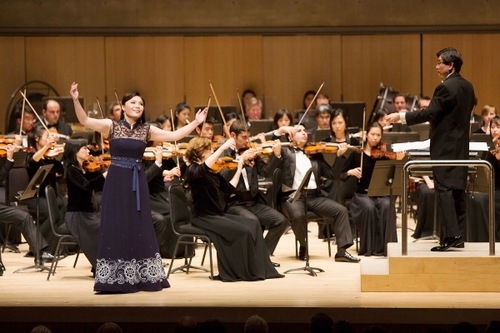 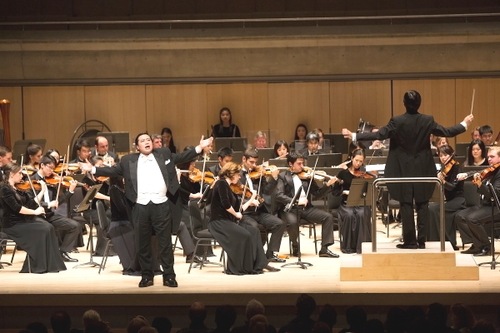 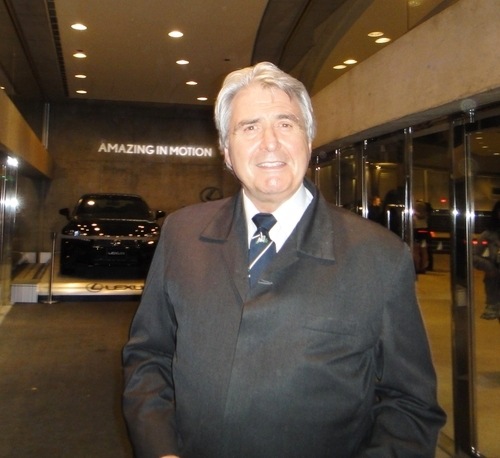 Kerry Stratton, Conductor of the Toronto Concert Orchestra and Wish Opera, had seen Shen Yun Performing Arts, the classical Chinese dance and music performance. He came back for the concert.

“I don’t think I will see two concerts like this all year. How can there be another one? I would have to follow this orchestra,” Mr. Stratton said.

Mr. Stratton has conducted for numerous prominent orchestras around the world, including the Czech Philharmonic, the Budapest Concert Orchestra, and the Prague Chamber Philharmonic.

Mr. Stratton also praised the abilities of the conductors. “These conductors … kept the accompaniment just underneath of [the erhu], so they allow the erhu to sing, which is its big strength, it sings, so that’s why I think the combination was successful,” he remarked.

What particularly impressed Mr. Stratton were the focus and uniformity of the violin players.

“I would like to kidnap them!” he said jokingly.

Unique Blend of East and West 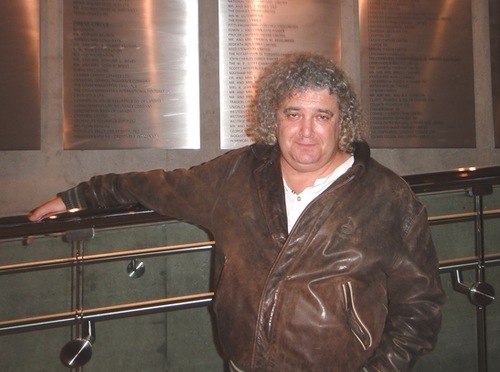 Alex Khaskin, a composer for film and TV whose works have been featured in many Hollywood and Canadian productions, said he enjoyed the performance very much.

“I like the blend of it. It’s Eastern music orchestrated in a Western way,” Mr. Khaskin said, noting that it was the first time he has heard this combination.

Mr. Khaskin, who is originally from Russia, said he was pleasantly surprised to hear the orchestra perform a piece by Russian composer Mikhail Glinka.

He praised the musicians for their overall performance and coordination.

“[The] musicians are good, very tight. You can tell there’s a lot of rehearsal involved,” he said.

Ms. Song said the combination of East and West was very nice and that the musicians performed with great expressiveness.

Comparing Shen Yun to typical western orchestras, Ms. Song said, “it is more representative. Its effects are better than those of pure western orchestral music. [Shen Yun] is more meaningful.”

Predicting that Shen Yun will be widely welcomed in the future, Ms. Song said, “Especially with the combination of East and West, Shen Yun will be very popular! It is different from others. If it's completely Chinese music, many foreigners won't understand. If it's completely Western music, because it's too common here in Toronto that you can see it often, there's no freshness,” she said.

Shen Yun Symphony Orchestra will continue its North America tour in Chicago on October 21, Miami on October 25, and Sarasota on October 27. Information on upcoming performances and tickets can be found at http://www.shenyun.com/symphony.

“Keeping Up with Fa-Study, Doing the Exercises, and Clarifying the Truth in Prison”