(Minghui.org) Nearly 1,000 practitioners from more than 30 countries attended the 2014 European Falun Dafa Experience-Sharing Conference, held in Madrid, the capital of Spain, on October 5, 2014. Among them were hundreds of Chinese practitioners who currently live in Europe, or recently traveled there from China. They told Minghui correspondents that they had benefited significantly from the Fa conference, parade, rally, and other activities.

Clear Contrast Between Europe and China

Ms. Zhao, who came from China to live in Spain in 2006, said this was the first European Fa-conference she had attended. “I could tell that the practitioners were sharing experiences from their hearts. It really touched me.”

Seeing about 1,000 practitioners participating in the the large-scale activities in Madrid, Ms. Zhao recalled two smaller-scale Fa Conferences she had attended in China. “Due to the suppression in China, we had to hold such conferences secretly.” The first one was in 2000, and about 20 practitioners came. “It was in a hotel, and we were on alert at all times, because police could come at any time to arrest us. We all felt very sacred, since making the conference happen was itself a success.”

“The second Fa conference I attended was held in 2008. Practitioners cherished this opportunity, and the sharing was a big push for our local practitioners to cultivate diligently.” But police then arrested the conference organizer, a college professor in her sixties. “That practitioner was tortured to death within several days.” 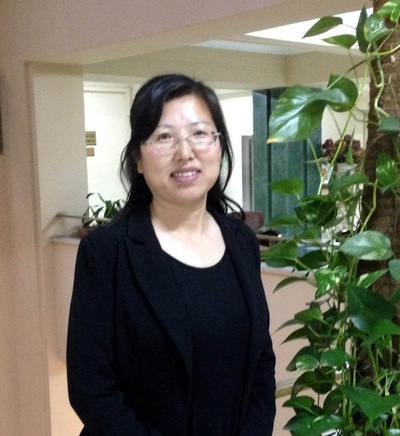 Ms. Zhao, who came from China to live in Spain in 2006, recalled two smaller-scale Fa Conferences she had attended in China.

Ms. Zhao was very happy to see so many people learning about Falun Gong through these activities in Madrid, “I am glad that they support Falun Gong, something so beneficial and righteous.”

Swiss practitioner Ms. Wang, who was also attending the European Fa Conference for the first time, was in tears several times while listening to other practitioners share, “I was detained and tortured for practicing Falun Gong back in China.” When holding the banner reading, “Falun Dafa is Good,” she recalled the situation back in China, “Many practitioners wanted to risk their lives going to Tiananmen Square and calling out aloud, 'Falun Dafa is good'. While doing something like this is easy and straightforward, I am so grateful.”

Ms. Wang said practitioners were one cohesive body, whether they lived in China or overseas. “Some tourists came and quit the CCP here, and some moved on to another tourist site and quit there. As long as they agree to quit, we have fulfilled our responsibility.”

Stepping Forward to Clarify the Truth, and Doing it Well

Mr. Wu, a business owner living in the Netherlands, said that he first started practicing Falun Gong in 1996, as a college freshman in China. “I learned a lot from other practitioners, especially their perseverance. For example, regarding working on a project you never tried before, putting in efforts on it, and working things out. This is something I have not done well in the past.” “I also found the gap between myself and other practitioners, such as as letting go of the attachment to comfort. Another area that I need to improve is balancing well cultivation, work, and life. One practitioner suggested that we should first cultivate ourselves well. That is very helpful.”

When joining the truth-clarification activities at tourist sites in Madrid before the Fa conference, Mr. Wu distributed pamphlets to Chinese people on Friday and Saturday, and encouraged them to quit the CCP organizations. Ten people agreed to do so each day. “I often do this in the Netherlands, and sometimes 20 Chinese quit the CCP organizations within one or two hours.” He said it was important to consistently step forward to clarify the the truth, and do it well.

“I Need to Do Better Making Phone Calls to China”

Ms. Bi from the UK came to the Fa conference with her husband and two-year-old granddaughter. “I was severely persecuted in China for practicing Falun Gong.” She came to the UK six years ago, and had been making phone calls to China telling people the facts about Falun Gong.

“I learned a lot from other practitioners while listening to their experience-sharing,” she said. “They have been going to tourists sites in all kinds of weather to help Chinese people learn the facts about Falun Gong and quit the CCP organizations. They have worked much harder than me. I need to do better in making phone calls to China.” 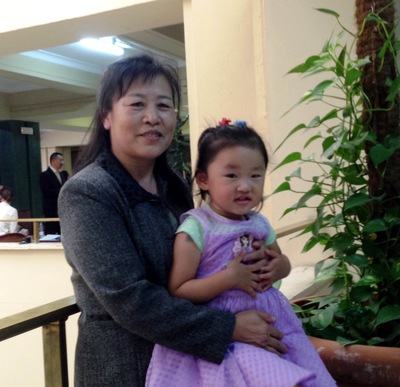 Ms. Bi from the UK said she could do better in making phone calls to China.

Ms. Zhang, who started practicing ten years ago, is one of the first Polish practitioners. She had attended European Fa conferences many times, and found them very helpful for all practitioners.

“I was in tears while listening to practitioners share this morning, especially on clarifying the truth better and looking within,” she said. “We went to a Chinese restaurant to eat after the Fa conference, and spoke with the owner about quitting the CCP organizations. He gladly quit the CCP's Young Pioneers.”

Ms. Zhang was happy to see support from local residents and tourists during the parade, “They smiled, waved their hands, and took lots of photos. I was so touched,” she said.

“Understanding Master's Words: “They will distinguish the righteous from the evil, obtain true teachings...””