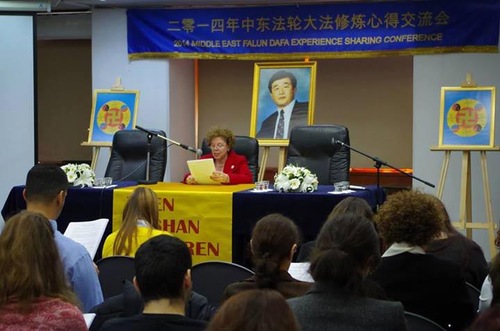 Derrin, a Turkish practitioner, shared the significant changes she experienced after taking up the practice of Falun Gong. For a long time, she couldn't eliminate her fear of life and work due to past tribulations and pressure. After experiencing the joy of cultivation practice and the differences a cultivator could make in her environment by changing herself, she finally eliminated these long-term fears. She now enjoys the lightness of cultivation.

Thalia Thedorou just recently started practicing Falun Gong. She shared with everyone a few of the wonderful things that have happened to her and how she became convinced of the beauty and miraculous nature of Falun Dafa.

Bela from Israel has been clarifying the facts to Chinese people, to help them see through the negative propaganda of the Chinese Communist Party (CCP) and understand the goodness of Dafa. She realized that she could help more people only by cultivating herself well. No matter what roadblocks she encounters during her truth-clarification, she searches inward for her attachments. The result of her efforts have become better each time, as she removes the attachments she discovers along the way. 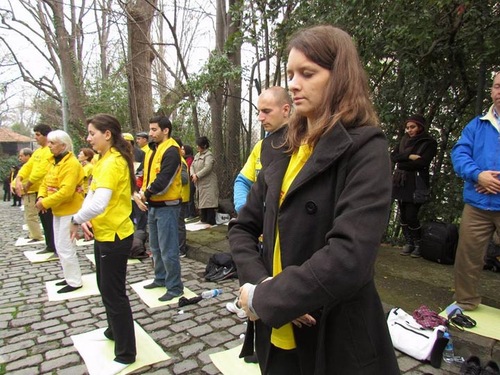 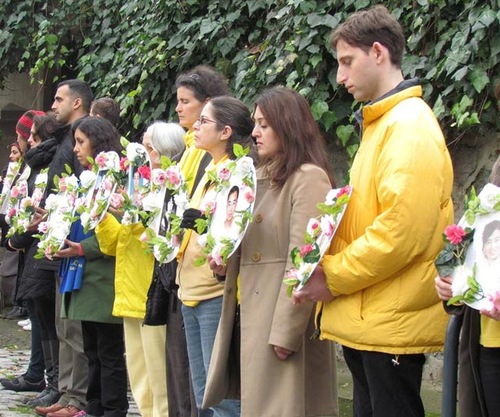 In front of the Chinese consulate in Istanbul, Falun Gong practitioners mourn for those killed in the persecution in China. 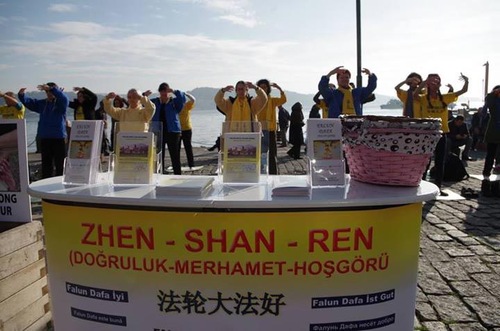 Group exercises in Ortakoy, a popular neighborhood for locals and tourists in Istanbul. 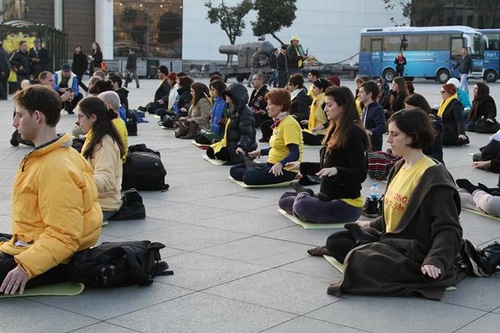 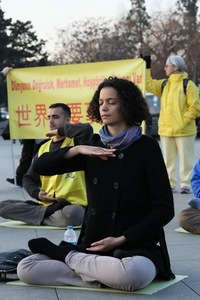 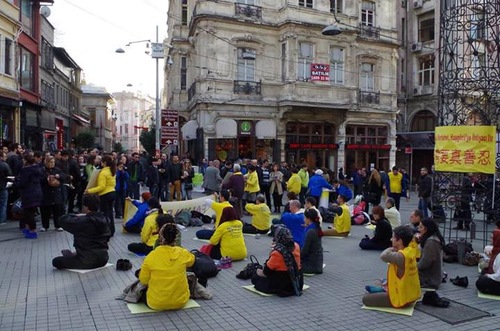 Group exercises and truth clarification outside of Beyoglu Subway, a subway stop near the prosperous walk-zone shopping area.

Emel, another Turkish practitioner, discussed experiencing the power of persistence in working for a newspaper run by Dafa practitioners. Whenever there were daunting difficulties, she persevered in her efforts. She said she subsequently arrived at a higher realm each time.

Practitioners held group exercises and other activities during the two days before the experience sharing conference.

The practitioners did the exercises together in front of the Chinese consulate in Istanbul on January 17, then took a bus sponsored by the Besiktas Municipality to demonstrate the Falun Gong exercises and distribute truth-clarification materials in Ortakoy, a popular neighborhood for locals and tourists in Istanbul. Another exercise demonstration was held on Besiktas Square the same day.

Practitioners gathered outside of Beyoglu Subway, a subway stop near the most prosperous walk-zone shopping area, on January 18. Thousands of flyers containing information about the persecution, especially the CCP's forced organ harvesting from living Falun Gong practitioners, were distributed to locals and tourists.

After the conference, many practitioners said that they learned a lot from the sharing and group activities. They expressed the need to cultivate themselves well in order to clarify the facts more effectively.