The brainwashing center would not meet with the lawyers and instead attempted to arrest them. 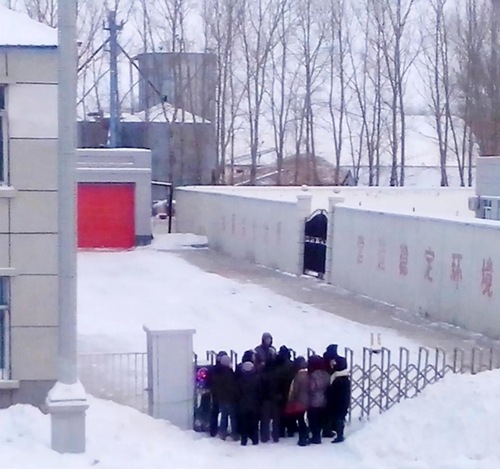 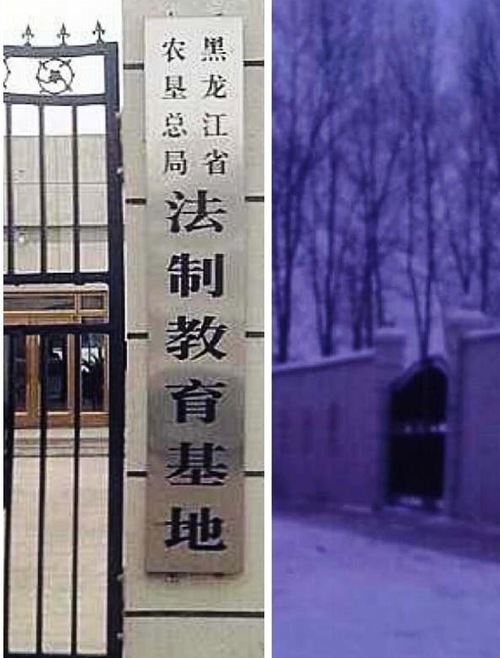 The Qinglongshan Brainwashing Center. The sign was taken off before the attorneys arrived.

The public name for the Qinglongshan Brainwashing Center is “Legal Education Center for the Agricultural Department of Heilongjiang Province.” The center is run by the Jiansanjiang Management Department and is notorious for persecuting Falun Gong practitioners.

From April 2010 to September 2013, more than 50 practitioners and their family members have been illegally detained in the Qinglongshan Brainwashing Center, according to the information gathered by Minghui.org. Practitioner Shi Mengchang and his wife, Han Shujuan, were arrested on September 23, 2013, and are still detained there.

The brainwashing center has tortured Falun Gong practitioners mentally and physically in order to force them to give up their belief.

When 44-year-old Chen Dongmei was taken there on September 3, 2012, a staff member told her: “Do you know where you are? This is a hell!”

Practitioner Yu Songjiang was tortured to the point of a mental breakdown after he was taken to the center in April 2010. When he recovered after his release, Mr. Yu hired an attorney to sue the brainwashing center. However, he was arrested once again on November 19, 2013, and taken back to the center.

Attorneys and Families Stand Up for Justice

The gate was securely locked, and the staff would not even turn on the lights.

As the group turned to leave, all street lights in the vicinity suddenly went out. This was likely done by the police in preparation for the arrest. The police checked all cars that passed by for the identities of the passengers.

In the evening of the same day, a witness saw three plainclothes policemen come into a snack bar near the brainwashing center and tell the owner: “Report strangers or any party with more than seven people. Recently, Falun Gong has been making trouble.”

At 6 a.m. on December 7, 2013, four Falun Gong practitioners from Qitaihe City, including Wang Pingzhong, Wang Liqing, Hu Yuzhong and Wang Xiaoyun, were arrested by plainclothes police while purchasing tickets at the Qinglongshan bus station to go back to their hometown. The police claimed that they were missing two persons, since they had planned to arrest six.

“Practitioners Outside China: We Must Not Use Master and Dafa’s Images So Casually”