(Minghui.org) When the New Year approaches, Falun Dafa practitioners around the world traditionally send greetings to the Minghui website. Along with the greetings are scores of homemade greeting cards, poems and photographs sent to respectfully wish our compassionate and selfless Master Li Hongzhi a Happy New Year. They express gratitude for Master’s compassionate salvation.

In this report, we present some 26 greetings, including 21 with images, sent to revered Master from Falun Dafa practitioners in the military in China:

Greeting were received from a practitioner working in the security department in an enterprise in Shandong Province, practitioners from the sanatorium for military retired cadres and the No. 63 Research Institute of PLA General Staff in Nanjing City, Jiangsu Province.

Practitioners from a Fa-study group in an army compound in Guangzhou City, Guangdong Province sent greetings, as did practitioners in the sanatorium for military retired cadres and practitioners on an army base in the Nanjing Military Region, Jiangsu Province.

Greetings were sent from practitioners in the Datong Defense Ordnance System in Shanxi Province, and in the defense system of China.

An elderly practitioner and a young disciple in a certain compound of Beijing General Staff, and ex-servicemen in Shaanxi Province also sent greetings. 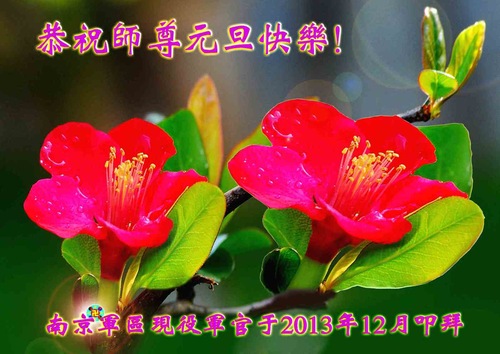 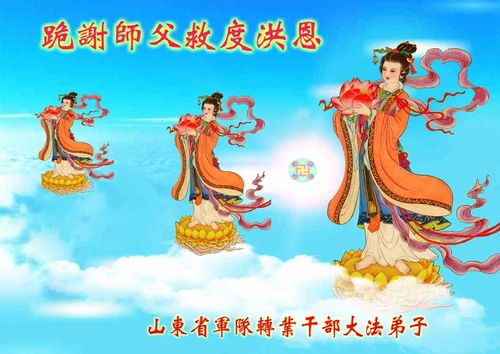 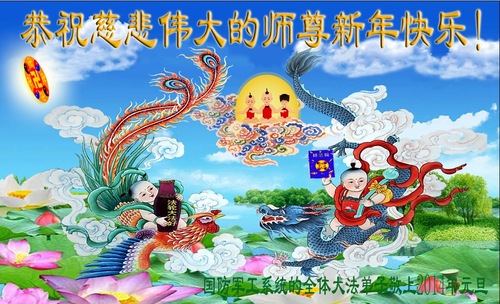 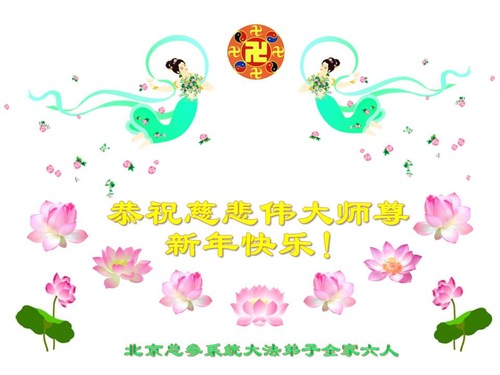 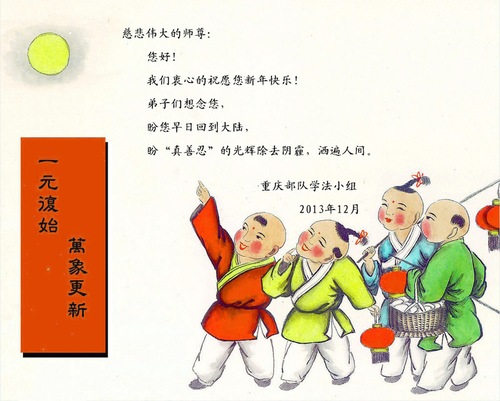 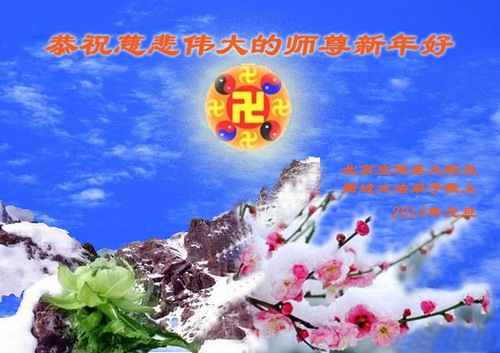 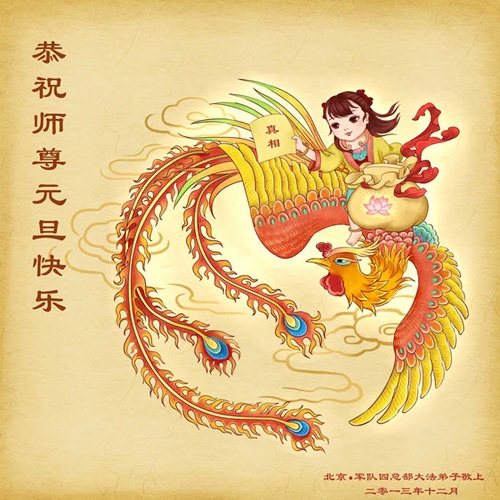 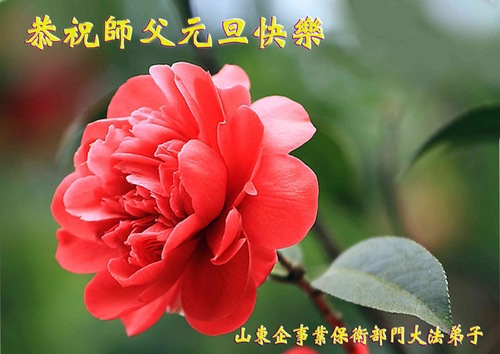 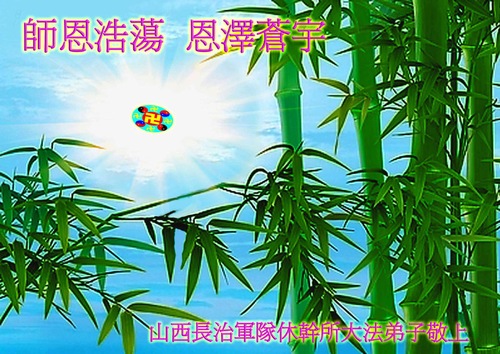 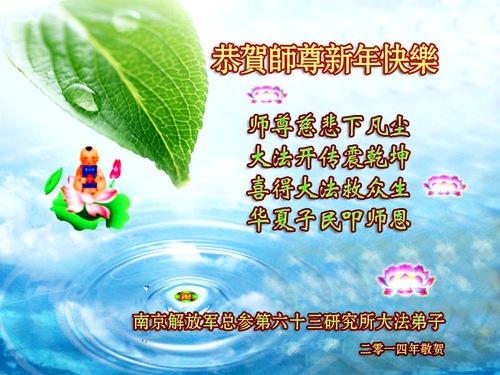 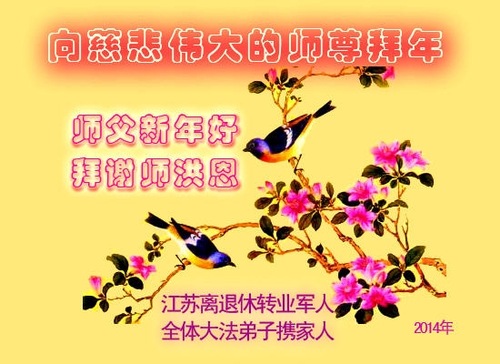 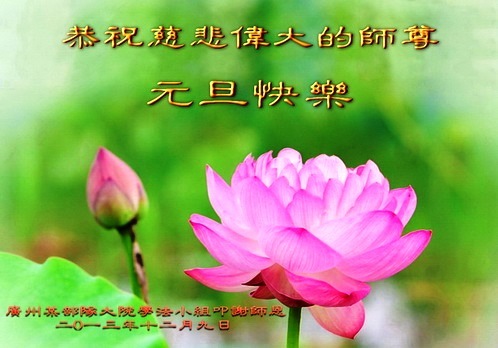 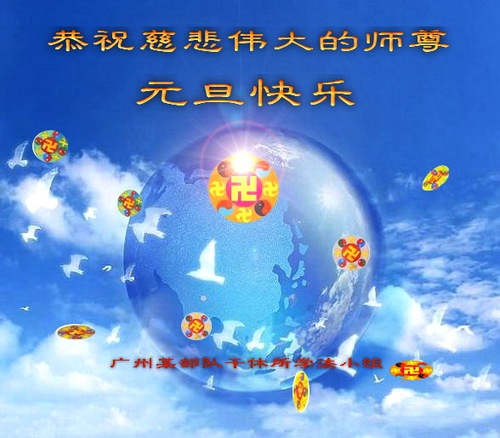 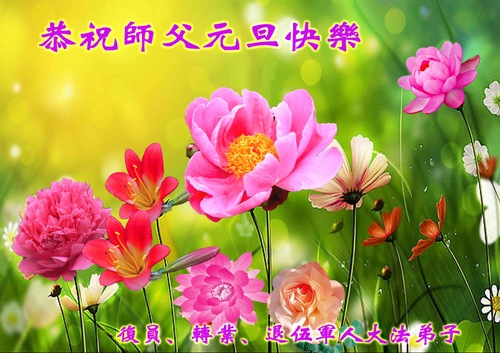 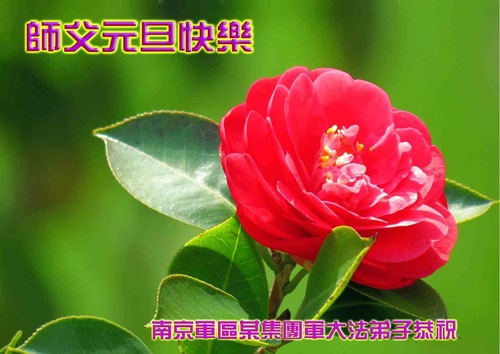 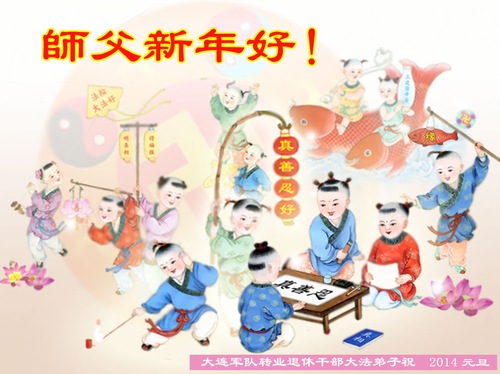 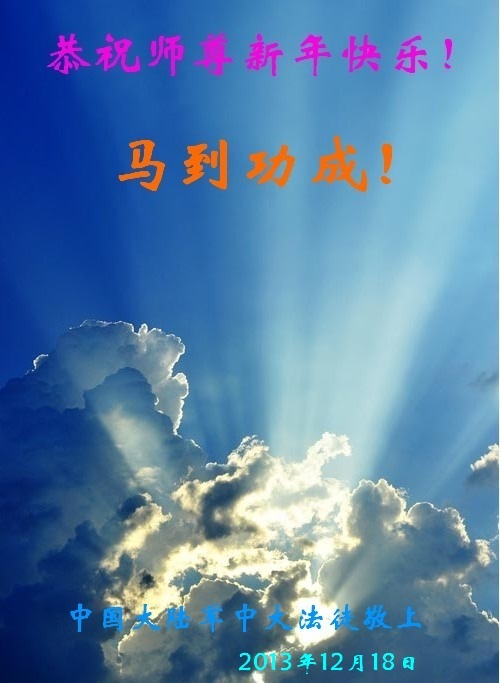 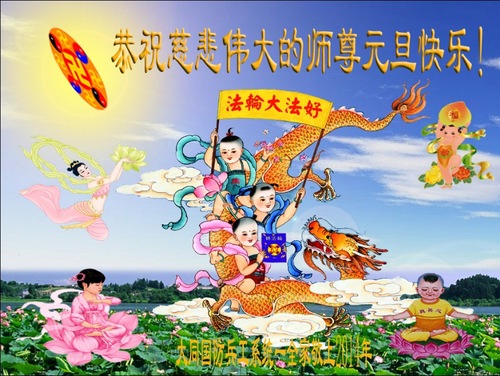 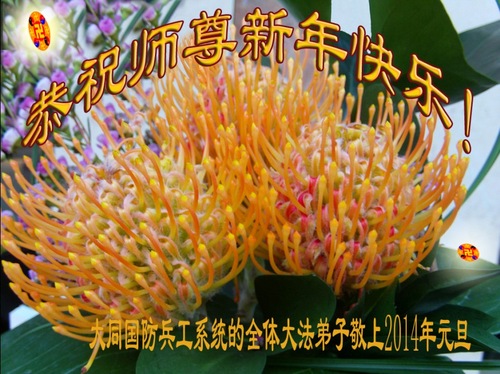 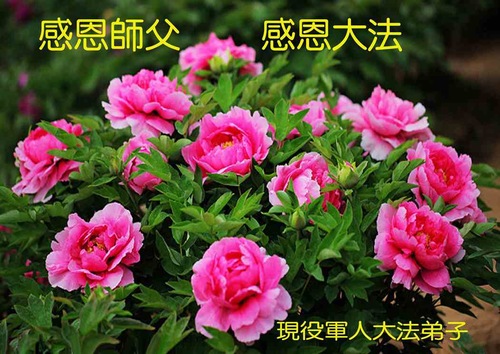 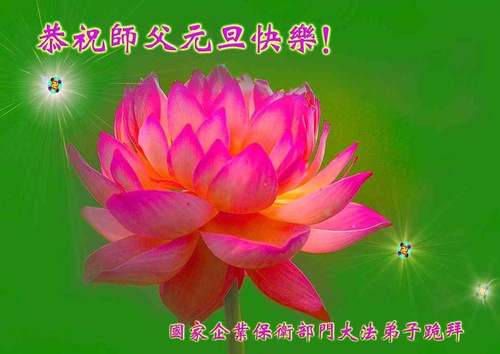