(Minghui.org) On August 25, local Falun Gong practitioners participated in the parade at the opening of the annual cultural festival in Warsaw, Poland. It was the seventh time that practitioners took part in this event. 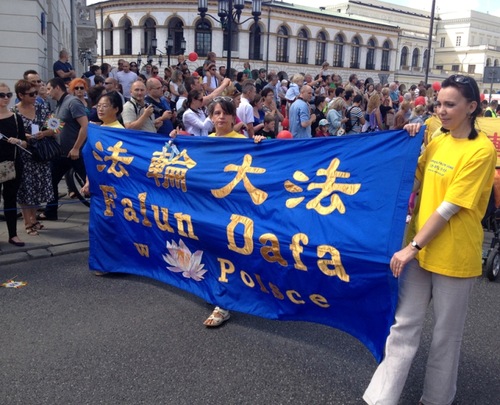 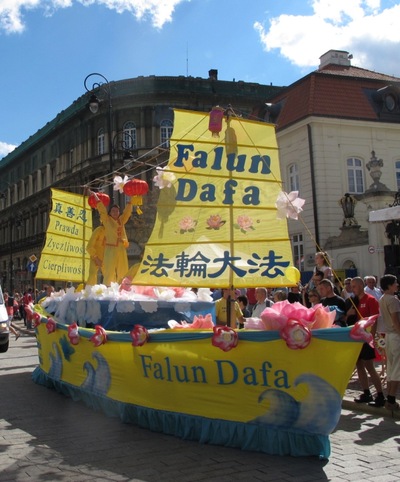 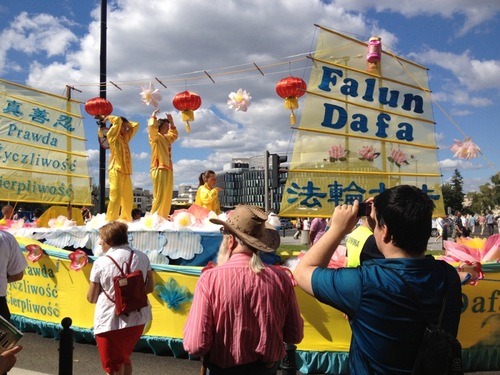 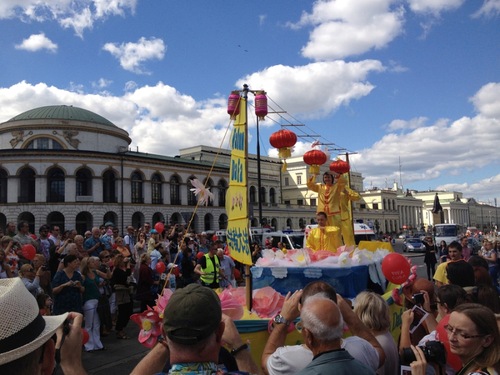 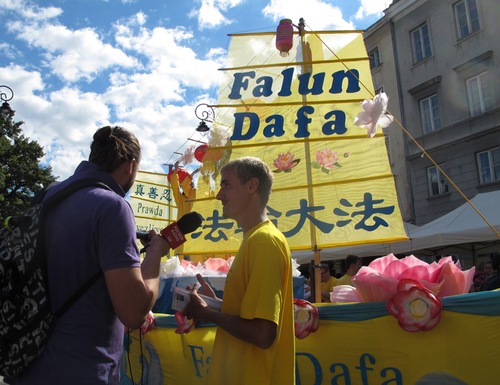 Reporter from a local media interviewing a practitioner. 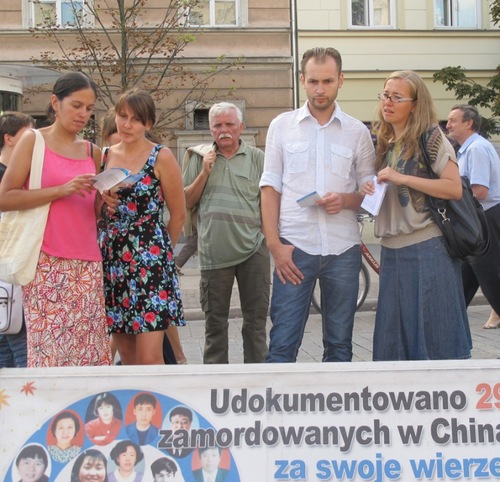 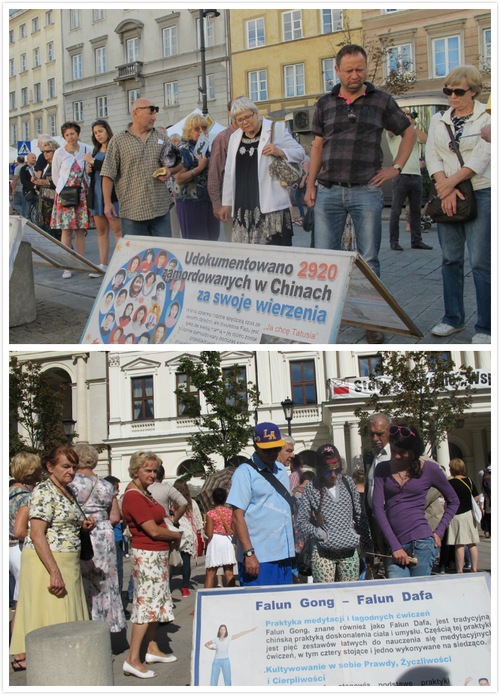 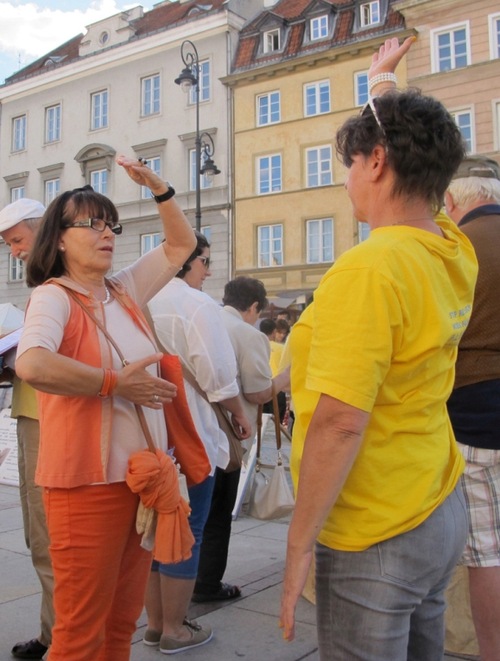 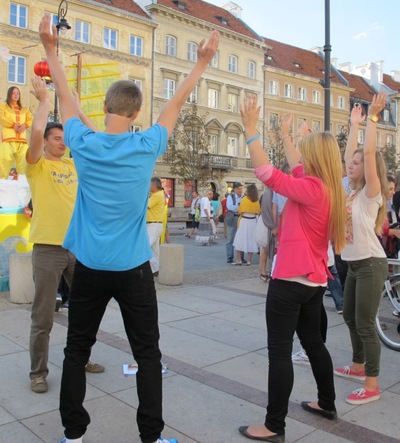 Practitioners' float and other performances in the parade were well-received. Many people took photos with practitioners and the float at the end of the parade, and many learned the exercises. Some asked for detailed contact information of the local exercise sites, and some people bought copies of Zhuan Falun.

Practitioners set up the truth-clarifying display boards, and many people stopped by to read them and sign the petition, expressing their support.

The wife of a couple that signed the petition said: “We cannot believe this. It is beyond our imagination. We saw your exercise demonstration. It was beautiful and peaceful. Why does the Chinese government persecute Falun Gong? They should promote it. The tortures, such as beating with electric batons and forced organ harvesting, is brutal. I am never interested in signature collections. But this is so serious, so both my husband and I signed. I hope that everybody signs it. We should all help to stop this crime. God bless you. Thank God that we don't have the communist party anymore in Poland.” 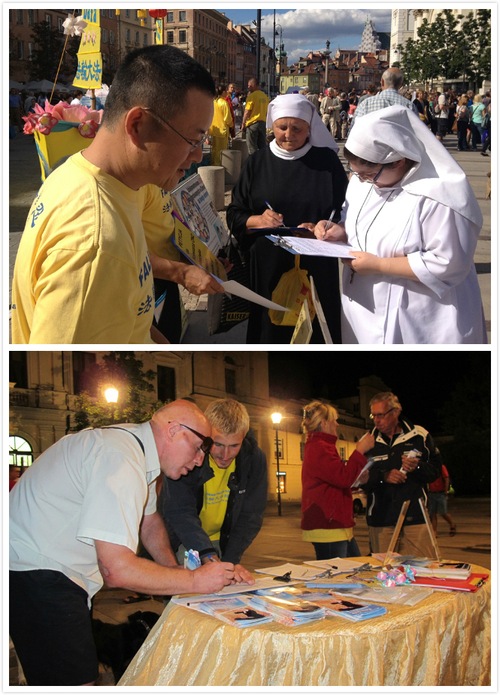 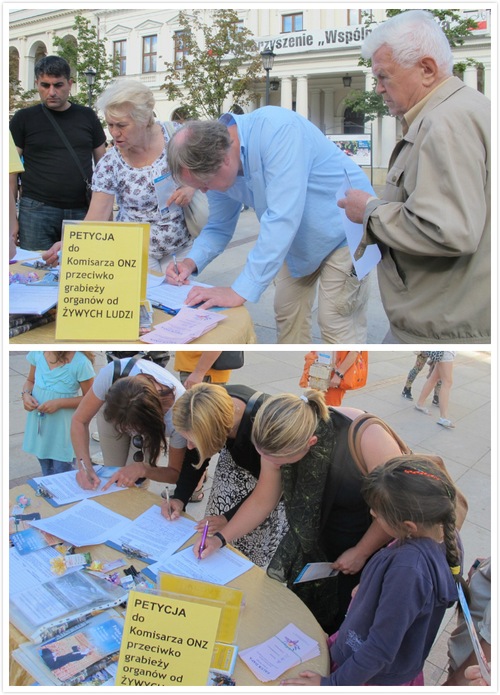 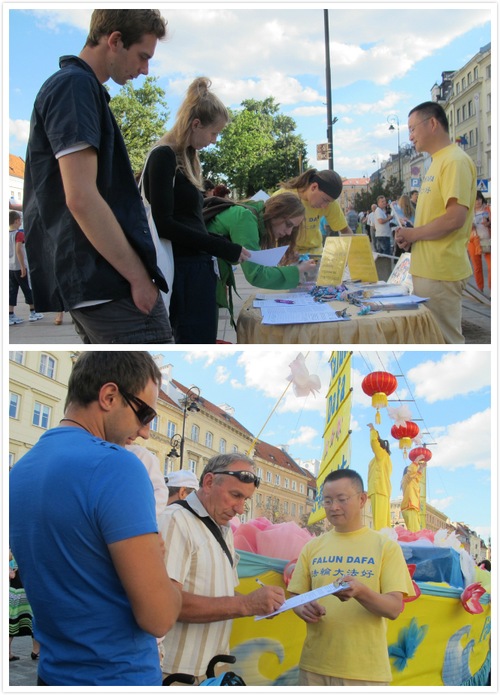 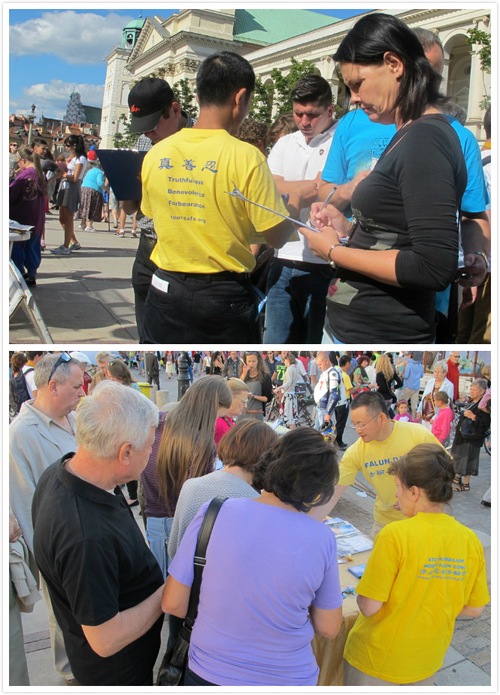 A young man signed the petition and bought a copy of Zhuan Falun . He talked to practitioners for an hour. “A government should try to make bad guys be good. Are they trying to make good guys bad by persecuting Truthfulness-Compassion-Forbearance? I guess that the judicial officers and police in China are really thugs and thieves. Otherwise, how could such a brutal persecution last so long? I am interested in learning Falun Gong. I will read the book. I admire your master and you guys. Please take this piece of incense and light it in front of your master's portrait.” Practitioners accepted the incense and welcomed him to join the local exercise site.

Another Polish gentleman that signed the petition said: “What is wrong with the communist party? How can they not tell good from bad, which is so clear. I always thought that the persecution in Tibet was the most brutal. But now I think the persecution of Falun Gong is worse. The organ harvesting is really evil. They are going to hell. I have been to China, and I know people cannot tell the truth there. I really want to know a true China. I want to talk to you guys. Can I call you later?” He then exchanged contact information with practitioners. 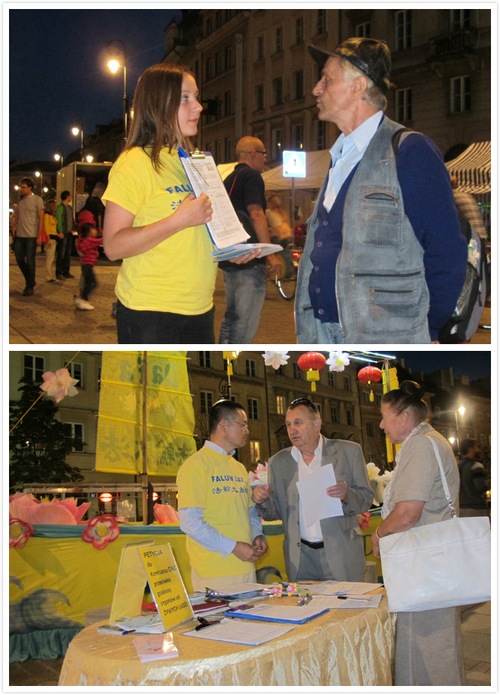 Practitioners explaining the facts about Falun

Several Chinese tourists quit the Party with practitioners' help. More than 900 signatures were collected during the event.

“Overcoming All Attachments in Cultivation”