Vienna, Austria: Exposing the CCP’s Crimes at the Congress of the European Society for Organ Transplantation (Photos)

(Minghui.org) On September 8-11, 2013, the 16th Congress of the European Society for Organ Transplantation was held in the beautiful capitol city of Vienna, Austria.

Medical experts and professionals from all over the world attended the event, many of whom signed a petition calling for an end to the Party's crimes against humanity. 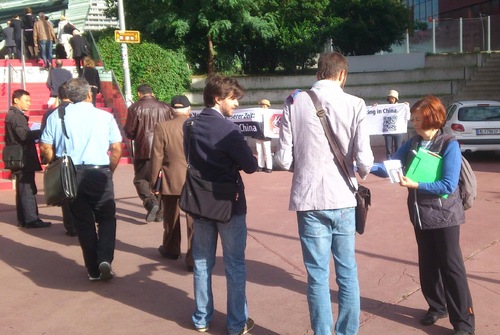 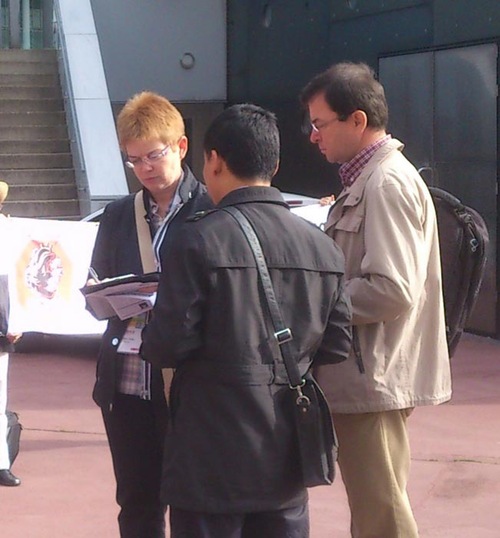 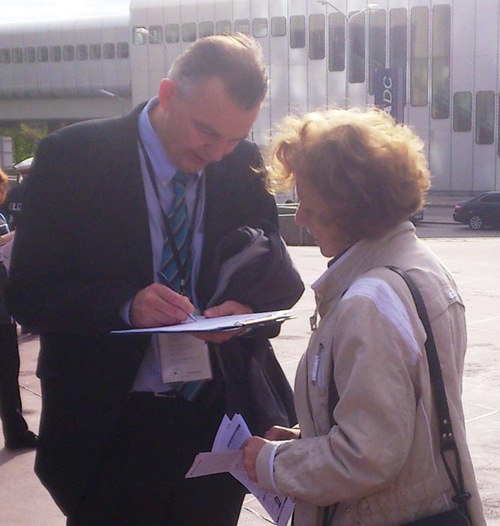 Local practitioners held up banners in both English and German, with one banner reading: “Stop the worst crime of our time—live organ harvesting from Falun Gong practitioners”. Practitioners also distributed informational materials to many event participants.

The medical professionals attending the Congress were truly shocked when they heard about the CCP’s live organ harvesting crimes. Almost every one of them happily signed the petition.

“Why is such a brutal crime allowed to continue in China?” was a question many people asked.

Some doctors initially couldn't understand the term, “Live organ harvesting.” When the practitioners told them the Chinese regime forcibly removes organs from living Falun Gong practitioners, against their will, they were incredulous.

The attendees at the event were fully aware that there's a huge demand in the world for human organs, but thought it was diabolical to remove organs from living people, just to turn a profit.

A registered nurse asked a practitioner if she was qualified to sign the petition, as she was not a medical doctor. When she learned that the petition was open to everyone, she immediately signed it and included her address.

“Your signature drive is very important,” said a man as he was signing the petition form. “Everyone can play a significant role.” He said that he had once seen practitioners handing out fliers, but this was the first time that he had heard about the CCP’s live organ harvesting from Falun Gong practitioners.

Mainland Chinese also participated in the Congress meeting. When they entered and exited the building, they could not help but see the practitioners' banners.

“Growing Up as a Practitioner of Falun Dafa”