(Minghui.org) Taiwan's Organ Transplant Care Association was invited to a walk on August 25, 2013, in Chaozhou Town by Pingtung County Social Welfare Alliance. About 3000 people participated in the walk along with other organizations, which also held booths advocating for social justice.

Members of the Care Association promoted public awareness of the illegal organ harvesting in China and asked people in Taiwan not to go to China to receive organ transplants. They also collected signatures from visitors asking the United Nation to stop the Chinese regime from taking organs from Falun Gong practitioners. 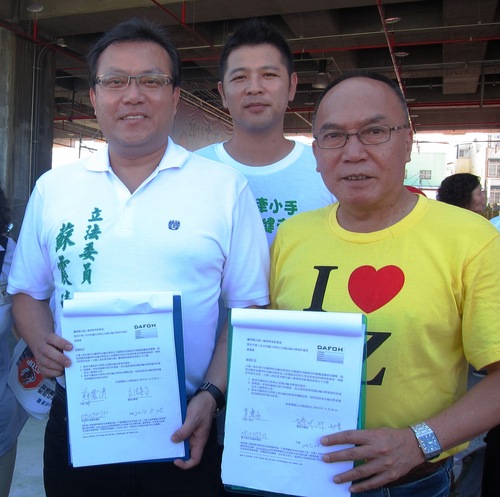 Legislator Su Cheng-Ching said that organ donation can save people but, “When organs are harvested for profiteering, we should challenge its safety, legality, and damage to public health. It could very well be manslaughter.” Mr. Su feels that Taiwan should make laws and protect its people from receiving organs from illegal sources. “Now the whole world is watching the persecution of Falun Gong in China,” he said. “(China) should respect human rights and freedom of belief and immediately stop the persecution.”

Chief of Chaozhou Town: The world should stand up and condemn this crime

Hong Ming-Chiang, chief of Chaozhou Town said that one must have respect for others' lives, “It's outrageous that the Chinese regime profiteers from selling organs harvested from living Falun Gong practitioners. The nature of this crime is so ruthless that the world should stand up and condemn it.”

Mr. Hong also called on the people in Taiwan, “Not to purchase organs from unknown sources and never go to China to receive organ transplants.” He believes that not buying organs is the only way to stop the crime of organ harvesting.

'You must tell more people about this brutal organ harvesting' 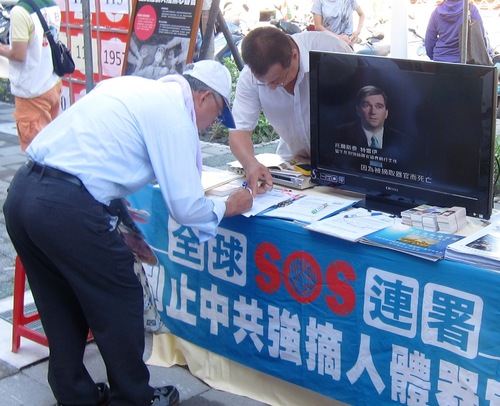 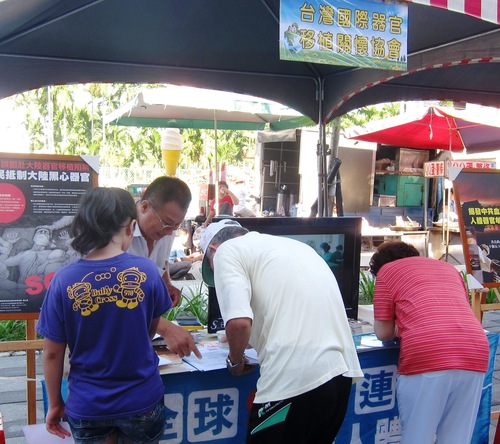 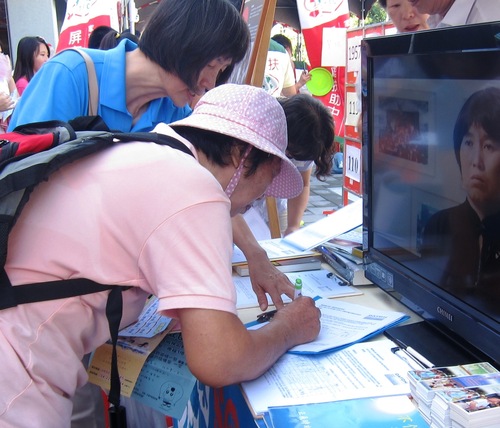 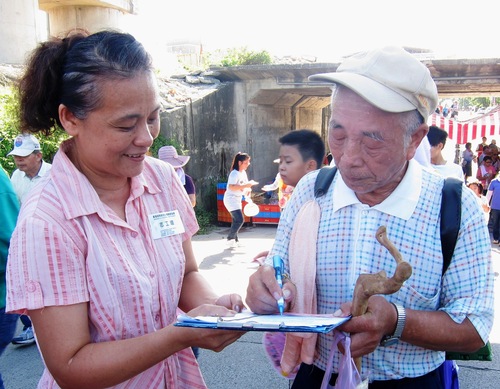 People sign the petition demanding the Chinese regime to stop harvesting organs from living Falun Gong practitioners at a walk in Chaozhou Town.

Tseng Shu-Fang, a retired teacher, and her husband both signed the petition. Ms. Tseng said, “It’s too ruthless. What kind of government treats its people so evilly?”

Tseng Chih-Hung, a family physician, and his father signed the petition after reading the materials. Mr. Tseng said that he felt sad that a kindhearted man could be brutally tortured just because he had faith. “The Chinese regime removes people's organs without their consent and sells them for profit. This is not right and it's inhumane. It’s against medical ethics.”

“Many patients in Taiwan went to China to receive organ transplants and ended up with many side effects and rejection because of inadequate equipment and sloppy matching protocols. The government should do more to let the people understand the risks of getting organ transplants in China,” he said. 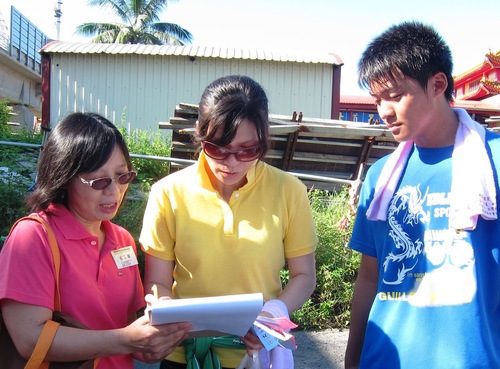 Ms. Chiu and her teenage son immediately signed the petition after learning about the organ harvesting. Her son said, “To kill a person to save another's life is murder! Killing on demand has to be stopped.” Ms. Chiu encouraged Falun Gong practitioners to hold on to their belief, “You must tell more people about this brutal organ harvesting so everyone can help stop it.”

“Qinhuangdao, China: Residents Express Their Support for Married Couple Persecuted for their Belief”

“What Caused the Pain?”