(Minghui.org) On August 15, 2013, practitioners in Japan held a signature drive in Kudanshita Subway Station in Chiyoda, Tokyo to bring attention to the plight of Falun Gong in China and to call for an end to the Chinese Communist Party's (CCP) illegal practice of organ harvesting from living Falun Gong practitioners.

By the end of the day, over 3,000 people had signed the petition supporting Falun Gong and condemning the Chinese regime. 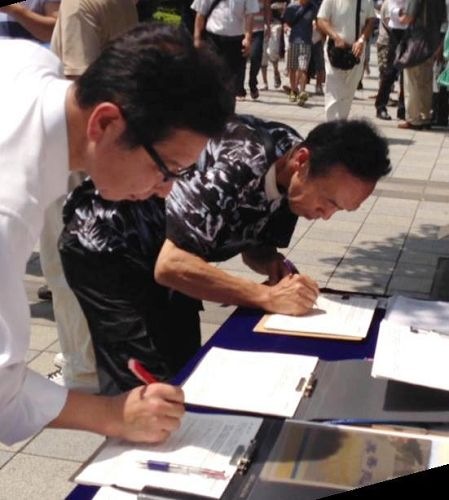 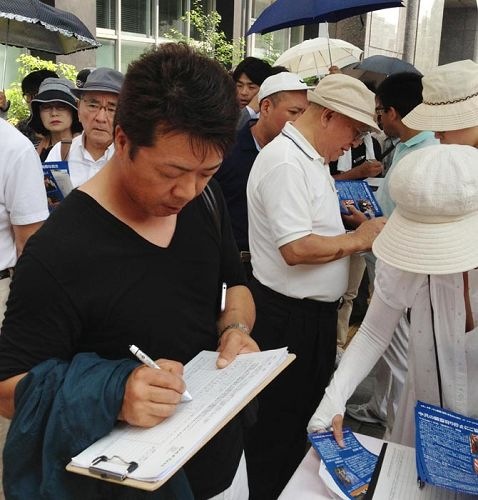 Stepping off the subway at Kudanshita Station, it was hard for people to miss the eye-catching SOS poster exposing the CCP's human rights atrocities in China.

Most local Japanese and visiting tourists who saw the practitioners' banners and informational display boards, were truly shocked. They immediately signed a petition calling for an end to the Party's 14-year-long persecution of Falun Gong.

“Manners and Being Meticulous Embody One's Level and Caliber of Cultivation”