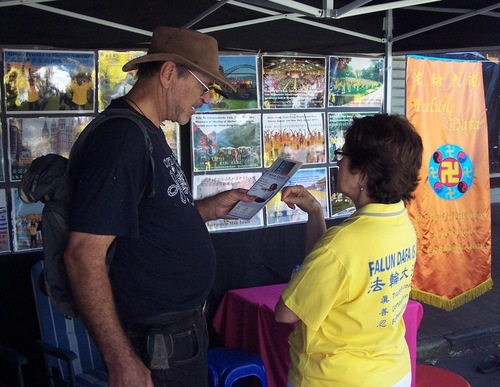 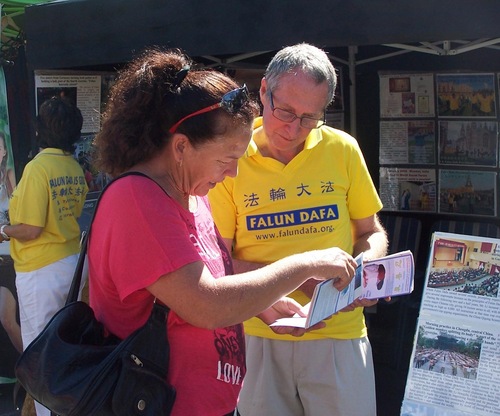 Visitors ask about learning the exercises 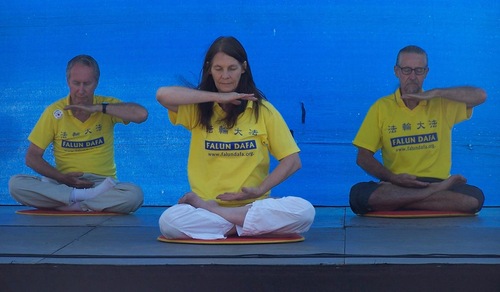 One of the practitioners manning the Falun Gong booth said that for years, practitioners have been telling fair visitors about the health benefits of the practice, as well as the persecution taking place in China. He noted that people are increasingly paying attention to the human rights situation in China and some people have begun to learn the practice.

A man from Germany was drawn by the photos on the Falun Dafa posters. He was very interested in learning the practice. One woman told a practitioner that she had read a Falun Dafa book not long ago and felt very connected to the practice. She came to the fair to learn the exercises.

A father brought his two young children to the fair. They were very curious about the fifth exercise, the sitting meditation. The children paid great attention to the practitioner who introduced the principles of the exercise. One of the boys said that he had learned meditation at school and began to follow along with the practitioners’ movements.

Besides introducing Falun Dafa at the booth, the practitioners were invited to demonstrate the exercises on stage. The smooth and gentle movements, along with the graceful exercise music, caught the attention of many visitors.