(Minghui.org) Ormeau Fair, held by Ormeau Lions Club, is one of the largest annual events in north Gold Coast, Australia. On August 10 and 11, Falun Gong practitioners participated in the event and demonstrated the exercises on stage twice. 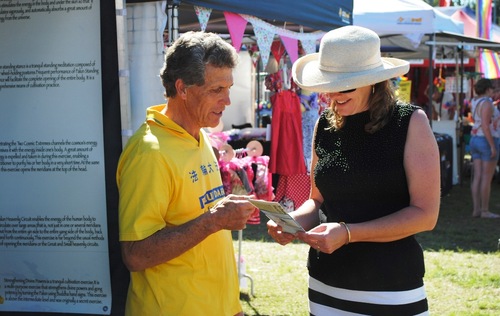 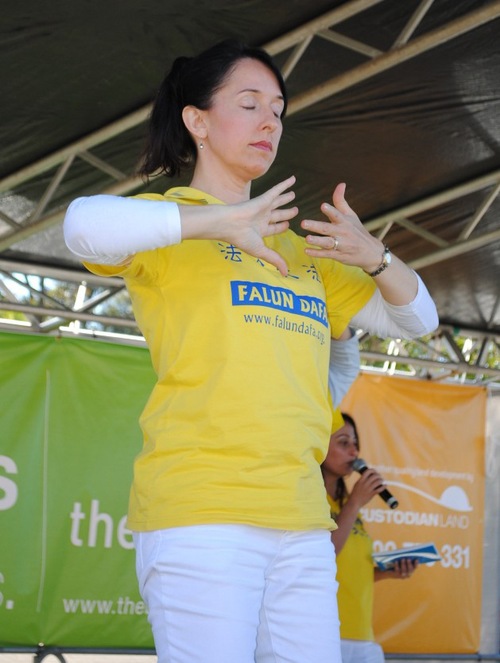 Demonstrating the exercises on stage 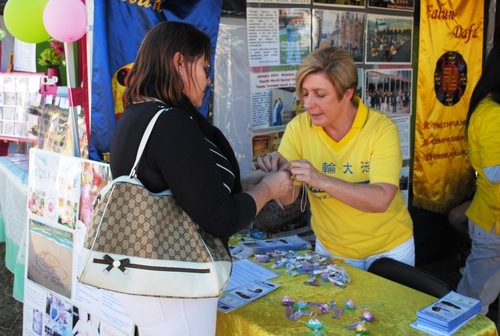 The gentleman who was in charge of the music and stage sound system told our exercise presenter that his head had been throbbing from all the loud music from the other onstage performances. He said that after the Dafa music and exercises his head was no longer throbbing.

Cassie, a lady who had a booth facing the practitioners at the event, said: “I had heard about Falun Gong. In the last two days, I have felt the positive energy from your booth. Now I want to learn it.”

Peter Beattie, former Premier of Queensland for nine years who recently announced his intention to run in the 2013 federal election in the Queensland seat of Forde, passed by the practitioners' booth. He said that he knew about the persecution of Falun Gong in China. When he was Premier, he once met with a Chinese government official. Outside the meeting was the Falun Gong practitioners' peaceful protest. The Chinese official said to Beattie, “You should forbid the protest.” Beattie replied to him that this is a free country, and they have the freedom of speech.