A Travesty of Justice in Liaoning Province

Judge: “Don't Talk to Me About the Law” Lawyer: “Are We Supposed to Just Tell Jokes”

After the judge announced the beginning of the court session, the five Falun Gong practitioners were brought in. As a form of protest, three of them refused to wear the prison uniform.

During the court session, there was an interesting conversation between the judge and Ms. Zhang's lawyer. The judge said, “Don't talk to me about the law!” The lawyer was shocked and asked her, “If we don't talk about the law, are we supposed to just tell jokes?”

Ms. Zhang was placed last of the five practitioners in the trial. When the judge asked her if she would plead guilty, she replied very firmly, “No!”

When Ms. Zhang was arrested on April 25, 2012, she was an attractive woman with all black hair. Now a year later, all of her hair has turned white. When a girl from her family saw how much Ms. Zhang had changed, she couldn't help but cry.

Lawyer: It is legal to believe in Truthfulness-Compassion-Forbearance

The lawyer defended Ms. Zhang with well constructed arguments: 1) People have freedom of belief and China's laws do not state that it is illegal to believe in Falun Gong. 2) Falun Gong practitioners do not violate any laws in their belief and thus cannot be judged as breaking any laws. It is legal to believe in Truthfulness-Compassion-Forbearance. 3) The computers and cell phones that were removed from Ms. Zhang's home should be returned to her.

Ms. Zhang's lawyer also told a story about Wang Yumei. Ms. Wang was once stabbed three times by someone, and the other party was ordered to pay 150,000 yuan. However, Ms. Wang only accepted 30,000 yuan. The judge said, “Can someone like that disobey the law?” The judge cut off him before he finished telling the story, “You are Zhang Deyan's lawyer.” But the lawyer insisted, saying, “All these cases are related.”

Brief Accounts of Other Falun Gong Practitioners in the Court Sessions

Wang Yumei was in Mr. Sun's home at the time of the arrest, and because she was also a Falun Gong practitioner, she was arrested along with Mr. Sun.

Mu Guodong: The Procuratorate said they found Falun Gong books and MP3 players in his home. These are all for his personal beliefs and are not for hurting others. The lawyer said, “Falun Gong practitioners always think of others first, how can they not obey the laws?”

Wang Guihua had rectal tumors before she began practicing Falun Gong. The condition was cured after she began practicing. When the judge asked her whether she would plead guilty, she said she would not, and that she was a cultivator, validating Dafa with her personal experience... how could that be illegal?

Outside the court, Falun Gong practitioner Wang Xiaoming was taken to the Guchengzi Police Station, where he was searched. He was then released unconditionally and returned to the crowd outside of the court session. 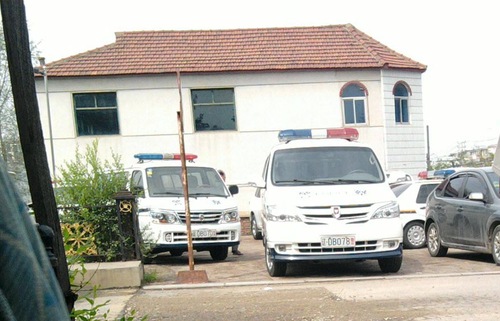 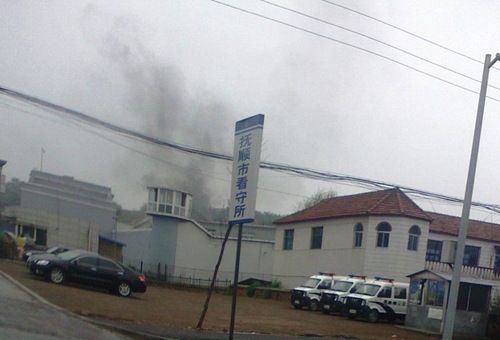