(Minghui.org) The forced labor camp system under the Chinese Communist Party (CCP) is notorious, both at home and abroad, for depriving citizens of their freedom without going through any legal procedures.

Over the past 14 years, uncountable numbers of Falun Gong practitioners fell victim to this system simply for living by the principles of Truthfulness-Compassion-Forbearance, and letting people know the facts about the practice and the persecution. In an attempt to force practitioners to give up their beliefs, CCP authorities nationwide have harassed, arrested, and incarcerated them, forcing them to do hard labor to generate profits to benefit the Party.

Public outcry finally resulted in a change in official policy--the shutting down of the labor camp system. Recently, two forced labor camps in Beijing have released detained practitioners. However, those practitioners who were unyielding in their belief were taken straight to brainwashing centers.

In other words, even though the CCP claims it is phasing out the forced labor camp system, it continues to persecute practitioners by sending them to brainwashing centers and prisons.

Most of the practitioners held in Beijing Xin'an Forced Labor Camp were taken home either by their families or the police from their local areas on July 5, 2013. Practitioners who refused to be "transformed," or had made declarations saying that their "transformations" were invalid were taken to local brainwashing centers by their local community management office or 610 Office personnel. 610 Office agents deceived the families by saying that they could take them home in a few days.

Therefore, the number of detainees changes from time to time. The Chinese Communist regime's forced labor camps regard their detainees as slaves, who are forced to do hard labor to earn huge profits, and who are often "sold" to other labor camps.

The 610 Office has been setting up more brainwashing centers to carry out its "legal education," which consists of both mental and physical torture.

Conditions in the Camps

The forced labor camp system was set up in the late 1950s for the purpose of detaining the so-called "Rightists." Over the past 14 years, it has persecuted innocent practitioners.

The guards in Beijing Xin'an Forced Labor Camp have raped, sexually harassed, brutally forced-fed, tried to brainwash, and deprived practitioners of sleep. Some practitioners were tortured to death.

Mr. Liu Chun from the Mentougou District in Beijing was tortured to death on January 19, 2011. Because he refused to give up his belief, Mr. Liu was tortured many times, leaving him emaciated and covered with red blotches. 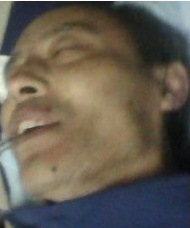 Mr. Liu before he was sent to Xin'an Forced Labor Camp

“Experiencing the Miracles of Falun Dafa”

“Malaysia: Practitioners Call for an End to the Persecution (Photos)”