(Minghui.org) Eleven practitioners are currently being illegally detained in prisons and forced labor camps in Jiaohe City, Jilin Province. The following is a list of those who are detained:

1. Ms. Li Zhenhua is in her fifties. She was arrested by a dozen local plainclothes officers at her daughter’s home in Jiuzhan, Jilin City, at around 3:30 p.m. on April 23, 2008. The same night, she was taken to the anti-riot team facility of Jiaohe City, where she was tortured by being “hung up.” Her condition soon became critical, but she does not know how long she was in critical condition. As a result of the torture, she had spasms and vomited for nearly three weeks. The Chinese Communist Party (CCP) police department, Procuratorate, and the court brought false charges against her. She was heavily sentenced to a ten-year term, and is now the Jilin Province Women’s Prison. 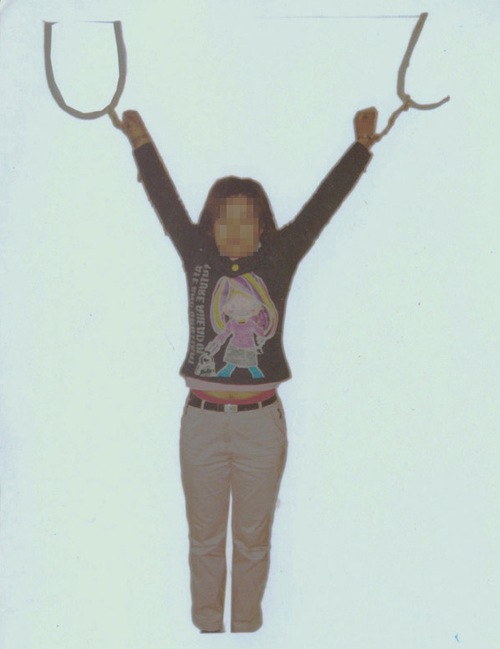 Ms. Li had previously been held and tortured in the Jilin Province Women's Forced Labor Camp for two years. She was arrested on June 14, 2007, and her home was ransacked by officers from the Henan Police Station of the Chuanying Police Department in Jilin City. The police used a towel to cover her eyes and handcuffed her to a fixture on the wall at Henan Street Police Station. During the interrogation, she was handcuffed to a chair and experienced a heart episode, and went into spasms. Even when she was in such distress, the police still kept one of her hands handcuffed to a chair leg so that she could not stand up. Wang Hongbiao seized her by her hair, yanked her up, and smashed her head against the wall and slapped her face. An individual with the last name of Qu went to many of her family members to harass them. At midnight the next day, the police used a black hat to cover her head, and took her to the No. 1 Team facility of the Criminal Police and dragged her up to the sixth floor. She was handcuffed to a fixed iron chair for one day. Her legs and feet were securely bound. Her hands were then handcuffed to an iron loop. She was released after being tortured like this for 15 days.

2. Mr. Liu Zhaofu is 55 years old. His wife was arrested at home on March 18, 2008 by officers from the Xinzhan Police Station of Jiaohe City. Mr. Liu escaped. His home was ransacked several times. Me. Liu's wife, Ms. Shi Xiuzhen, was sentenced to six years and sent to Jilin Province Women's Prison. Mr. Zhaofu has since been "wanted," and he could not go to work, even though he did have a job. He was forced to become homeless. In late September 2011, he was deceived and arrested. He was detained at Jiaohe Detention Center and secretly transferred to Jilin Prison in Jilin Province around May 20.

3. Mr. Liu Baochun, 40, was arrested on March 21, 2008 at his computer store by officers from the Jilin City Domestic Security Division and Jiaohe City Chang’an Police Station. His store was searched and ransacked, and his personal belongings taken. Chang’an Police Station officers severely beat him. He was tortured until he was bloody. His Hai’er Computer Store was closed down, and he lost tens of thousands of yuan. Jiaohe Court wrongfully sentenced him to a six-year term and sent him to Gongzhuling Prison in Jilin Province.

4. Ms. Ding Yubin, 53, was arrested by officers from Minzhu Police Station on April 13, 2007, and tortured in a forced labor camp for one year. She was arrested again on the evening of October 23, 2011, and six months later sentenced to a three and a half year term. She is now the Jilin Province Women's Prison.

5. Ms. Li Shumei, 71, was arrested on the evening of December 23, 2011. Six months later, she was sentenced to a four and a half year term, and has since been sent to Jilin Province Women's Prison. Her husband, who is paralyzed, is not able to get along on his own and needs someone to take care of him. Since there is no one to feed him, he often goes hungry.

6. Ms. Li Xuehua, 55, was arrested on December 23, 2011. Six months later, she was sentenced to a five-year term, and has since been held and tortured in Jilin Province Women's Prison.

7. Ms. Wang Xiulian, in her fifties, was arrested on December 23, 2011. She was sentenced to a three and a half year term, and is now in Jilin Province Women's Prison.

8. Ms. Zhang Yulan, in her sixties, was arrested and taken from her home at 8:00 p.m. on June 18, 2012. The police ransacked her home and took away her computer, printer, TV antenna, books, etc. She was severely beaten at the police station, but she refused to cooperate. Fifteen days later she was detained in the No. 2 Team of the Jilin Province Women's Forced Labor Camp. She was sentenced to a one year term, and three months of forced labor. As a result of mistreatment, she has had a relapse of her lung disease, heart pain, and cough. She is so thin that she can hardly do any labor.

9. Ms. Liu Shufen, 55, was once again arrested on June 18, 2012. She was tortured for a second time in Heizuizi Women's Forced Labor Camp in Jilin Province. Ms. Liu went twice to Beijing and was three times sent to brainwashing centers and fined a total of 7,800 yuan. She was arrested by officers from the Minzhu Police Station many times and has since been harassed for a long time. Officer Chen and others arrested her in February 2004, and tortured her in the detention center for twenty days. Ms. Liu was transferred to Heizuizi Forced Labor Camp a year ago.

11. Ms. Wu Xiulan, 54, was arrested for clarifying the truth on the morning of August 21, 2012. Three plainclothes officers took her to her home, ransacked the place, and confiscated many of her personal belongings. She was tortured in Heizuizi Women's Forced Labor Camp in Jilin Province after being detained in the Jiaohe City Detention Center for two weeks. Ms. Wu was once sentenced to forced labor in Tonghua City before she move to Jiaohe City.