(Minghui.org)  In this report you will find statistics, charts and graphs regarding:

The persecution of Falun Gong continues in China to this day. This report presents statistics covering the first 6 months of 2013, based on reports received at the Minghui website.

Laws have been abused and the basic human rights of Falun Gong practitioners have been violated simply because of their beliefs.

According to reports published on Minghui from January 1 to June 30, 2013:

In addition, the deaths of 20 practitioners (all of which occurred before 2013) were reported during the first 6 months of the year.

Please note: In addition to the cases exposed here, many more accounts of persecution remain unreported due to information blockades and the fear of reprisal. Statistics will be updated once more information is available.

Death as a Result of Torture

The deaths of 63 practitioners due to torture have been documented or reported during the last 6 months. Among them, 43 occurred during this year and 20 took place prior to 2013. 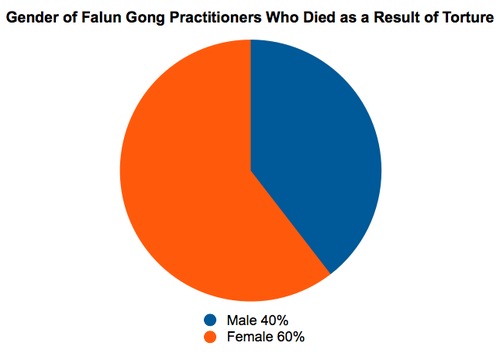 Number of Falun Gong Deaths by Province (First Half of 2013):

Pictures of some of those who died in 2013 follow here: 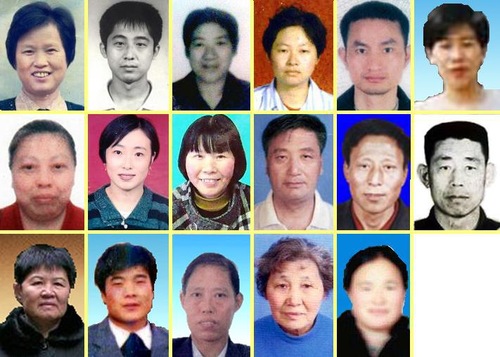 Pictures of some of those who died prior to 2013:

Among the 43 practitioners who died, 9 died after long-term harassment, threats, and home ransackings; 15 died due to mistreatment in prisons, 12 in labor camps, 4 in detention centers, and 3 in brainwashing centers. 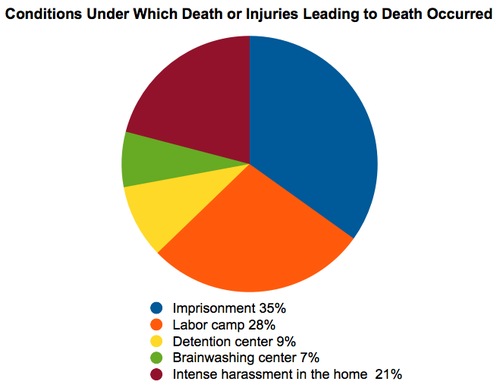 Arrests and the ransacking of practitioners' homes occur nearly every day in China. In Total, 2,101 practitioners were arrested in the first half of 2013. 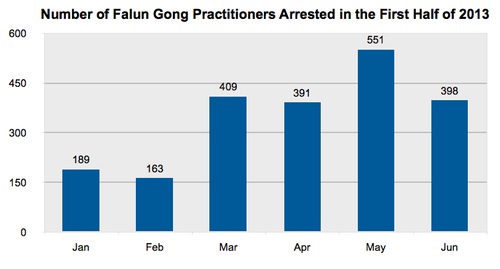 Lists of their names (all in Chinese) available for download here .

Practitioners were arrested throughout all regions of Mainland China in the first half of 2013, with the exception if Tibet. Liaoning Province had the highest number or arrests, at 278.

Arrests of practitioners are directed by 610 Offices and conducted by local police. Among the cases mentioned above, many involved the arrests of numerous practitioners at once. 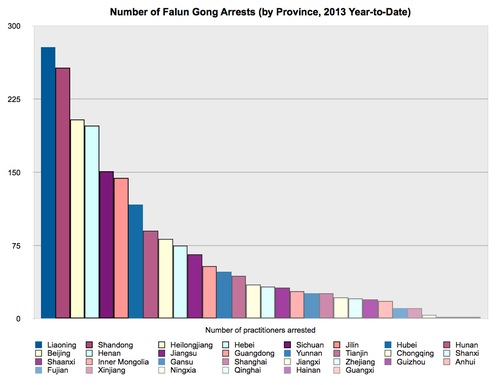 It should be noted that while the regime claims Falun Gong practitioners are dealt with by "rule of law" and that they face fair trials, the truth is, they are nothing more than show trials where the practitioners' fate is typically decided by Party authorities long before the court date.

12 practitioners from 7 regions were sent to labor camps during this period of time, including 4 from Beijing, 3 from Shandong, and 1 each from the provinces of Heilongjiang, Hubei, Guangdong, and Jilin. 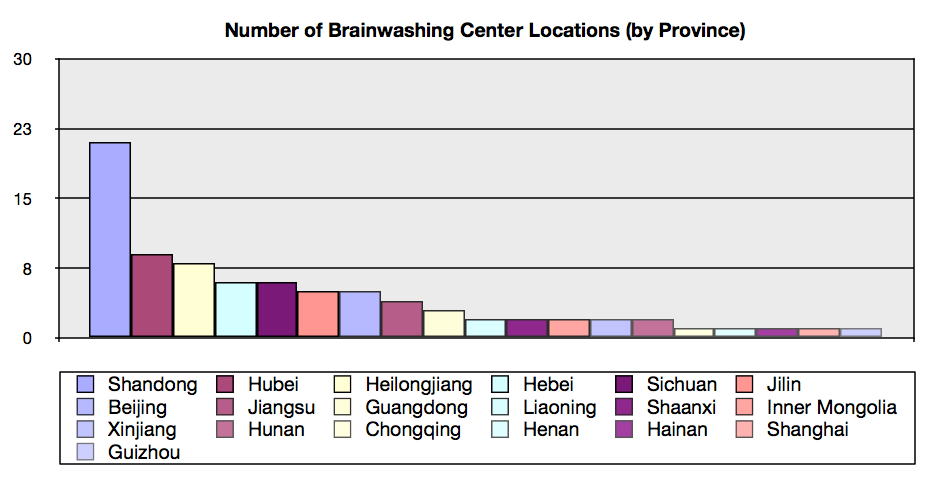