(Minghui.org) On the thirteenth anniversary of Falun Gong practitioners' peaceful resistance, WOIPFG released its first persecution report collection one year ago, on July 20, 2012.

According to Wang Zhiyuan, the spokesperson of WOIPFG, this collection provided a great deal of evidence they collected over the past ten years, on how the Chinese communist regime exploited the entire state apparatus to carry out systematic persecution, or genocide, against Falun Gong. This collection not only reflected the severeness of the persecution itself, but also revealed the significant impact of the persecution to the rest of the world.

This collection has 21 books, including 203 reports with more than 4,200 pieces of evidence. Investigators from North America, Europe, Australia, Asia, as well as inside China, risked their lives to collect the first-hand evidence that were presented in these reports.

WOIPFG was established in New York on January 20, 2003, to investigate the crimes of individuals, organizations and institutions in the persecution of Falun Gong and bring them to justice. In its mission statement, WOIPFG declares that it will investigate the criminal conduct of all institutions, organizations, and individuals involved in the persecution of Falun Gong; bring such investigations, no matter how long it takes, no matter how far and deep they have to search, to full closure; exercise fundamental principles of humanity; and restore and uphold justice. 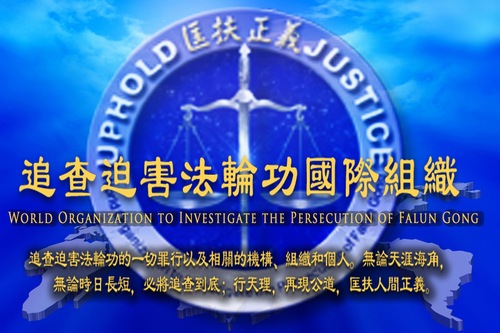 This collections covered many aspects of the persecution, including different methods used by the communist regime to persecute Falun Gong, such as:

* establishment of the “610 Office” system * demonizing the practice through slanderous propaganda, such as the “Tiananmen Square Self-Immolation” Hoax * inhumane tortures in the forced labor camps and detention centers * live organ harvesting from Falun Gong Practitioners

Wang Zhiyuan stated that, it has been 13 years since the communist regime lauched the persecution. However, the severeness and the serious consequences of the persecution is still unknown to many people around the world. With the publication of this collection, he hoped more and more people can understand the nature of the persecution and take a stand to stop it.

Wang Zhiyuan also said they would send the collection to different governments, human rights organizations, and media outlets, etc. They hoped to spread the collection far and wide.

The report is available at: http://www.upholdjustice.org/node/224