Every year since 2004, San Diego practitioners have been participating in Coronado City's largest local Independence Day Parade. This year, practitioners decorated their float with lotus flowers and American flags. Several practitioners demonstrated the Falun Dafa exercises atop the float, while celestial maiden dancers and waist drummers marched along. The practitioners won a second-place award for “Best Float Decoration” in the parade. 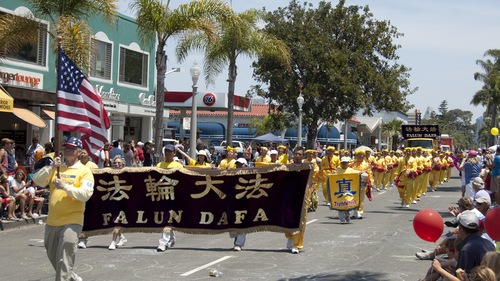 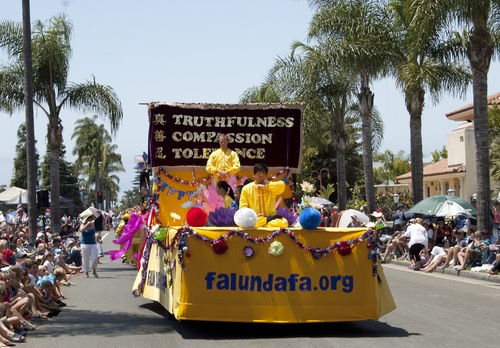 The Falun Dafa group was the only parade participant that was composed mainly of Asian-Americans. Leading off with an attention-grabbing Lion Dance and a waist drum troupe performance, the practitioners finished by giving a Falun Dafa exercise demonstration. Although it was very hot outside, the practitioners kept demonstrating the exercises, from the beginning of the event, till the end. Many walked stopped at the practitioners' booth afterward and asked for informational materials about Falun Gong. 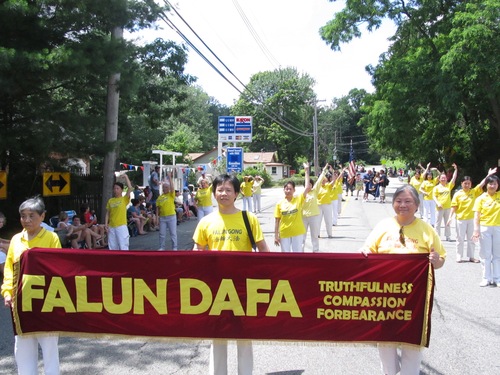 Fishers, Indiana's Independence Day Parade took place on June 30. Practitioners stood on the deck of their Dada-themed float and demonstrated the five exercises. Marching behind the float was the Dafa waist drum troupe and a group of practitioners holding 12 banners. When the parade concluded, the organizers thanked the practitioners, saying, “Your entry was really great! Please come back next year.”

On July 4, Carmel City hosted its annual Independence Day Parade. Out of the hundred or so participating groups, only Falun Dafa portrayed Eastern cultural characteristics, which won the praise and well wishes of many spectators. 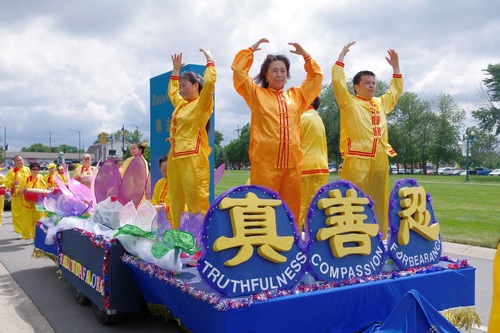 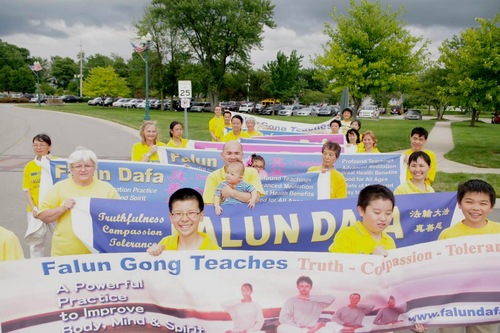 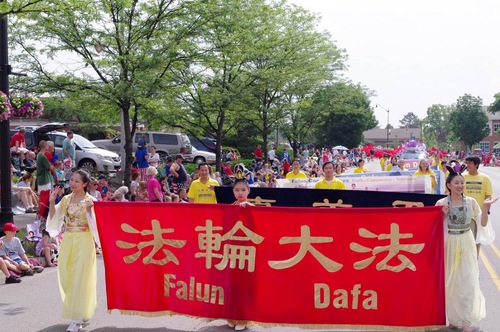 ““If Everyone in the Factory Behaved Like a Falun Gong Practitioner, Production Would Be Much Better””