(Minghui.org) The Wawa Welcome America! festival kicked off on July 1, 2013 in Philadelphia, Pennsylvania—the birthplace of America—leading up a range of patriotic activities on July 4, including the Philadelphia Independence Day Parade.

Over 5,000 people in 100 groups from the Greater Philadelphia area participated in the parade, including marching musical groups, floats, military branches, and the Falun Gong Waist Drum Troupe. 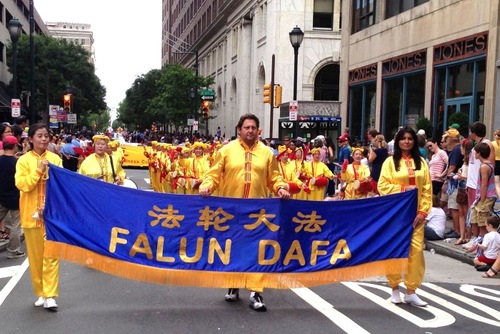 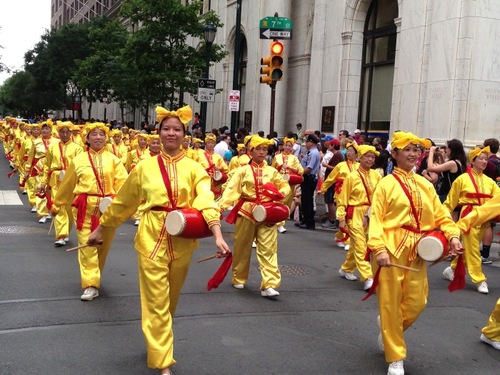 After the parade, spectators were treated to a variety of music and dance performances, as they made their way around the hundreds of booths set up along Benjamin Franklin Parkway.

At the Falun Gong booth, different forms of Chinese calligraphy were on display, and informational materials about Falun Gong were available. The practitioners also demonstrated the peaceful Falun Gong exercises and taught the movements to anyone who asked. 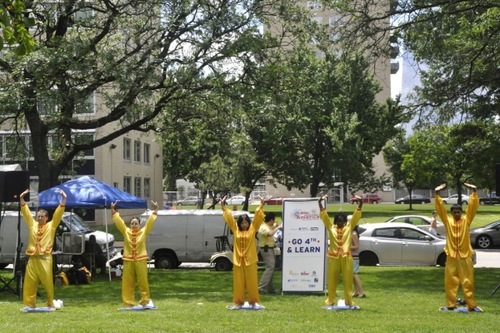 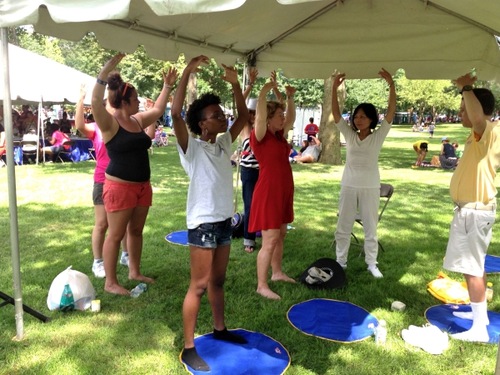 The practitioners also informed people about House Resolution 281, which was recently introduced in the House Committee on Foreign Affairs, calling on China to immediately stop the practice of organ harvesting from its prisoners, particularly from Falun Gong prisoners of conscience and “members of other religious and ethnic minority groups.” 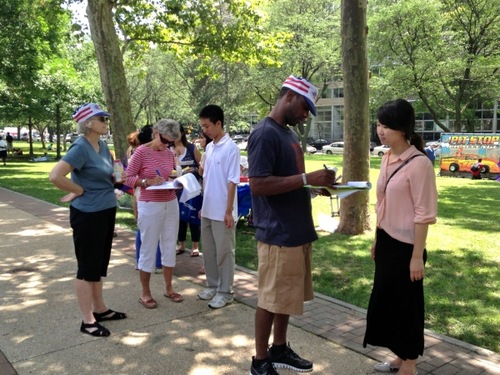 After practitioners told a group of six young men about the CCP crimes of harvesting organs, every one of them eagerly signed their names to the petition and denounced the cruelty of the Chinese regime.

A distinguished looking middle-aged couple walked over to the Falun Gong booth. After chatting with a practitioner, the woman said that she knew that Falun Gong was a peaceful spiritual group that has been persecuted by the Chinese Communist regime for more than ten years.

She signed her name to the petition, then mentioned that she had recently visited China, and has regular business dealings there. She described her impression of the mainland environment as complicated and morally corrupt. She said that the practitioners' signature drive efforts were necessary to help protect the human rights of millions of Chinese people.

“Teacher Saved Me after Being Unconscious for Three Days”