(Minghui.org) Ms. Cui Shuang, an embroiderer from Hebei Province, China, suddenly developed an acute case of hepatitis, on October 7, 2011, one week before her wedding day. The doctors who examined her told her that she was in critical condition and had at most, seven days to live. 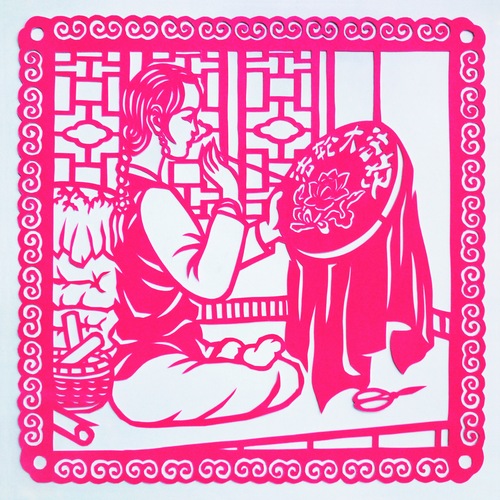 After a three-day stay in an intensive care unit, Ms. Cui's entire family's savings had been used up to pay the hospital bill. On the seventh day, her mother, a Falun Dafa practitioner, brought her home and silently asked Master Li Hongzhi, the founder of Falun Gong, to rescue her daughter.

When Ms. Cui woke up, her mother asked her to recite, “Falun Dafa is good, Truth-Compassion-Forbearance is good.” Shortly after, Ms. Cui's condition dramatically improved. Her mother then taught her the exercises and within a few days, Ms. Cui had fully recovered. Her miraculous story shocked the entire village.

When the local police heard about it, they visited Ms. Cui's home and confiscated a photograph of Master Li, the book, Zhuan Falun, an MP3 player, and 150 yuan.

Later, officials from the local 610 Office, National Security Bureau, and other agencies came to harass her family. When they arrived, they were met with stinging condemnation by the villagers. After Ms. Cui's mother patiently explained to these meddling officials how Dafa had saved her daughter's life, they put their heads down and quietly left without saying a word.

“Some Thoughts after Reading “Giving Speeches Amounts to Disrupting the Fa””