Mr. Zhao Longzhi and His Wife from Tibet Have Not Seen Their Young Son for Nine Years (Photos)

(Minghui.org) Falun Gong practitioners Mr. Zhao Longzhi and his wife, Ms. Luo Na, were employed at the Tibet Najin Electrical Factory. They were sentenced to prison for their belief and later fired from their jobs.

Their son lives with Mr. Zhao's parents in Henan Province. It has been nine years since they have seen him, which was when he was only a few months old. The boy is now 10. He has no recollection of his parents and often asks his grandparents about them. He wants to know when will they come home.

The grandparents want the boy to have a carefree and happy childhood, so they have been keeping his parents' imprisonment a secret and hide their sorrow from him. 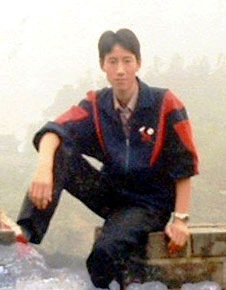 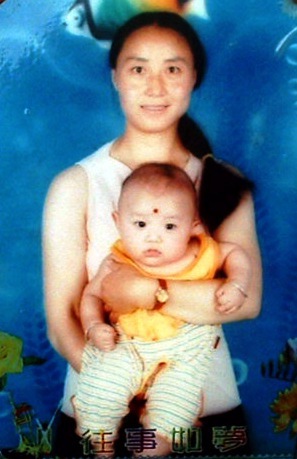 Ms. Luo Na and their son

Mr. Zhao and Ms. Luo are both 38 years old. After the Chinese Communist Party started to persecute Falun Gong on July 20, 1999, they headed out on a journey of thousands of miles to Beijing to seek justice for Falun Gong and Master Li, the founder of the practice. Ms. Luo Na suffered from severe nausea while riding the bus, and, eventually, on the night when they reached her hometown, they were caught by officers from the Tibetan Police Bureau who had followed them. The police stopped them, and two days later took the couple back to their employer, who placed them under surveillance.

Both sentenced to forced labor

Nearly a year later, in June 2000, Mr. Zhao and Ms. Luo headed to Beijing again to appeal for Falun Dafa. They reached the city this time but were beaten in Tiananmen Square. Mr. Zhao's two front teeth got knocked lose and later fell out. They were sentenced to two years of forced labor and sent to Lhasa Forced Labor Camp.

In 2002, when their forced labor terms ended, the camp authorities held them for 15 extra days because they refused to write guarantee statements to quit practicing Falun Gong. Eventually the Najin Electric Factory picked them up but placed them under strict surveillance and did not allow them to take any time off from work. It was not until 2003—when Ms. Luo was pregnant and wanted to deliver the baby in her hometown—that she was permitted to take leave to go to her parents' home.

Local police from Lhasa and the 610 Office ransacked Mr. Zhao and Ms. Luo's home and arrested them on January 31, 2006, the third day of the Chinese New Year. The reason for the arrest was that the couple was suspected of passing out Falun Gong truth-clarification pamphlets. They were not allowed to have any visitors while in detention. They were both sentenced to 14 years in prison in October 2006.

Mr. Zhao is now incarcerated in Niedang Town Prison in Qushui County, Tibet. Ms. Luo is incarcerated and doing hard labor in Lhasa Prison in the northern suburbs of Lhasa.

As a result of beatings, several of Mr. Zhao's front teeth were knocked out and some of his other teeth were loosened. He now has difficulty eating. Ms. Luo was force-fed many times, and suffered beatings and other types of torture. No visitors were allowed for either of them. Also, the persecution has been escalating recently.

Ms. Luo's mother is bedridden and needs care. Mr. Zhao's parents are nearly 80 years old—it is getting difficult for them to care for a young child. They are asking people to help rescue Mr. Zhao and Ms. Luo, so that their son and daughter-in-law can go home soon.

“I Never Eat Food Made by Beijing “Holiland””