(Minghui.org) The doctor in charge at Hefei Mental Institution told Professor Ms. Wu Xiaohua: “I've observed you for a long time, and you don't have any mental illness. The regime authorities have given orders that certain medication must be given to you.” The doctor explained that she was carrying out orders from to persecute her.

Ms. Wu Xiaohua, who is in her 50s, was an associate professor at Anhui Institute of Architecture & Industry. She began to practice Falun Gong in 1994 and in less than a month, she recovered from all her illnesses. After the regime began persecuting Falun Gong in 1999, she was arrested many times, sent to labor camps, and detained in a mental institution. She was subsequently imprisoned at No. 3 Women's Prison in Shuzhou, Anhui Province. She could not walk as a result of being tortured in detention.

What Professor Wu has endured can only be described as horrific. 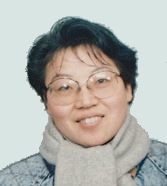 On December 26, 1999, Ms. Wu was arrested when she attended a trial for Falun Gong practitioners held in Beijing. She was then sent to forced labor in Hefei.

The police secretly transferred her to a Hefei mental hospital from Anhui Province Women's Forced Labor Camp on October 23, 2001. In the hospital, doctors and nurses injected and fed her drugs that damage the central nervous system for nearly 10 months. Initially, she was given these drugs three times a day, a small handful each time. They refused to tell her the names of the drugs but she noticed some were imported. Later, she was given the pills three times a day, around four each time. In the end, she was given 1-2 pills three times a day. She asked to stop the medication many times, but she was ignored. She started to move slowly, she slept very deeply, and it was hard to wake her up. Her mind was blurry, her menstrual cycles stopped, her reaction time was slow, and when she was awake she could not sit still.

During the year she was detained in the mental hospital, doctors pushed electric needles into Ms. Wu and subjected her to electric shocks many times. Because she refused to cooperate with them, she was bound to the bed with five straps for several days. Every day doctors connected the electricity and ran a current through her, stabbing her taiyang acupuncture point with an electric needle, causing the nerves in her entire body to spasm. She was in great pain, and it felt as if her hair was being pulled out of her scalp. When she was given electric shocks, they tied her to the bed and Li Wan, the doctor in charge, threatened to increase the voltage if she did not cooperate.

Li Wan personally administered the torture many times despite other doctors' attempts to talk her out of it. The voltage from the electric shocks was much greater than electric needles and caused her to curl up into a ball. Horrifying blue and green images appeared in her brain, and she heard strange screams like the sound of wind. The electric shocks were administered using a black hammer device shaped like a microphone. Li Wan placed the apparatus on either side of Ms. Wu's taiyang acupuncture point. She threatened Ms. Wu, “If you don't take your meal, we have ways to make you. We will adopt methods used on lunatics to make you give in. If you remain stubborn, you will stay here for a long time and you won't go home.”

During the year she was imprisoned in the mental hospital, Ms. Wu Xiaohua was bound repeatedly, as many as 30-40 times. She was bound for as little as 20 minutes to more than two days at a time. Her hands became swollen from being restrained for a long time and the swelling would only subside after two or three days. Because she was tied to the bed, she had to be fed. When they fed Ms. Wu, the nurses mistreated her, often cursing Dafa and threatening her. Before she could swallow one mouthful, they forced in another one. The food spilled onto her eyes, face, neck, and clothes.

Sometimes the hospital staff made Ms. Wu sit in the chair and then force-fed her. They pressed her face against the back of the chair, pinched her nose, pulled her hair, grabbed her chin, then quickly pushed a tube into her nostril. Sometimes when they could not get the tube in, they began to curse her. When things went smoothly, they made sarcastic remarks.

Initially, the doctors wanted to insert a rubber tube through her nose into her stomach, which would cause her the most discomfort. A cloth was attached to one end of the tube and tied to her hair on her forehead. The tube hung down across her face and it was an ugly sight. Any normal person would look like a lunatic after being put through such mistreatment. Ms. Wu resisted having the tube inserted. After nearly 20 days, twice every day, her nasal cavity became lacerated. It was bleeding and swollen, and when a tube was pushed in, it was even more agonizing. Li Wan said, “If you don't eat, I will leave the tube in for a long time. After a while, one will be poisoned and this will lead to cancer. Let's see what you can do then. I will not let you go home.” It became increasingly difficult to push the tube into Ms. Wu's nose. Hence they changed to transfusion. However her veins became shriveled, and every time they gave her an injection, they had to poke around five or six and sometimes even seven or eight times. In the end, there were bruises and blood clots all over her arms.

3. “I've observed you for a very long time already. Indeed you don't have any mental illness”

While she was hospitalized, Ms. Wu kept asking to see her the superiors from her work place, but they would not come. Li Wan and Ms. Wu's family tried to persuade her to write statements promising not to practice Falun Gong. They told her she would be released immediately. She could return to the university and resume her career. Otherwise she would continue to be imprisoned. They told her these were orders from her superiors.

When Ms. Wu refused to take medication, she was often reprimanded and threatened. Once supervisor, Wang Li, ordered five to six nurses to surround her. They dragged and pulled her. Ms. Wu told them, “You obviously know that I am not a mental patient. It is illegal to detain me here. I will sue you when I leave this place.” Wang Li replied, “Go ahead and sue us, we are not afraid.”

Ms. Wu Xiaohua told the department head and assistant who came to inspect the wards on many occasions that she was not mentally ill. However, they avoided the issue. One nurse said to Ms. Wu, “You are not a mental patient. You are a special patient here. In fact you are a political prisoner.”

Six months later, doctor Li Wan said to Wu Xiaohua, “I've observed you for a very long time. Indeed you don't have any mental illness.” After more than nine months, Li Wan said again, “I went to see the head of the political and legal affairs committee as well as the 610 Office. I told them you don't have a mental illness and asked them to come and speak to you.” Ms. Wu asked her, “Then why do you keep giving me drugs for mental illness?” She answered, “On orders from above. They instructed us to give you these drugs and they decided the dosage was decided. They've ordered that you must get them.”

4. Brutally Tortured in a Labor Camp

After nearly a year of being abused in the mental hospital, Ms. Wu was taken back to the women's forced labor camp. The guards monitored her 24 hours a day and abetted prisoners to mistreat her. Once the inmates forbade Ms. Wu from talking. They stuffed her mouth with blood-soaked sanitary pads, then tied her mouth with thin nylon thread. Sometimes the guards shackled her legs so that she could only sleep laying on her tummy. On the coldest winter days, she was not allowed to sleep. She had to stay awake until past midnight and she was then allowed to sleep on a blanket placed on the cold cement ground without a mat. The next day even before day break, her blanket, which was still cold despite sleeping on it the whole night, was snatched away. She had to sit on the cold cement ground the entire day.

During the hottest days in summer, Ms. Wu was locked in a small room only 3 square meters (about 32 square feet). There was only a window around 25 inches wide. Outside the door was a garbage area that attracted flies and mosquitoes. Her hands and legs were handcuffed and she laid on the iron bed. For nearly two months no one was allowed to see her and she could not wash her face or comb her hair.

After going on hunger strikes time and again, and being repeatedly force-fed, Ms. Wu's four front teeth were knocked out. Her hair turned white. This time she was supposed to be imprisoned until the end of April 2003. However, because she refused to give up her belief, her term was extended by another two months before she was released.

On November 16, 2003, Ms. Wu was reported and arrested at night. She was detained at Hefei No. 2 Detention Center and tortured. In February 2004, she was near death several times as a result of the torture she endured at the labor camp and at the mental hospital. She kept vomiting and had diarrhea. Her whole body was swollen. In 2010, she was arrested again by the authorities in her hometown in Lujiang County when her husband was ill. Since then her family has had no news of her.

After news of Ms. Wu's persecution spread, the international community mounted rescue efforts. Human rights organizations worldwide, government bodies, and the media paid attention to, investigated, and reported on her case. Many letters, post cards, phone calls, and faxes were sent to the labor camp, the mental hospital where she had previously been detained, and the school where she used to work. Appeals and petitions were conducted throughout Japan non stop.

Her case attracted the attention of the international community and was listed as one of the “cases of concern” by the UN “Working Group on Arbitrary Detention.” Ms. Wu Xiaohua was one of the persecution victims on their list when the group visited China in September 2004. However, the communist regime refused to provide any information about her and also refused to allow the group to meet with her.

In late August 2002, during the 12 th International Conference on Psychiatry held in Japan, Ms. Wu Xiaohua's younger sister, Wu Lili, who is living in Tokyo, appealed to representatives from the countries attending the conference, using her sister as an example. She urged the Chinese government to immediately stop the misuse of psychiatry in persecuting Falun Gong practitioners and to release Wu Xiaohua at once. At the conference, it was decided that an independent investigation team would be sent to China to investigate into psychiatric abuse in China. Several media, including Radio Free Asia, Japan's “Yomiuri Shimbun,” the Associated Press, and AFP reported on this.

The communist regime often claims that mentally normal Falun Gong practitioners are mental patients. Regime agents use drugs to destroy practitioners' belief in the principles of the Truthfulness-Compassion-Forbearance. Fourteen years have gone by, and there are no statistics on exactly how many initially healthy practitioners were driven to mental collapse or how many were tortured using nerve damaging drugs. For many years, the authorities have fabricated lies, claiming that practicing Falun Gong leads one to become insane. However the truth has proven that it is the persecution that made normal, healthy practitioners mentally ill.