Mr. Liu was arrested on November 2, 2012. Xinbin County Court secretly tried him November 21. He was accused of “using a heretical organization to undermine the implementation of law” and sentenced to four years in prison. 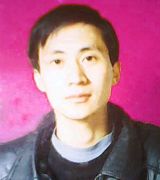 Mr. Liu was speaking with people about Falun Gong in a public area after 4:00 p.m. on November 2, 2012, when someone reported him to the police. Officers from the Xinbin Town Police Station arrested him at around 5:30 p.m. They said that Mr. Liu was arrested for talking about Falun Gong in Yushu Township, Xinbin County in April 2011. The case was still open. They took him to the Fushun No. 2 Detention Center.

Mr. Liu's mother is in her eighties. She visited the Xinbin County Politics and Legal Affairs Committee, police department, Procuratorate, and court several times. She asked about her son's whereabouts but the agents pointed to each other and claimed that they knew nothing. Sad and worried, she cried every day.

Mr. Liu, 36, worked for the Xinbin County State Tax Bureau. He is kind, willing to help others, and well regarded among his colleagues and neighbors. He has been repeatedly persecuted for practicing Falun Dafa.

1. Mr. Liu spoke to Chen Shizhong about Falun Gong in Chaluzi Village, Yushu Township on April 3, 2011. Chen Shizhong reported him to the village head, Chen Yu, who reported it to the Yushu Police Station. Fan Baoyu, director of the police station, slapped Mr. Liu on his face a dozen times. Bian Heming, a driver, joined the beating. They arrested Mr. Liu, took him to the police station, and later admitted him to the Xinbin County Detention Center. Fan signed the document. Officer Liu Chao was the case officer. Officer Dong Xianwei was the assistant case officer.

Mr. Liu was released from the detention center after holding a hunger strike. Officers from the Xinbin County Police Department extorted 2,000 yuan from him.

2. Mr. Liu gave a passerby an amulet and talked to him about Falun Dafa on a street south of Xinbin Town on May 20, 2010. The person happened to be a police officer. The officer arrested him and took him to the Xinbin Town Police Station. Mr. Liu was subsequently taken to the Xinbin County Detention Center. A week after he launched a hunger strike, he was released. The detention center charged his family 50 yuan per day.

3. Mr. Liu distributed truth clarification materials in a park in front of the Xinbin County government building on the evening of May 8, 2009. Some primary school students passed by and reported him to the police. He was arrested and taken to the Xinbin Town Police Station. Officer Zhang Yun was in charge of the case. A senior officer kicked Mr. Liu. Officer Song Ke took him to the Xinbin County Detention Center after interrogation. Mr. Liu started a hunger strike to protest his arrest. He was released a week later. The detention center charged him 50 yuan per day, even though he took no food while he was detained. The money was deducted from his salary.

4. Mr. Liu clarified the truth to students on the south side of the Yanshui Bridge in the western area of Xinbin Town in late May 2009. Three students, who were about 15 or 16 years old, hit him with bricks and reported him to the Xinbin Town Police Station. Officers Jiang Hong and Yi Liguo interrogated him in the police station. Another officer took a video. Mr. Liu did not cooperate. The officer hit him. He was bailed out by his sister and his employer. He was forced to pay 2,000 yuan as a “guarantee fee.”

Held in a Brainwashing Center

1. Mr. Liu spoke about the persecution to someone on the south side of the Xinbin Town Market on November 4, 2010. He was reported, arrested, and taken to the Luotai Villa Brainwashing Center in Fushun. He launched a hunger strike to protest the incarceration. He was beaten by agent Wu Wei. He was released on November 14.

2. Police arrested Mr. Liu and ransacked his home on February 4, 2010. He was incarcerated in the Luotai Villa Brainwashing Center in Fushun. A source said that the officers got a list of 13 names from their superiors.

3. Sun Jisheng and Chu Jun from Mr. Liu's work unit, and Zhang Ling of the Xinbin County Political and Legal Affairs Committee forcibly took Mr. Liu to the Luotai Villa Brainwashing Center on June 9, 2009, where he was incarcerated for 58 days.