(Minghui.org) On May 12, Falun Gong practitioners from Hong Kong held a series of activities and a grand parade to celebrate the 14 th World Falun Dafa Day and Master Li Hongzhi's 62 nd birthday. 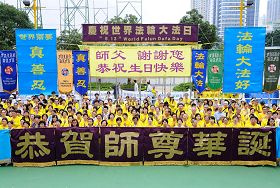 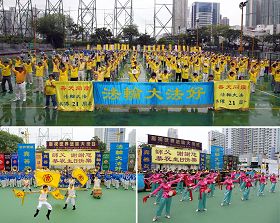 In the morning, practitioners gathered together to do the Falun Gong exercises. Then the Divine Land Marching Band and a waist drum team began the celebration activities with performances. 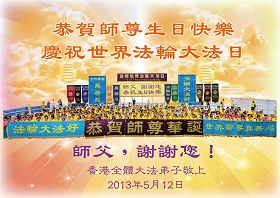 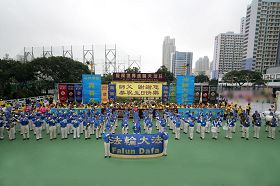 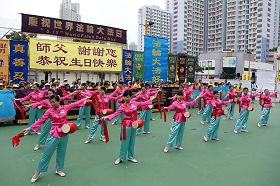 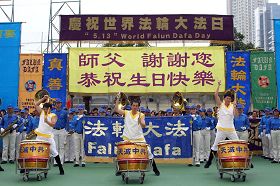 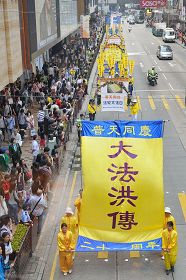 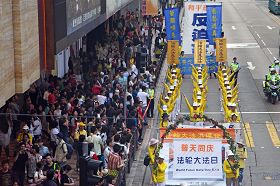 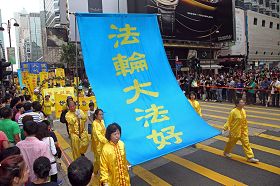 The parade featured the Divine Land Marching Band, Falun Gong exercise demonstration, a flag/drum team, a waist drum team, and many banners and posters that displayed Falun Dafa's worldwide spread, the peaceful resistance to the persecution in China and celebrating World Falun Dafa Day. Crowds of people stopped to watch the march. Many of them took photos and videos. 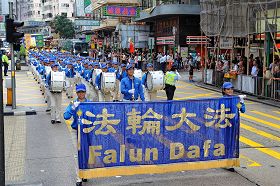 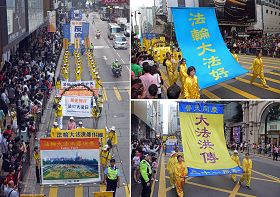 A Chinese tourist at the event said; “I was truly amazed by Falun Gong's march. I never saw it before. It cannot be seen in China. I like the freedom in Hong Kong.”

However, the Hong Kong Youth Care Association (HKYCA), which is an association controlled by the Chinese Communist Party, tried to interfere with the march. HKYCA played propaganda attacking Falun Gong with speakers, and also used cars to try to interfere with the march. Some members of HKYCA circulated among the spectators and verbally attacked Falun Gong. But their actions were condemned by many citizens.

One woman told practitioners that she was annoyed by HKYCA's harassment. She wanted to learn more about Falun Gong. Another woman said: “HKYCA is really evil. We have freedom of belief and speech, but HKYCA tries to interfere with us. Their behaviors break the laws and rules in Hong Kong.”

Benefiting from the Practice of Falun Dafa 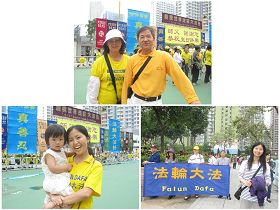 Lin Leping said that practicing Falun Dafa healed many diseases of his. His wife, Awei, saw the changes in him, and started practicing also. Aquan had the similar experiences. Now her whole family is cultivating. Aquan said, “We are here to celebrate Falun Dafa Day, and also to bring the beauty of Falun Dafa to people.” Lin Leping said happily that more and more people have learned the truth of Falun Dafa. “All of our efforts are worth it,” he said.