(Minghui.org) Local practitioners held a rally in Auckland, New Zealand, on April 20, 2013, to call for the end of the persecution of Falun Gong in China. The communist regime has brutally suppressed the followers of the spiritual discipline since 1999. Thousands have been killed, and hundreds of thousands imprisoned for their belief in the principles of Truthfulness, Compassion and Forbearance—the pillars of Falun Gong.

During the three-hour event at the Queen Elizabeth II Square, more than 500 people signed a petition to support Falun Gong.

Practitioners demonstrated the Falun Gong exercises to introduce the practice to the public. They also re-enacted various torture methods that the communist authorities have routinely used on Falun Gong practitioners in detention centers, brainwashing centers, forced labor camps and prisons over the past 14 years. 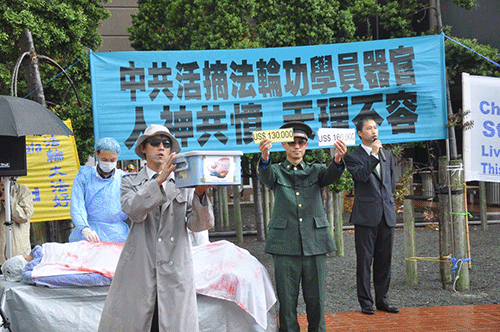 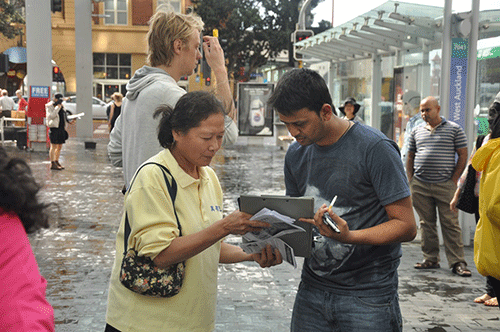 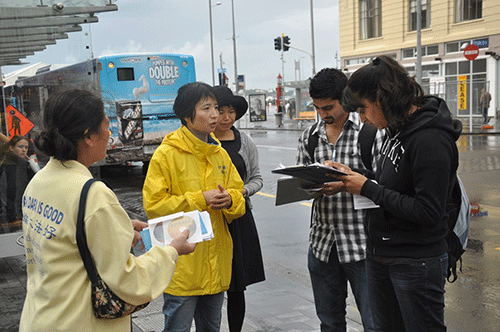 Hundreds of people signed a petition to support Falun Gong. 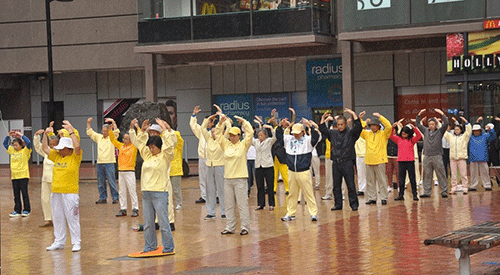 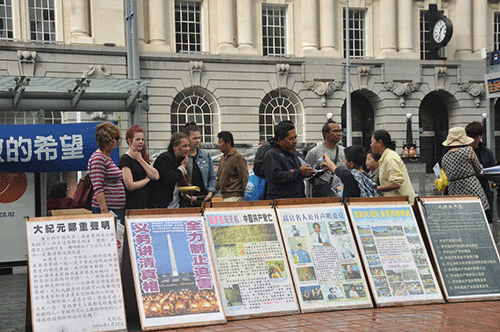 The host of the rally brought focus to the Chinese regime's atrocious crime of harvesting organs from living Falun Gong practitioners for profit. According to the Chinese Department of Health, only 6,000 organ transplant surgeries were performed in China between 2000 and 2003. Between 2003 and 2006, however, the number increased to 12,000-20,000 a year. A detailed analysis and independent investigations by experts around the world revealed that most of the additional organs were obtained from living Falun Gong practitioners detained by the regime.

Many people at the rally were shocked by the brutality of the persecution. A Chinese student took photos of the torture re-enactments and sighed, “It is so horrible.”

More than 500 people who learned about the persecution at the rally signed a petition to support Falun Gong and call for the end of the persecution and live organ harvesting in China. The collected signatures will be submitted to the New Zealand Parliament.