The Rising Tide of Resistance is Unstoppable: Over 5,000 People Call for the Release of Ms. Cui Aijun

(Minghui.org) Falun Gong practitioner Ms. Cui Aijun from Goukouzi Village, Shuangshanzi County, Hebei Province was arrested on December 11, 2012. Within three months, by mid-March, over 3,800 people from the local area had signed a petition to protest. Since then, an additional 1,841 villagers have signed their names to the petition urging the communist authorities to immediately release her.

The procurator's office refused to reconsider Ms. Cui's case and the abuse she endures at the hands of the Qinglong County Domestic Security Division (the police). Police captain Li Yinqing continues persecuting her, and refuses to release her despite the public protests. He threatened Ms. Cui's family that after the two Party Congresses (two major Communist Party political gatherings), he would file more charges and then report her again to the procurator's office.

Ms. Cui's situation has aroused sympathy and indignation from the local people in Qinglong County. Over 3,800 villagers have signed their names on the petition for her release. 156 residents of Goukouzi Village, her home, signed their names and pressed their fingerprints to urge the authorities to release her.

One of Ms. Cui's neighbors wrote on the petition, “The government really makes people angry. We hope the government will soon release her, so she can go home to take care of her elders. Don't waste time and effort persecuting good people. Instead, do something good for the people.”

A teacher wrote, “The Communist Party is really unreasonable. If you are talking about sending people to jail, all communist officials are qualified to be sent there. Falun Gong practitioners just make some calendars and tell people the facts about the persecution. There's nothing wrong with this. The Communist Party doesn't let you say anything. It's a one-party dictatorship. If the Party says you are black, you are black. If it says you are white, you are white. How unreasonable!”

A middle-aged man said, “I will sign my name because I know Falun Gong practitioners are good people. They live according to Truthfulness-Compassion-Forbearance. Is that wrong? The Communist Party is extremely corrupt. It doesn't care if you are a murderer or arsonist. All it cares about is persecuting good people. The Party will soon perish.”

A 70-year-old said, “The elders in her family are really pitiable. Their daughter-in-law was arrested and they have no one to take care of them. The Communist Party is really doing a bad thing. Although I don't know her, I know that all Falun Gong practitioners are kind people. I will sign this petition.”

A young lady said, “I will sign it, but I have a request. This petition must be turned in to the higher government.”

After the news that over 3,800 people had signed the petition to rescue Ms. Cui was circulated on the Internet, the communist agencies involved in the persecution of Ms. Cui panicked.

Feng Qi, an instructor from the Qinglong Domestic Security Bureau; Lu Zhendong, the deputy captain; Guo Zhensheng, a director from the Shuangshanzi Comprehensive Management Office (or 610 Office); and Liu from the police station rushed to Goukouzi Village on March 22 and 23 to harass and threaten the villagers who supported Ms. Cui.

Nonetheless, the tide of the people can't be held back. After 3,800 people petitioned for Ms. Cui, another 1,841 people from the local area stepped forward to support her and call for her immediate release, so that she can go home and take care of her elderly parents-in-law. 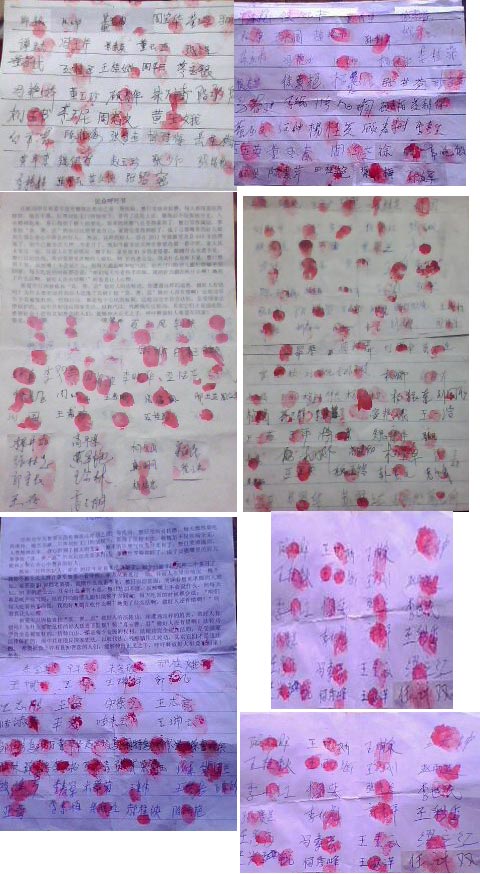 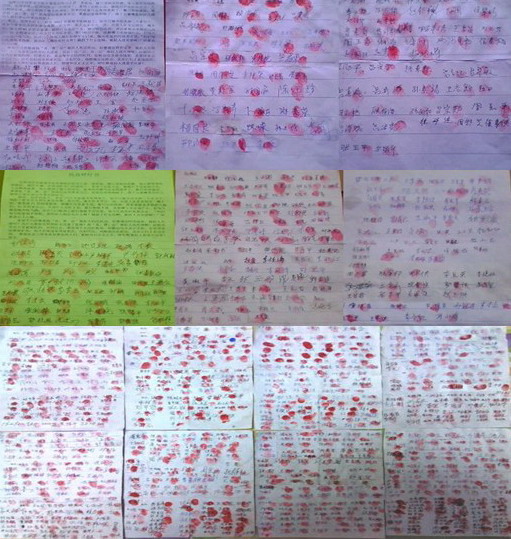 The above-mentioned people then conspired with the Qinglong County Domestic Security Bureau and Feng Qi and transferred her to the First Detention Center of Qinhuangdao City. It has been more than three months now, and they still have not allowed her to see her family.

Since Ms. Cui was arrested, her family has repeatedly gone to the police station and detention center to demand her release, but has been cursed, threatened, and intimidated by the police, who even held Ms. Cui's husband and daughter for a night. The deputy captain of the Qinglong County Domestic Security Bureau clamored, “Even if Falun Gong practitioners don't sign or say anything, we can still sentence them.”

Before Ms. Cui practiced Falun Gong, she suffered from a chronic illness. She took up the practice when the hospital told her that they could not treat her illness.

After she started practicing Falun Gong all her illnesses disappeared. She became very happy and felt blessed. Through the practice, she underwent great changes both physically and mentally and became a better person. She changed her bad temper and became more gentle and kind.

Since then, she has lived according to the principles of Truthfulness-Compassion-Forbearance in her daily life. She lived harmoniously with her family and also her neighbors. Her neighbors were greatly surprised by the changes they witnessed in Ms. Cui.

However, this good person has now been unjustly persecuted. Ms. Cui was forced to perform slave labor for 15 hours daily while being detained in the Qinhuangdao City First Detention Center. If she didn't finish her work on time, the guards would punish her by forcing her to stand for two hours at night, and sometimes deprived her of sleep. They just gave her a small bun for a meal. She has lost a lot of weight and is emaciated. Her feet have swelled and she can't walk with her back straight.