(Minghui.org) Much international attention has been paid to the live human organ harvesting atrocities believed to be sanctioned by the Chinese Communist Party (CCP) since the publication of the book “State Organs, Transplant Abuse in China” in 2012. Medical professionals from many nations around the world are jointly calling for an end to this heinous practice.

Medical professionals and the Department of Health of Taiwan hosted an international forum at National Taiwan University in late February 2013. Five experts who authored the book “State Organs” were invited to attend.

They are David Kilgour, retired Member of Parliament and Canada's former Secretary of State (Asia-Pacific); David Matas, co-chair of the Canadian Helsinki Watch Group; Xu Jianchao, M.D., director of Doctors Against Forced Organ Harvesting (DAFOH); Ghazali Ahmad, a physician from Malaysia; and Jacob Lavee, a medical doctor from Israel. The forum and related activities continued for one week.

The panel of five experts appeared before a legislative hearing addressing top Taiwan lawmakers, as well as a round table discussion with members of the Taiwan Bar Association on February 27. They spoke at the forum at the National Taiwan University on February 28.

The five authors recommended that legislation be passed in Taiwan addressing the crimes associated with live organ harvesting.

The paragraphs below address some of the highlights of these three events. Included are:

o   A public statement denouncing China's live organ harvesting from the Taiwan Bar Association. This is the first such statement ever given by a bar association.

o   Comments from speakers at the National Taiwan University Forum

Experts Give Testimony About Organ Harvesting at a Legislative Hearing

On February 27, the authors testified at a hearing at the Legislative Yuan (legislative branch). They explained the issues surrounding the illegal source of organs in China that are used in transplants, presented their findings about the CCP’s program of live organ harvesting, and shared their experiences of how they have assisted relevant legislation in different nations.

The CCP sanctions the harvesting of transplant organs from living Falun Gong practitioners, death row prisoners, and prisoners of conscience, and profits from the sale of these illegal organs. This is a serious violation of medical ethics and the International Convention on Human Rights.

The United Nations, the U.S. Congress, and the European Parliament have expressed concern, and are following the issue closely.

Data from the Department of Health showed that more than 88 percent of Taiwanese patients who underwent organ transplants outside Taiwan between 2000 and 2011 went to Mainland China. 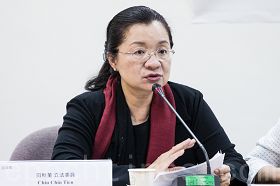 Legislators were enthusiastic about pushing forward a new law, and hoped to protect human rights by finalizing the law.

Honorable Tien Chiu-chin (Democratic Progressive Party) stated that health insurance requests for anti-resistance drugs should clearly state the hospital that the organ transplant took place and which surgeon conducted the operation. Organ transplants performed on Taiwanese patients in other nations/regions shouldn’t be left unregulated. If the health and welfare system doesn’t monitor this, then those who have paid for health benefits may become accomplices to this crime.

She further said that Taiwan doctors should be banned from acting as organ transplant intermediaries. The new law should stipulate criminal prosecution. These doctors in Taiwan must be stopped from continuing to disgrace medial professionals in this field.

Honorable Lin Shih-chia (Taiwan Solidarity Union) proposed to introduce the bill at the end of the current legislative session. This will help to protect Taiwan patients and prevent Taiwanese from becoming accomplices to the heinous crime of live organ harvesting by the CCP.

On February 27, the largest bar association in Taiwan, the Taipei Bar Association, invited the five experts who authored “State Organs” to a roundtable discussion to address the types of legislation that have been adopted in other nations who have banned organ transplant tourism. They also discussed the current status of the global condemnation of the CCP’s live organ harvesting program.

The statement calls for the Chinese regime to release all prisoners of conscience, and requests that the Taiwanese government and other governments implement legislation to prohibit organ transplantation using organs from illicit sources.

Mr. Weng Kuo-Yen, a lawyer and chairman of the Taipei Bar Association’s Committee for Human Rights, said, “We especially do not wish to see Taiwanese people traveling to mainland China for organ transplants, thus becoming co-conspirators in the CCP’s criminal enterprise of illegal organ harvesting.”

Many seasoned attorneys listened attentively to the speeches by the experts. Yu Mei-nu, former president of the Taipei Bar Association, and Huang Wen-ling, a Taiwan legislator, also attended.

Honorable Huang Wen-ling stated that the CCP’s involuntary live organ harvesting is barbaric behavior, and that Taiwan should evaluate this issue from the perspective of medical ethics. Taiwan should forbid patients from going to mainland China for illegal organ transplants.

Honorable Yu Emi-nu (Democratic Progressive Party) said that people have heard about forced organ harvesting for quite some time, and Israel has established laws to ban the illegal organ transplants. "Where did the organs come from in mainland China? How can someone obtain an organ in just a few days after arriving in China?" She said that Taiwan should take advantage of the opportunity while the experts are visiting Taiwan and consider relevant legal revisions. 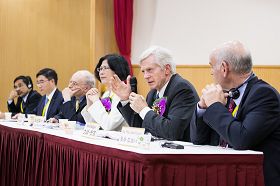 The five authors attended the “Medical Safety and Global Legislative Trend of Citizens’ Overseas Organ Transplant” forum on February 28 at the International Convention Hall at National Taiwan University. The Department of Health announced at the forum that it would revise the laws involving the issue of “human organ transplant regulations,” establish criminal prosecutions of intermediaries or brokers of illegal organ transplants, and reduce the number of patients who would receive organs with unclear origins. 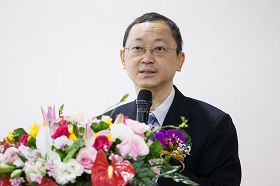 Hsu Ming-Neng, director of the Bureau of Medical Affairs

Hsu Ming-Neng, director of the Bureau of Medical Affairs, stated that he would revise the related laws. This change could take place as early as July or August. After the law is revised, those who conduct organ transplant intermediary businesses, whether they are physicians, medical professionals, or tourism professionals, once confirmed, would be fined 200,000 to one million Taiwan dollars (about $6,000 to $30,000) and be criminally prosecuted. 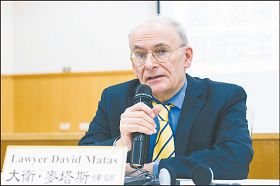 Mr. Matas said that within the past seven years, faced with strong condemnation, the CCP announced a ban on the organ transplant trade, but escalated a cover-up of organ sources. 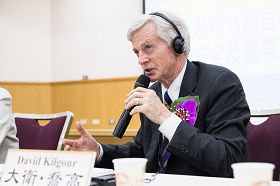 David Kilgour, former Canadian Secretary of State (Asia-Pacific), said that about half of the detainees in Chinese labor camps are Falun Gong practitioners. They are forced to work 16 hours every day, don’t get paid, and are given little to eat. They make products for export, including apparel and Christmas decorations. He said that the business world should take a serious look at China’s human rights violations.

He hopes for collaborations between medical doctors and attorneys around the world to end the CCP’s organ harvesting crimes. 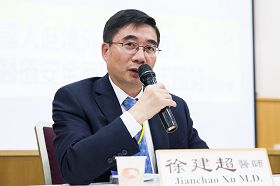 Dr. Xu Jianchao, director of DAFOH and assistant professor at Mount Sinai School of Medicine in New York City, stated that organ transplants can save lives, but it would be inconceivable for transplanting to be used as a killing tool. There should be public education to inform people not to take part in this. If people don’t take part, illegal organ transplants won’t occur.

In China, the majority of source organs come from Falun Gong practitioners. If the medical fields, legal fields, and society at large join forces to stop the persecution and human rights violations, the issue can be resolved. Dr. Xu thinks that the CCP is now profiting from forced live organ harvesting in a more secretive way. In addition to legislative actions in Taiwan, he thinks this issue warrants global attention. 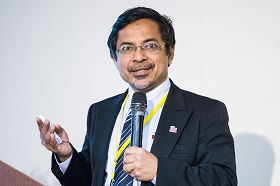 Ghazali Ahmad, chairman of the Advisory Committee of
National Kidney Registrar of Malaysia
and president of Kidney Association of Malaysia

Ghazali Ahmad, chairman of the Advisory Committee of National Kidney Registrar of Malaysia and president of Kidney Association of Malaysia, stated, “Even though the number of organ transplants done in mainland China involving Malaysians had been reduced from 140 in 2004 to about 40 in 2011, there were still patients willing to pay 350,000 Malaysian Ringgit (about $120,000) to have an illegal kidney transplantation in 2013.”

Mr. Ahmad pointed out that in order to stop illegal overseas organ transplants, a nation would have to improve public education, locate more organ donors, and establish related laws. 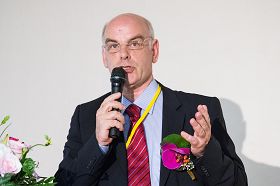 Dr. Jacob Lavee, director of Department of Heart Transplant at Israel's Sheba Medical Center, is one of the major advocates for the passage of Israel's organ transplant law in March 2008. The former president of the Organ Transplant Association of Israel stated that many years ago a patient of his told him that he was going to receive a heart transplant in China and the wait time was only three weeks. The patient completed the surgery within the time frame. He was shocked. He subsequently started investigating the organ transplant situation in China.

Dr. Lavee found out that the organs transplanted in China came from criminals, prisoners of conscience, and even Falun Gong practitioners. Targeting illegal and unethical organ transplants, he started pushing for relevant laws in Israel.

Forum is Well Attended and Covered by Taiwan Media
The forum was well received, with over 200 medical doctors, nurses, and medical experts in attendance. Dr. Lee Ming-Che, board member of the Taiwan Organ Donation Center, responded positively to the initiatives by the international experts.

The next day, all four major newspapers in Taiwan reported on the event. They highlighted a decision by the Department of Health, stating that as soon as July, overseas organ transplant intermediaries will be prosecuted. The Taiwan Central Radio Station and Taipei Times also covered the recent activities of the “State Organs” authors in Taiwan.