(Minghui.org) Falun Gong practitioners in Batam Island, Indonesia brought uplifting music to a series of local events to celebrate Christmas and the New Year with locals on December 14 and 15. The Divine Land Marching Band, composed of practitioners in Indonesia and from Malaysia and Singapore, played uplifting and peaceful music. The performance and Falun Gong exercise demonstrations were well received by local residents. 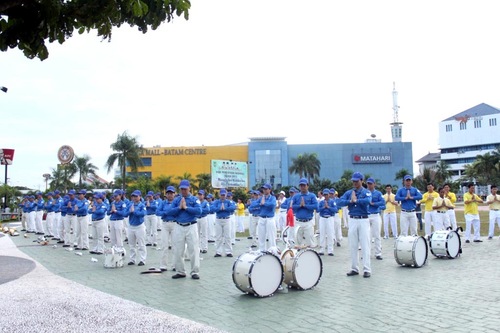 Batam Island is a northern island in Indonesia and the nearest island to Singapore. Many Singaporeans like to visit the island for shopping and entertainment. 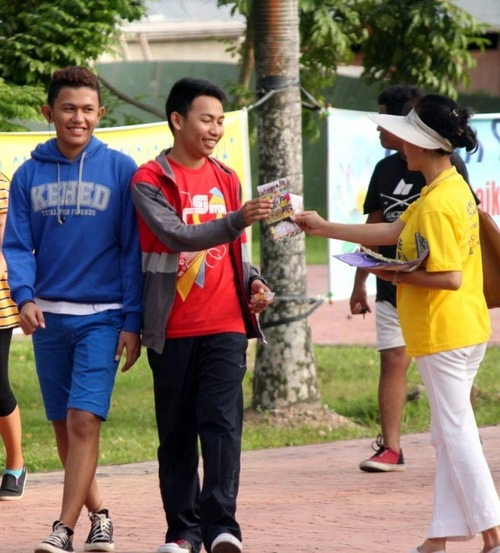 Locals were happy to take Falun Gong materials during their morning exercise. 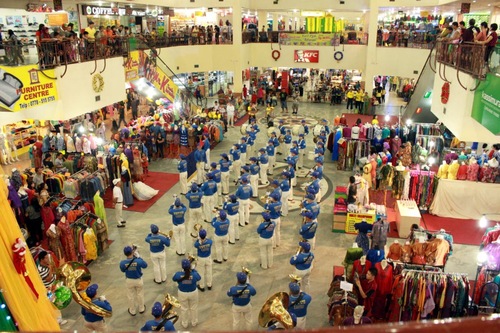 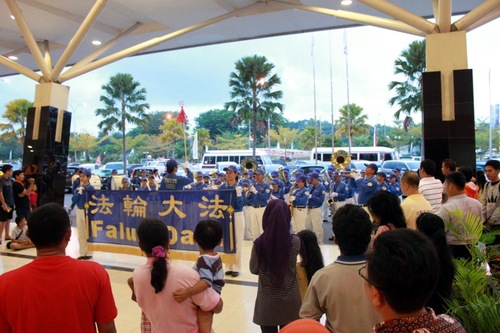 Falun Gong practitioners demonstrated the first to fourth exercises outside of the Alun-Alun Pemko Batam City Hall prior to the Divine Land Marching Band performance in the morning of December 15. The performance then further displayed the beauty of Falun Gong and extended the practitioners' New Year greetings to spectators.

Before the performances, practitioners also gave a special introduction of the Divine Land Marching Band – It is not only a band popular in Asia, but also performs regularly in North America, Australia and Europe. 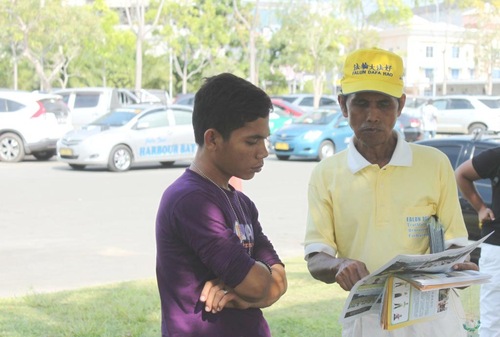 Zulkifli (right), a Falun Gong practitioner who lives in Batam Island, benefited a lot from the practice. Therefore, he wanted to let more people know the beauty of Falun Gong.

Mahadi Capah saw the practitioners during his morning exercise. He appreciated that the practitioners exposed the lies of the Chinese Communist Party and enabled him to know the facts of Falun Gong, something that he didn't know for the past 10 years.

He acknowledged people's basic human rights and that qigong exercises are good for health. 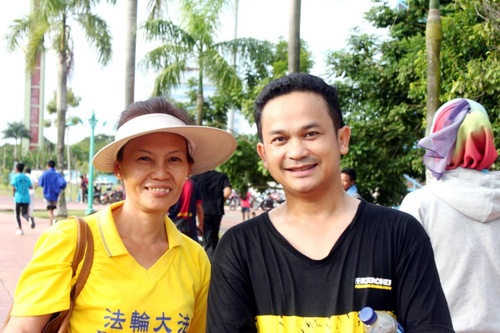 Mahadi Capah appreciated that practitioners exposed the lies of the Chinese Communist Party and enabled him to know the facts of Falun Gong.