(Minghui.org) The global condemnation of forced organ harvesting in China is on the rise, yet the magnitude of this heinous state-sanctioned crime is still to be fully exposed. For the Falun Gong practitioners who are being persecuted in China, more and more specifics point to a likely reason for some death cases—organ harvesting.

The death of Mr. Peng Min in 2001 may have been among the first of such cases.

One day after being injected with unknown drugs, Mr. Peng died at a hospital, at around 1:00 a.m. on April 6, 2001. Prior to that, the hospital had performed an unauthorized surgery on him, after he became paralyzed due to torture. The surgery left him with a large hole in his lower back, which was never treated.

The hospital refused to perform an autopsy, and without permission from the family, worked with police to have his body immediately cremated. Mr. Peng's mother suspected that the “medical treatment” at the hospital directly led to her son's death. 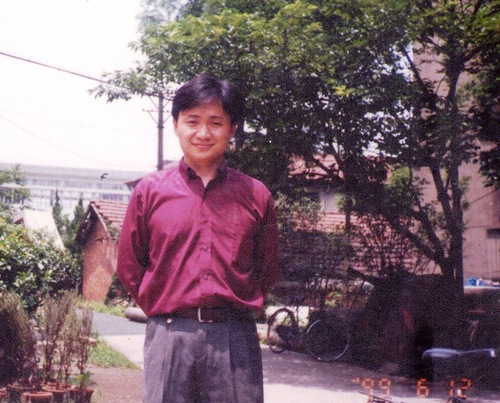 Just when Mr. Peng had gradually regained his ability to eat, drink, and speak, after his mother brought him home from the Qingling Detention Center, where he had been paralyzed due to torture, the Wuhan City Police Department dispatched 30 officers to arrest Mr. Peng and take him to the Wuhan No. 7 Hospital. There he was sent directly to an operating room.

After the unauthorized surgery, Mr. Peng was isolated in a small room at the end of a hallway in the orthopedic department of the hospital. Police officers and 610 Office personnel detained Mr. Peng's mother and brother at the hospital, claiming that they were needed to care for Mr. Peng. In reality, they were held to prevent them from spreading word about the injustices taking place.

Police officers monitored the family around the clock to prevent any outside contact, but three friends managed to successfully visit Mr. Peng in March, and they saw the large hole in his lower back. Mr. Peng’s mother informed them that the hole had appeared after the mysterious surgery, and that the hospital had never treated the wound.

Why was there a large hole in Mr. Peng’s lower back, especially since he had no medical condition to warrant surgery? It is likely that the hospital harvested one of Mr. Peng’s kidneys for transplantation.

Mr. Peng lost all feeling from the neck down after the surgery, yet the doctors were not concerned in the least. They even said plainly to his family that Mr. Peng would remain in the hospital until he died. The behavior of the medical personnel in the hospital was suspicious.

Mr. Peng was beaten repeatedly at the Qingling Detention Center because he refused to give up his belief in Truthfulness-Compassion-Forbearance, the principles of Falun Gong, and for doing the five sets of exercises.

Warden Xiong Jihua, other guards, and inmates brutally tortured Mr. Peng under the direction of detention center authorities. They dragged him, and banged his head against a wall, causing him to lose consciousness. They beat him, delivering heavy blows to his head, and kicked him front and back. Xu often ordered the inmates to beat Mr. Peng with no concern for his injuries. Guard Zhu Handong ordered inmates to hold him down on a bed and strike his backside with shoes.

Mr. Peng developed two, 13–15 centimeter (5–6 inch) pustules on his backside and left leg in August 2000. Not only did Mr. Peng not receive treatment, the guards even instructed the inmates to use the opportunity to “teach him a lesson.” A dozen inmates held him down on a bed and took turns squeezing and aggravating the pustules, causing him great pain. Mr. Peng could subsequently not fall asleep for an entire month.

Mr. Peng was beaten and verbally abused for an entire day by guards and a dozen inmates in January 2001. They crushed his limbs and fifth vertebrate in his back, and fractured his neck, causing him to lose consciousness. He was taken to the Wuhan No. 3 Hospital. He survived but became paralyzed.

The Wuhan No. 7 Hospital cooperated with state-run media to fabricate news and deceive the public about this case. The hospital told the media that the police had saved Mr. Peng after he jumped from a building. Even the staff in the orthopedic department believed the lies and assisted police by refusing the family’s request for an autopsy, as well as expediting the cremation. The staff assisted the Chinese authorities in persecuting a Falun Gong practitioner, thereby committing a serious crime.

The Wuhan No. 7 Hospital has now been bought out by the Asian Cardiology Hospital and renamed the Asia Cardiology No. 7 Hospital. Jin Jianping, director of the orthopedic department, suffered a stroke and became partially paralyzed two-and-a-half years ago. In addition, some of staff members were laid off, and one was diagnosed with cancer.

What goes around truly does come back around. Those who have persecuted Falun Gong practitioners have committed serious crimes and will be punished. I hope that people will see the facts and do what is right.

“Experiencing “Warmth” from the Fa”

“Sister and Brother Arrested and Sentenced to Four Years in Prison”