(Minghui.org) The nationwide persecution of Falun Gong has made Falun Gong practitioners the primary targets for large-scale forced organ harvesting in China. The Chinese communist totalitarian regime sanctions this heinous crime against humanity and carries it out systematically.

A number of EU Parliament members (MEPs) pointed out this important insight before passing the EU resolution regarding the issue.

The resolution, proposed by 56 MEPs in five political parties, calls on the Chinese government “...to end immediately the practice of harvesting organs from prisoners of conscience and members of religious and ethnic minority groups.” 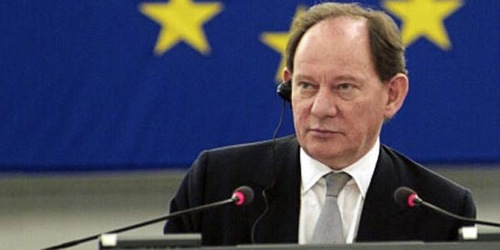 At a press conference he called during the plenary session in the EU Parliament, Edward McMillan-Scott, European Parliament Vice-President, stated that large-scale organ harvesting was only possible because of the Chinese totalitarian regime.

He expressed his strong view that totalitarian regimes—be it the Nazis, the USSR, or the Chinese Communist Party (CCP)--stop at no evil. His own investigation in China in 2006, as well as other independent investigations, lead to the same conclusion... Prisoners of conscience, especially Falun Gong practitioners, are the primary targets of forced organ harvesting.

In an interview with NTD (New Tang Dynasty Television), Mr. McMillan-Scott said, “The EP is the voice of 500 million Europeans. The appalling way in which prisoners of conscience, particularly the enormous number of Falun Gong practitioners, are tortured, and worse, many of them lose their lives for the very lucrative business run by the People's Liberation Army of China, in organ harvesting, and it's that which the resolution seeks to condemn.” 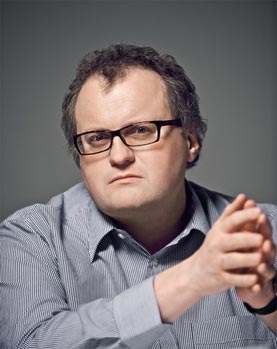 Professor Leonidas Donskis, a MEP from Lithuania, believes that crimes of organ harvesting can only occur in a communist country. He said that respect for China will only be possible after an immediate end to such crimes.

“We cannot ignore the fact that in the 21st century, human beings can be relegated to the status of raw materials for organ transplantations, for organ harvesting. This is absolutely incredible after the Second World War, after the Nazis. We cannot tolerate such practices,” he said in an interview.

MEP Laima Liucija Andrikiene commented after the EU resolution passed, “During the debate on this urgent resolution, I also expressed my opinion. I said that systematic and state-sanctioned organ harvesting in China, including political prisoners, prisoners of conscience, including Falun Gong practitioners, is absolutely unacceptable, and should be ended immediately.”

Even though the news of forced organ harvesting from Falun Gong practitioners broke in 2006, Chinese doctor Wang Guoqi testified in the U.S. Congress as early as June 2001 that hospitals were working in collusion with state security agencies to extract organs from executed prisoners without written consent of the organ donors, and that these transplants were a lucrative source of income.

When the persecution of Falun Gong resulted in large numbers of prisoners of conscience in labor camps and prisons, the scale of organ harvesting expanded significantly, under the directive, “Destroy Falun Gong practitioners physically, ruin their reputations, and bankrupt them financially.”

Monica Macovei, MEP and a former prosecutor, has no doubt of the existence of a large live organ pool, based on the huge difference between the short wait times for matching organs in China vs. the long wait times in European countries.

In an interview she commented, “I insisted that over half of these people who are the victims of the harvesting of organs come from the Falun Gong organization. Basically, practitioners are the primary victims of this crime after the 1999 peaceful demonstration.” 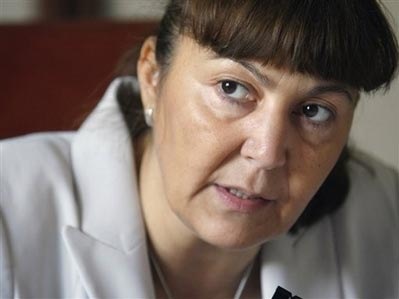 Monica Macovei, MEP and a former prosecutor, has no doubt of the existence of a large live organ pool in China.

Eija-Riitta Korhola, MEP from Finland, believes that a major cause of large-scale forced organ harvesting in China is the systematic state-sanctioned persecution of Falun Gong, which Mr. McMillan-Scott identifies as genocide according to international laws. 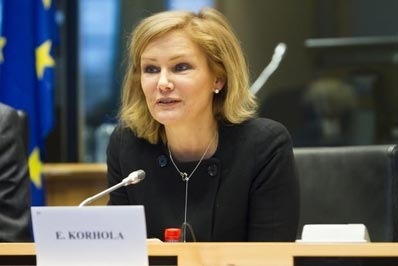 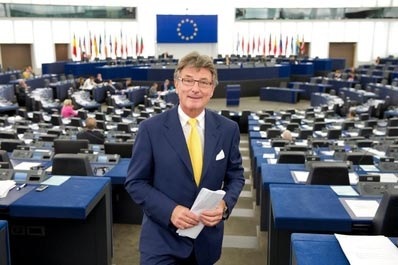 During his speech in the EU plenary session, MEP Franz Obermayr from Austria stated that Falun Gong practitioners are the primary victims of CCP state-sanctioned organ harvesting.

“Much More Determined to Continue Our Support” 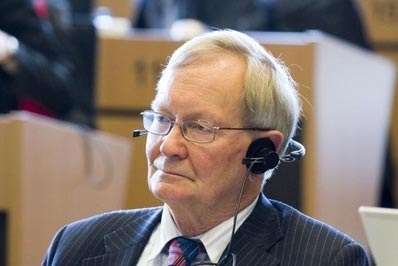 As an author of the resolution, Mr. Tunne Kelam, a senior MEP from the largest political group in the Parliament, was pleased to see that it passed, “It was long overdue. We should have done this earlier, but I think we have learned very much during this process of support. Now we are much more clear about what is going on in China, and much more determined to continue our support, and express our solidarity to our Chinese friends.”

“Experiencing “Warmth” from the Fa”