The first words Ms. Chen Dongmei, a Falun Gong practitioner from Tangyuan Farm in Heilongjiang Province, heard after arriving at the Qinglongshan Brainwashing Center were, “Where do you think you are? This is hell on earth.”

During her 81-day stay at the brainwashing center, she was subjected to intense brainwashing in an effort to make her renounce Falun Gong. She and her family have suffered tremendously. 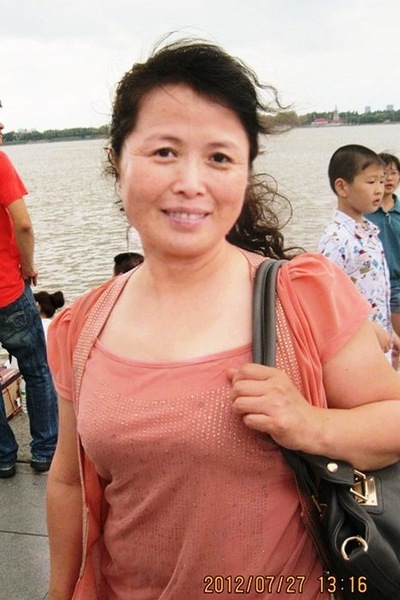 Ms. Chen, who was born on January 6, 1969, began practicing Falun Gong in late 1998. The principles of the practice, Truthfulness-Compassion-Forbearance, deeply touched her, and she lived by them. Her bad temper improved without her noticing, and the once-arrogant woman became friendly. Her many health problems, including chronic swelling and inflammation of the stomach lining, allergic hives, and chronic arthritis, all disappeared. She became physically and mentally healthy through practicing Falun Gong. Her family was happy.

Ms. Chen has been repeatedly harassed and arrested by officials from the Tangyuan Farm 610 Office ever since the Chinese Communist Party (CCP) began the persecution of the practice in 1999.

Arrested and Taken to a Brainwashing Center

Ms. Chen was arrested on September 3, 2012, outside the Tangyuan Farm office building, by officers Wang Dong and Chen Xiaoping of the Tangyuan Farm 610 Office. At the police station, they claimed that she would be taken for an “educational program” for a few days. When she refused to get in the car, political instructor Jiang Shuangfu of the Tangyuan Farm Police Department threatened her, saying, “Do you want to be handcuffed and thrown into the car?”

They arrived at the Qinglongshan Brainwashing Center after traveling for more than five hours. She was held in a small double-gated cell with metal bars on the window. There were two openings on the metal door, and someone peeked in the top opening from time to time. There was also a video camera and a listening device installed above the door.

She tried to clarify the truth about Falun Dafa to the guard who escorted her to her cell, who said, “Where do you think you are? This is hell on earth. Don't even bother. I have heard what you're saying many times.”

Many people at the center tried to force her to renounce her belief in Falun Dafa on a daily basis. She was forced to watch video programs that slandered Falun Gong and its founder, and the volume was set very high. She was on the edge of mental collapse but told herself, “You can't go mad. The day will come when you will be released.”

Every illegally detained practitioner was pressured to write the three statements to officially renounce his or her belief.

Falun Dafa had cleansed her soul and given her a healthy body, yet she was pressured to slander the founder of Falun Gong every day against her will. She was in a constant agony of guilt. “Living death” had only been an expression to her until it became a real life experience at the Qinglongshan Brainwashing Center.

Ms. Chen was given a thorough physical on her fifth day in the brainwashing center. Samples of her blood and urine were collected, she was given a chest x-ray and an ECG, and her blood pressure and weight were measured. Her weight dropped from almost 150 pounds when she first arrived to only 135 pounds five days later. Enduring the intense brainwashing tactics made Ms. Chen feel like crying every day. Her heart ached and she experienced chest pain and tightness.

Ms. Chen one day overheard guard Tao Hua and collaborator Li Jingfeng laughing together, “So pathetic! Have you seen how those men in their forties and fifties cry when they finished writing the three statements?”

Tao and Li also talked about a practitioner from Jiansanjiang that everyone referred to as Sister Li, who was 61 years old. Sister Li was said to have slapped herself in the face more than ten times after she wrote the three statements. Ms. Chen was heartbroken when she heard them poking fun at practitioners. She knew exactly how these practitioners felt. Giving in to the evil demands under pressure caused them unbearable pain and regret.

Ms. Chen's daughter came from Shanghai to visit her on October 2, 2012, along with Ms. Chen's two younger sisters. When Ms. Chen saw her daughter and two sisters, she saw in their eyes how frightened they were. Her daughter had lost more than ten pounds since her arrest. They were being closely monitored, so they couldn't talk much. Ms. Chen told them to leave after a short while so they would not be questioned by the guards. Her daughter and sisters hugged each other and cried as soon as they walked out the gate.

When her husband visited her, she noticed that he too had lost weight. He was very quiet and did not say much. Ms. Chen told him that the guards used violence to “transform” practitioners. She asked him to leave after a short while. Her husband is a simple and honest man. When their friends asked about Ms. Chen, he always told them that if a person didn't have a strong will, they could go mad at the brainwashing center. He quietly shouldered a lot of pressure and pain.

Officials at Tangyuan Farm paid 25,000 yuan for Ms. Chen's expenses at the brainwashing center. When her friends asked where she was, officers at the local police department claimed that she was attending an “educational program.”

Her husband said she was mentally ill, but in fact she was still suffering from the aftereffects of the intense brainwashing tactics. Even in her own home she was fearful.

Officer Wang Dong from the Tangyuan 610 Office went to Ms. Chen's home on December 20, 2012, and ordered her to meet with his superiors. She refused. Wang put pressure on her husband so he would take her to see his superiors. Her husband became very quiet. Her in-laws thought there was a problem with their marriage and were afraid to ask about it. The dreaded silence at home made things tense. Officer Wang Dong stopped harassing her only after his wife was in a car accident and was hospitalized on the day he planned to arrest Ms. Chen.

Ms. Chen's stay at the brainwashing center has adversely affected both her and her family. Her mother-in-law asked Ms. Chen's daughter, “You mom has always come to spend the Moon Festival with us. Why is she not here this year? Is she upset?” Her daughter didn't know how to respond. She kindly told her grandmother, “Mom has something to take care of. She couldn't come this year.”

“Persecuted Since She Was a Child, Ms. Li Ying Arrested Again”