Canada: Persecution of Falun Gong Under the Spotlight at Government Roundtable on Human Rights

(Minghui.org) A recent government roundtable on human rights in Ottawa, Canada, put the spotlight on the persecution of Falun Gong in China in general, and on organ harvesting atrocities in particular. Various government officials spoke out in support of Falun Gong at the December 9 meeting, the eve of International Human Rights Day.

Andrew Bennett, Canada’s Ambassador to the Office of Religious Freedom, told the Calgary Herald that he remains deeply concerned about the Chinese government's “unacceptable” treatment of Falun Gong practitioners as well as Buddhist Tibetans, Uighur Muslims and Christians.

David Sweet, Member of Parliament (MP) on the Subcommittee on Human Rights, considers the organ harvesting issue “very troublesome,” and vowed to “get to the bottom of it.” 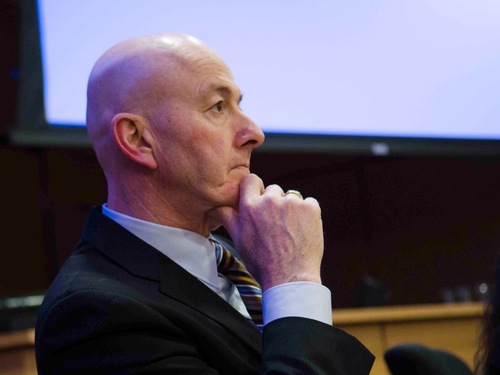 David Sweet, Member of Parliament (MP) on the Subcommittee on Human Rights vows to “get to the bottom of [the organ harvesting issue].”

Mr. Tim Uppal, MP and Canada's Minister of State for Multiculturalism, MP Elizabeth May, leader of the Green Party, Senator Thanh Hai Ngo, MP David Sweet, and a representative from the office of MP Wayne Marston listened to presentations from about 20 groups at the meeting. 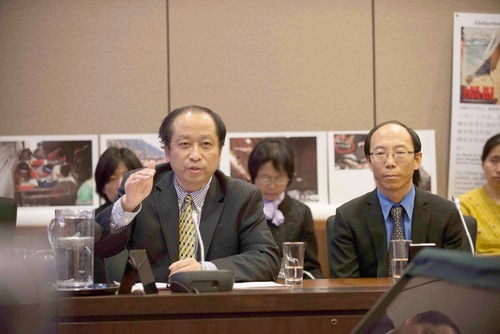 Shawn Li, President of the Falun Dafa Association in Canada, and Mr. He Lizhi (right), a survivor of the persecution, speak at the roundtable.

Survivor of the Persecution: Suffered Every Minute

Mr. He Lizhi, a survivor of the persecution of Falun Gong, shared his personal experience of persecution in China. He once received a gold award for China's Outstanding National Engineering Design. Despite his achievements and upstanding character, he was targeted for persecution because of his belief in Falun Gong. Mr. He spoke about the tortures he experienced during his three and a half years of detention.

Mr. He said, “The persecution almost took my life away. During those three and a half years, I was suffering every day and every second, not only physically, but also mentally. The prison guards used all means to force me to abandon my belief and conscience.”

One of the tortures the guards used was to drag him outside in the freezing cold and pour water on him. As a result, Mr. He suffered a high fever for two months. He was not given any medical treatment.

The persecution of Falun Gong is illegal even in China, Mr. He said. His captors told him that if he wrote a declaration stating that Falun Gong practitioners were not tortured in the prison, he could return to his job immediately. He refused to comply and was prosecuted and sentenced to prison without due process. The judge told him that the prison term was predetermined and asked him, “Why did you bother to find an attorney?” 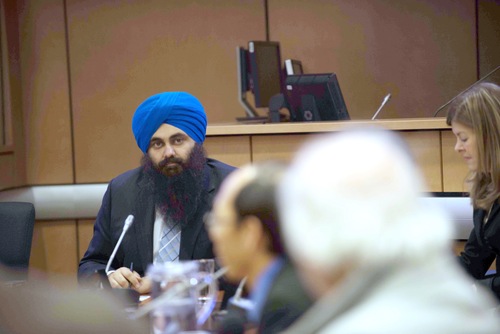 Mr. Tim Uppal, MP and Minister of State for Multiculturalism of Canada, encourages all groups to share what's happening “because the more we learn, that could affect our decisions.”

610 Office vs. Office of Religious Freedom

Shawn Li, President of the Falun Dafa Association in Canada, spoke about the nationwide, state-sanctioned persecution of Falun Gong and the 610 Office, a major tool in the persecution.

Mr. Li explained that the 610 Office is a special office that was established on June 10, 1999, to carry out the implementation of the persecution at all levels of the Chinese Communist Party (CCP) and governmental agencies. The 610 Office has been given the power to execute the persecution above the law.

Mr. Li also asked the meeting attendees to consider the contrast between the 610 Office in China and the Office of Religious Freedom in Canada. Government entities are supposed to benefit society, not attack law-abiding citizens. In China, however, the CCP employs the national apparatus to launch and maintain a persecution of a large segment of mainstream society. This situation has made forced live organ harvesting of Falun Gong practitioners a reality. The magnitude and brutality of this unprecedented evil is yet to be fully exposed and understood by the world. 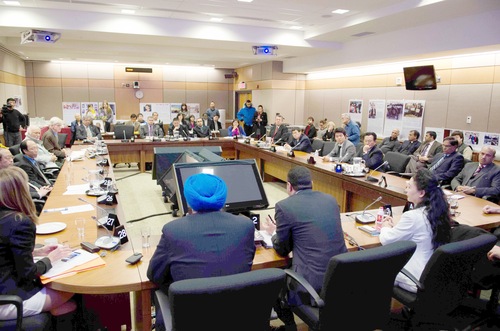 The persecution of Falun Gong and forced organ harvesting in China were in the spotlight at a government roundtable on human rights in Ottawa, Canada on December 9.

“Even Immortals Have Difficulty Finding a Person Without Greed”