The protest comes at a time when a resolution condemning “the large scale organ harvesting of unwilling Falun Gong practitioners in China” is being debated in the European Parliament with a vote scheduled for December 12. Practitioners hope that Parliament will pass the resolution with due haste.

Mr. Tunne Kelam, a member of the European Parliament Foreign Affairs Committee, and one of the EU Parliament members who initiated the resolution, was encouraged by the protest.

He stated that one action that can be taken by the EU Parliament is holding a debate and vote on the resolution. He has said that if we don’t take seriously what we know about this practice, we become morally and politically co-responsible for what’s going on. 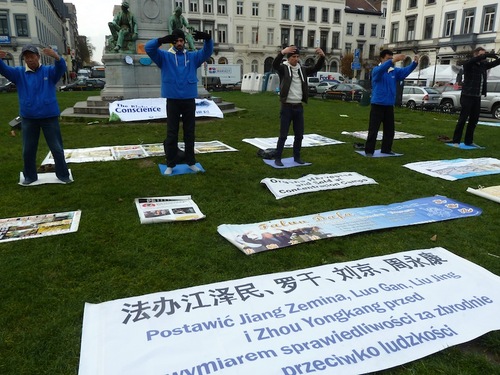 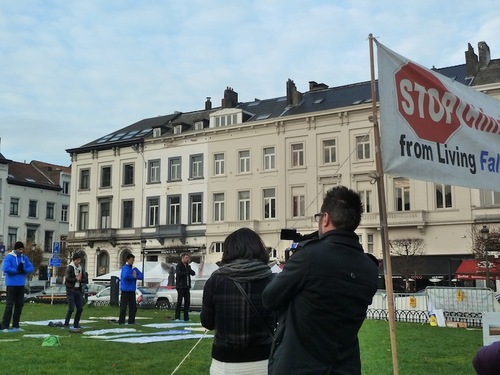 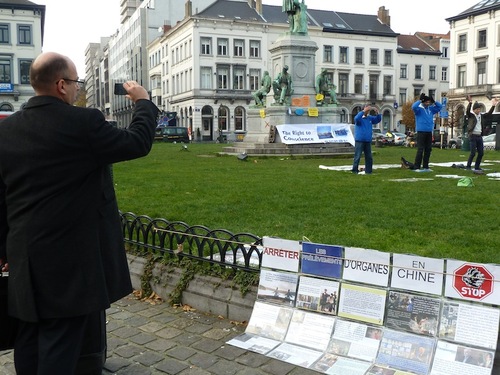 Practicing the Falun Gong exercises in front of the EU Parliament Building. 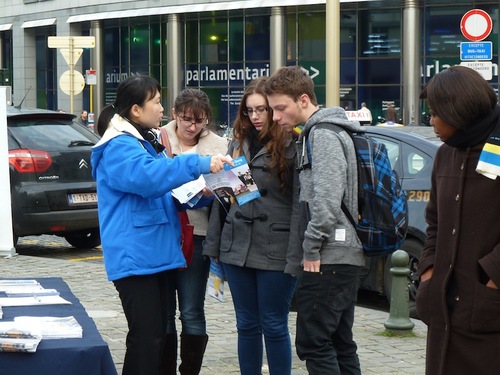 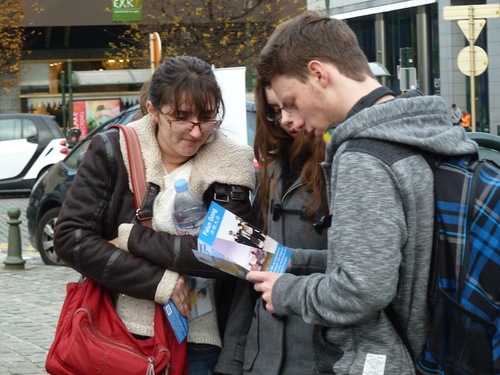 Telling people about the organ harvesting atrocities in China

On December 5, practitioners were allowed to hold activities on the lawn inside the Parliament grounds, since the public space outside was occupied by other event. Practitioners were also able to pass out flyers at the entrance of the building, which is rare.

A security guard at the building told practitioners that he has never seen any group permitted to hold an event on the Parliament lawn, a location where people in the Parliament building can clearly see the ongoings.

Support from Visitors from All Walks of Life

Many government officials and staff members have heard about the persecution of Falun Gong, and know well about the organ harvesting. A man and a woman passed by practitioners' booth one day, and the man thanked practitioners for telling the public the facts, and said that he would do his best to help Falun Gong. Practitioners later learned from the woman that this man was one of the EU Parliament members.

Many passersby viewed the truth-clarifying materials and signed the petition. Several people said that they would ask their Parliament members to support the resolution. Mat, a Spanish lady, said with tears, “I love China. The persecution has to stop. I hope that you can keep it up. Well done.” She held her hands together and said thank you in Chinese to practitioners. 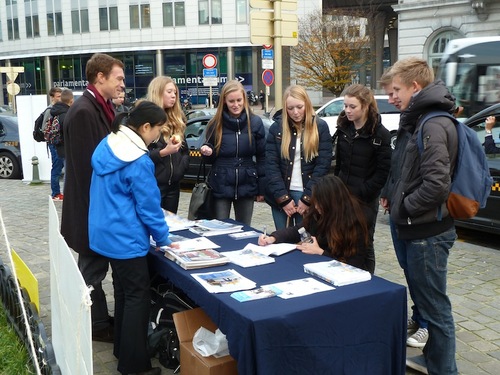 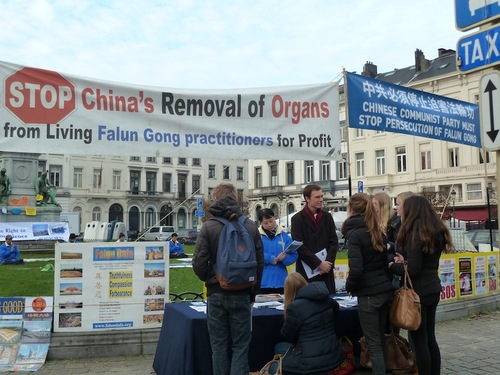 People sign the petition in support of Falun Gong.

Ms. Liu Yumei, one of the protestors, was rescued by the United Nations a few years ago. She now lives in Finland. Four of her family members were tortured to death during the persecution of Falun Gong in China. She was also jailed and tortured for her beliefs.

Ms. Liu said, “In the prison, one police officer threatened me that if I don't tell them my name and home address, my organs would be harvested, and no one would even see my corpse. My sister also had a similar experience. I am lucky to be here as a witness of the evil persecution.”

Action to End Organ Harvesting Around the World

Lawmakers in the UK, France, Sweden, and Germany have recently held hearings and forums on this issue. Resistance to and condemnation of the organ harvesting from living Falun Gong practitioners reached a climax this month.

The organization DAFOH (Doctors Against Forced Organ Harvesting) formally presented to the office of the U.N. High Commissioner for Human Rights a petition that calls for “An immediate end of forced organ harvesting from Falun Gong practitioners in China.” Almost 1.5 million people from over 50 countries in 4 continents signed the petition.