(Minghui.org) Performing in three Christmas parades in one day, the Divine Land Marching Band of the Toronto Falun Gong group contributed to the festivities in Waterloo, Hamilton, and Brampton on November 19. Hundreds of thousands people watched the parades. The organizer of the Waterloo parade said, “They are so busy because they are so popular.” 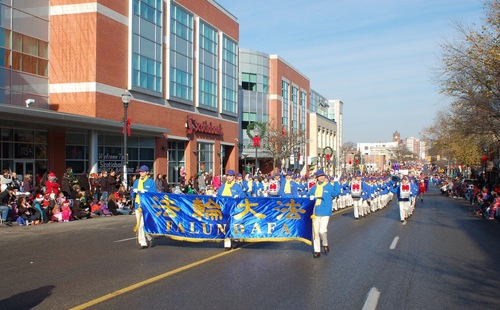 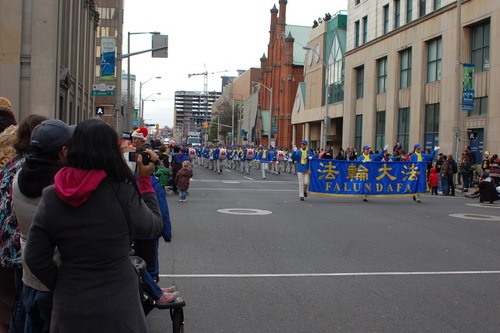 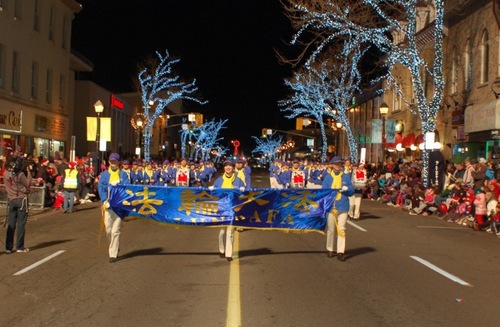 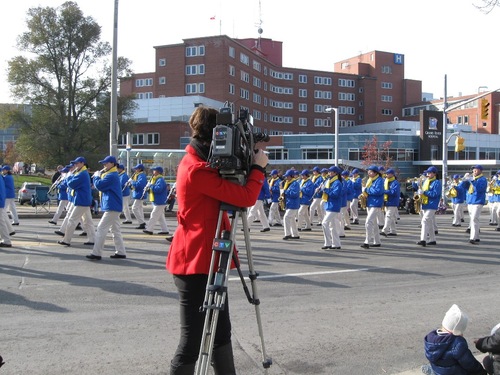 When the organizer of the parade in Waterloo learned that the band would perform in another two parades later that day, he put the band at the beginning of the line up. He said, “It was four years ago when I first saw the band perform. It was very impressive. In the last four years, I've seen them at many events. They are so popular. This year I said to myself that I must get them to come to this parade.” 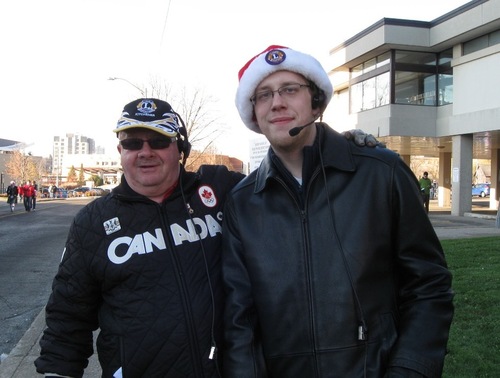 Steve (right), the organizer of the parade in Waterloo 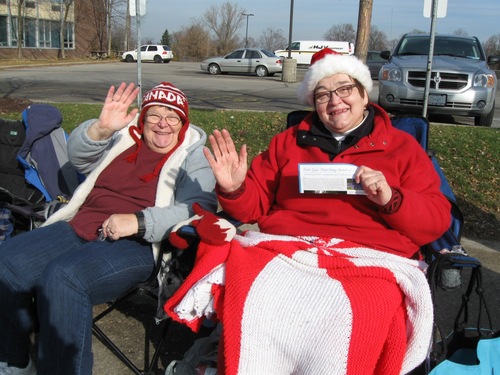 “They are the messengers of the holiday,” said Judith (right). 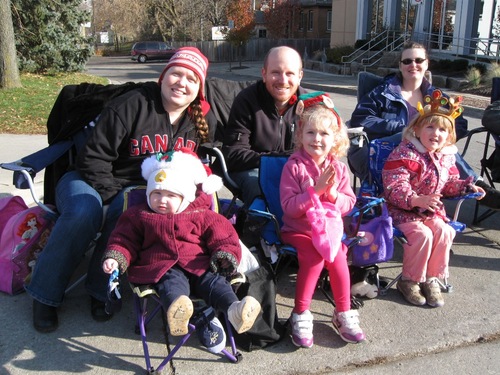 A family enjoys the band.

Judith in Waterloo said she could not believe that such a peaceful group is being persecuted in China. She got a flyer from a band member, and expressed her support for Falun Gong.

Many Chinese people said they were glad to see the band year after year. Mr. Zhang from Shanxi, China, was impressed by the band's performance. “It feels different. In China, they are being persecuted. But here, they are so popular,” he said.

Ms. Pan recently came from China to visit family. “I just got here from China on November 11. I am so excited to see it. I didn't know that Falun Gong is so popular here. I am very lucky to see this great parade.” She thanked a band member for giving her a Falun Gong flyer. When she learned that the band was to perform in three parades in one day, she said, “Wow. They are so great. It is really painful that the persecution of Falun Gong is still going on in China.”

Mr. Li and his wife in Hamilton appreciate the freedom in Canada. He said: “We have learned a lot from the internet, and we know well about the persecution of Falun Gong in China.” Mr. Li condemned the Chinese communist party, and praised Falun Gong practitioners' perseverance. “They are amazing. Falun Gong is the hope of China,” he said.

After three parades, Mr. Ye, a 75-year old band member, put his tuba into its case. “To be honest, I am little tired,” he said with a smile. “I've participated many parades, but never three in a row. How did I make it? The energy fields gave me strength. One field was from the band, and the other was from the audience. Everybody in the band was energetic, and the audience was so excited to see us. It gave me energy. We brought the beauty of Falun Dafa to the audience, and they showed their appreciation with applause and cheers. That kept me going till the end,” he said.