(Minghui.org) Brisbane is Australia's third largest city, and Brisbane Square is located in the city's business center. Connected to Queen Street Mall, the Square is within walking distance of the charming South Bank Parklands.

Falun Dafa practitioners are often seen on the Square clarifying the facts of the persecution in China to passersby. 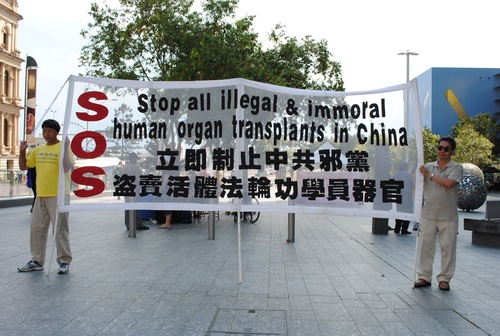 Falun Dafa practitioners on Brisbane Square call for an immediate end to the persecution of Falun Gong in China. 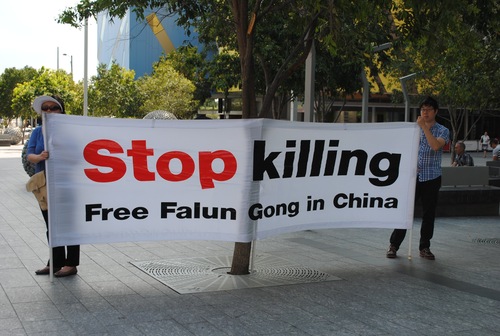 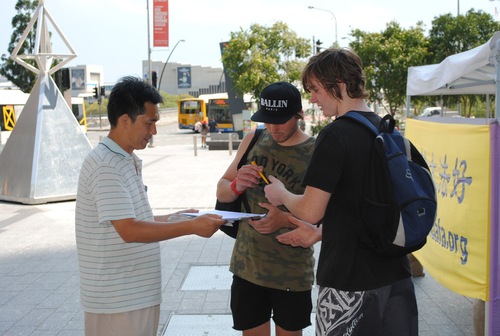 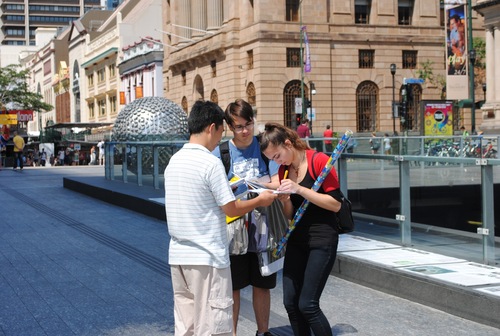 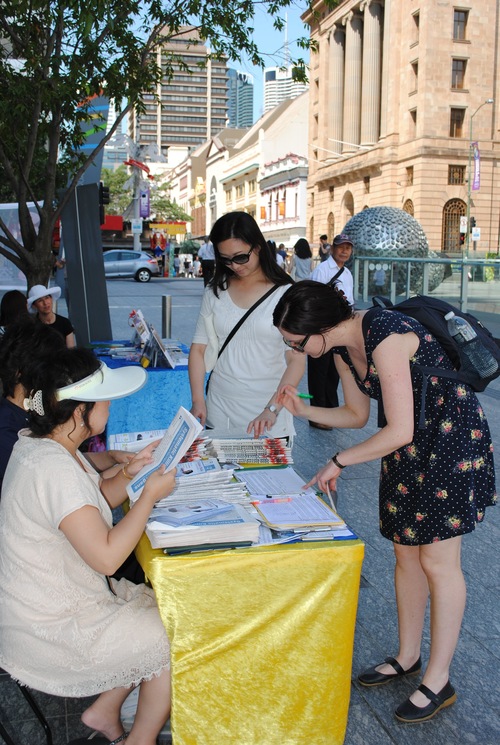 On November 10, 2013, Falun Dafa practitioners were on Brisbane Square freely expressing themselves. This scene is in sharp contrast to Tiananmen Square in China, where many people are illegally arrested and beaten when they express their opinions and views. Some of them have even lost their lives.

Two students, both recent high school graduates, walked by and heard about the persecution for the first time. The young man got very serious and said, “I want to sign the petition to help stop the persecution. I want to show my support.” The young woman said, “The persecution shouldn’t have happened. The victims of organ harvesting suffer so much pain and it’s not fair. This is why I signed the petition.”

Rebecca is a human rights advocate. She said, “I've heard about organ harvesting from living people but I didn’t know the extent of it. I didn’t know that Falun Gong practitioners suffered so much either. I'm shocked! I can’t believe such a heinous crime is happening.”

She said, “I'll tell others to sign the petition and find out the facts about the persecution. It’s not a China problem, it’s a global problem. Everyone should know about it and help stop it.”

A couple from Guizhou, China, were in Brisbane attending a food expo. A practitioner helped them translate into English when they tried to buy lunch. The practitioner clarified the facts of the persecution to them and helped them quit the Chinese Communist Party. Both of them were grateful and thanked the practitioner.

“Cured of Leukemia in Seven Days”