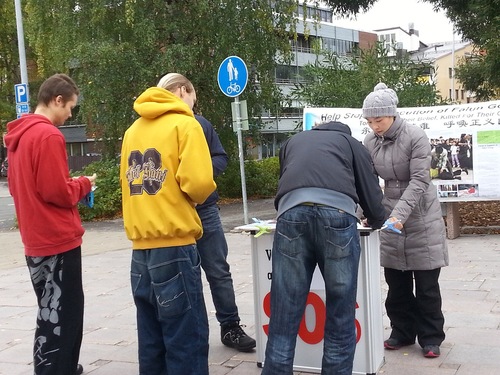 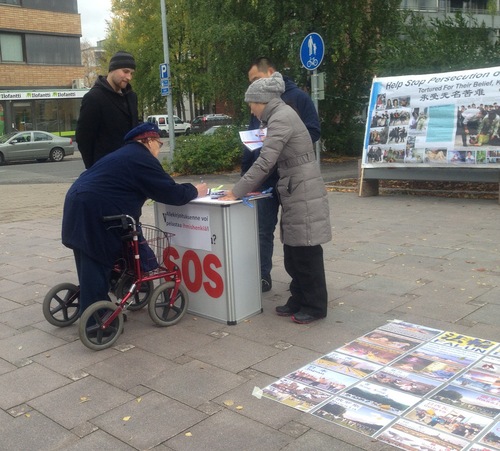 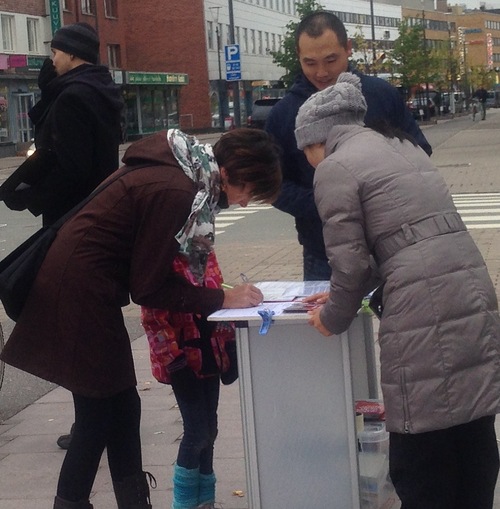 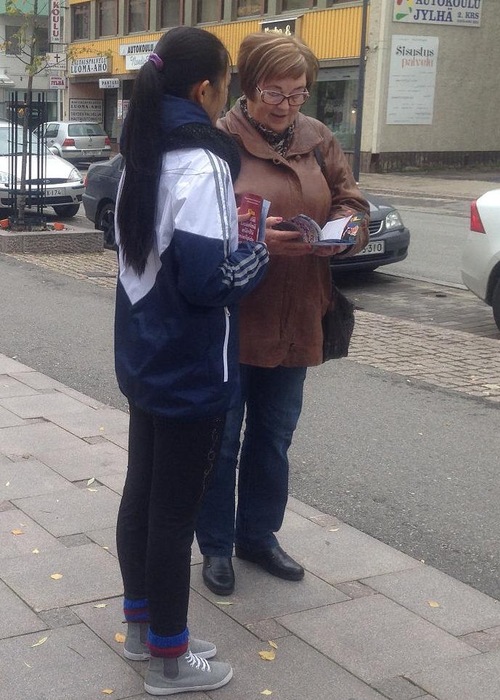 As the practitioners were setting up an informational booth in the Rovaniemi town center, people hurriedly walked by, bundled up in winter jackets. However, as soon as the practitioners set up their large, eye-catching banners, many people slowed down and stopped to read the banners. People in passing vehicles also stopped to read the information.

“I didn't know that something as evil and base as forced organ harvesting even existed,” exclaimed a local woman. “I can't even imagine what Falun Gong practitioners must have endured in those Chinese forced labor camps!”

She signed the petition then said, “I'm very proud of the people who launched this petition drive. I will tell my family and friends about this senseless persecution.”

A mother and son approached the practitioners and asked where the closest Dafa exercise site was. The son had come to know about Falun Gong from the Internet. “I feel that Falun Gong is very good, and I would like to practice it,” he said. After signing the petition, he said that he would like to join the in the group Dafa exercises. As he was leaving, he gave the practitioners the two-thumbs up.

Three students from the University of Lapland stopped to read the practitioners' banners. When they heard about the Chinese regime's crimes of forced organ harvesting, they readily signed their names to the petition form. “We'll tell our friends to come by and sign the petition, too,” said one of the students before leaving.

A retired woman who already knew about the persecution said, “Truth is the most important thing.” As she signed the petition, she added, “I support what you are doing!”

“Breaking Through Notions and Abandoning Attachments When Writing Articles”