(Minghui.org) Practitioners in New York have been holding activities at Manhattan's Union Square since August 2013. They set up photo displays and talked to passersby to bring their attention to the forced organ harvesting atrocities committed by the Chinese Communist Party in China.

People from many different walks of life and nationalities were shocked when they learned about the organ harvesting, and signed a petition calling for an immediate end to such criminal acts.

A writer carefully studied the photo displays and drew illustrations from the photos in his notebook. “It's really too cruel!” he said. “Really a heinous crime! I want to write about it and show the world's people!”

Practitioners also demonstrated the Falun Gong exercises to introduce people to the beauty of Falun Dafa. 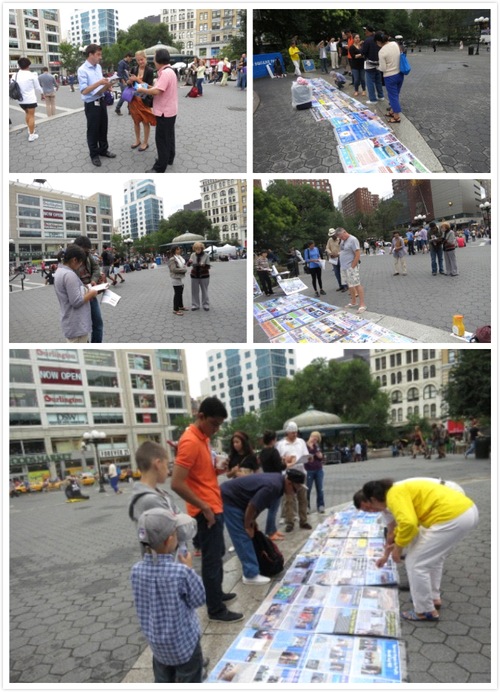 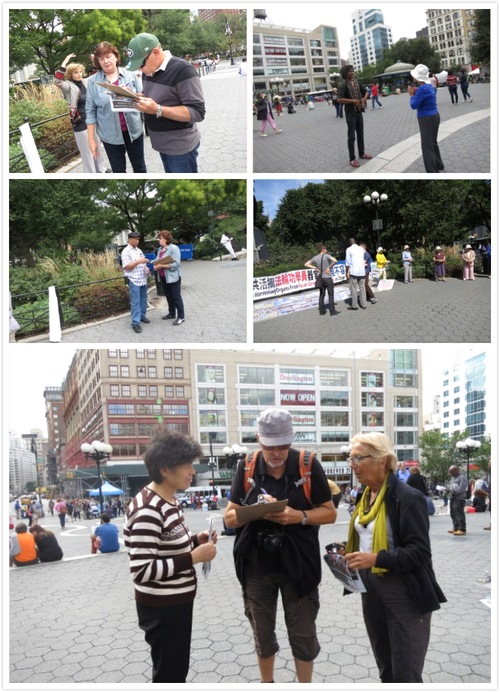 “Extortion a Favored Tactic of the CCP”