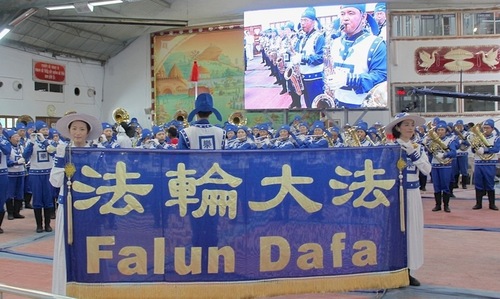 Performing at the opening ceremony 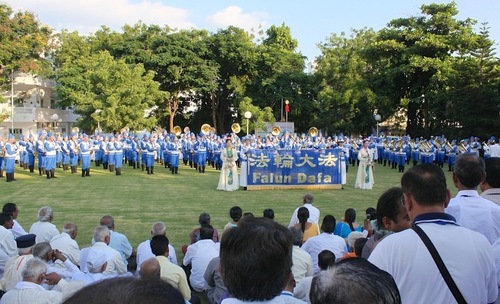 Performing at a park for the festival attendees 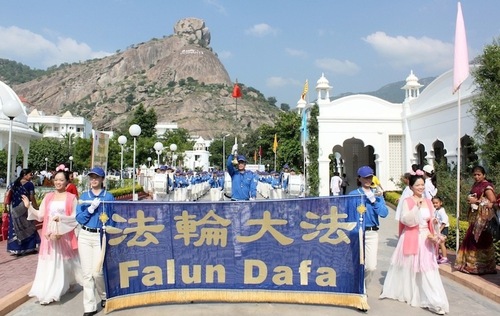 Performing at the parade 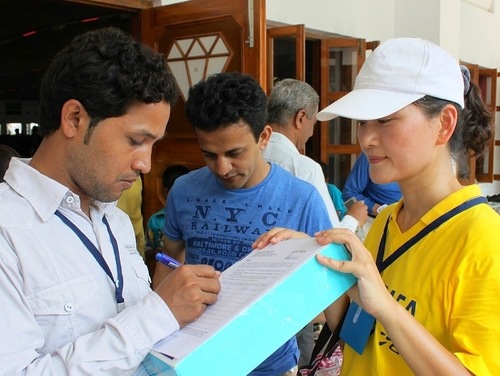 Collecting signatures against the organ harvesting 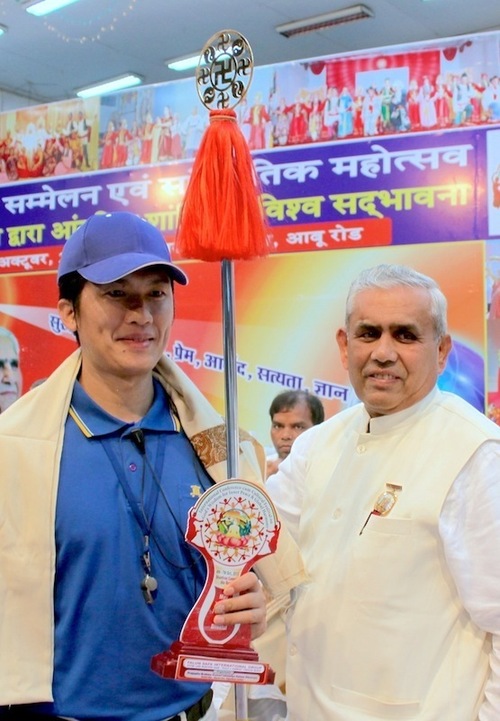 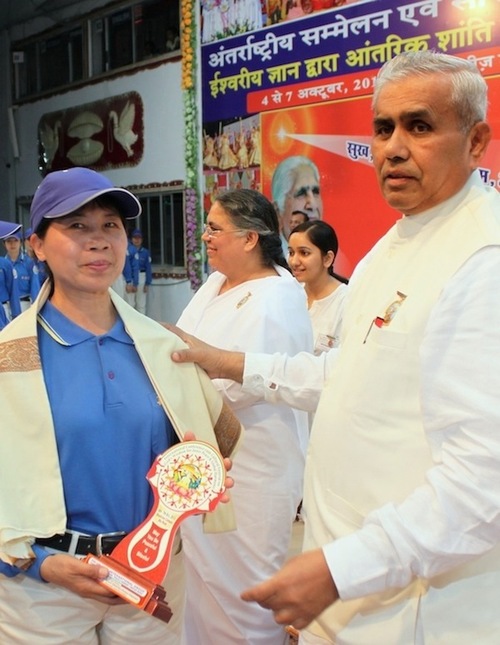 The organizers issue a medal to each member of the band.

The band performed at a similar event in Hyderabad, India, in December 2012. The organizers were impressed by them, so this year they invited the band again with local Falun Gong practitioners' help.

Ahmedabad is the seventh largest city in India. Several thousand doctors, researchers, and businessmen from India and other countries came to the event. Professors and teachers from local schools also attended. At the opening ceremony, the band played several songs composed by Falun Gong practitioners. They also introduced Falun Gong to the audience, and raised awareness of the persecution in China.

On the second day of the event, practitioners demonstrated the five sets of Falun Gong exercises on the stage. Many people asked where they could find the Falun Gong books and how to learn. 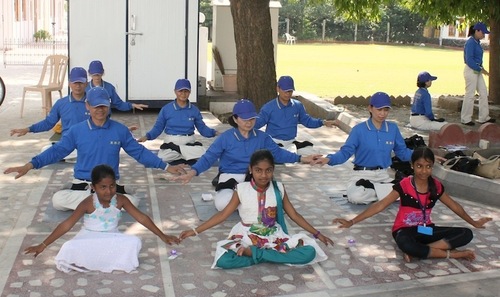 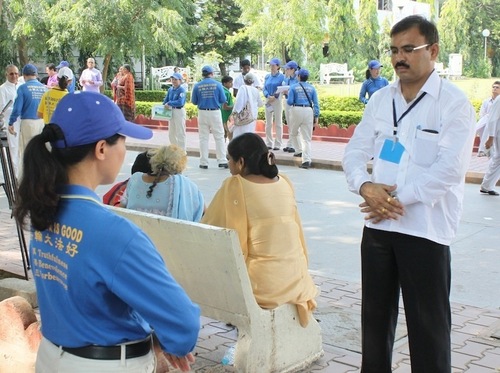 A participant learns the exercises.

Practitioners also performed at the closing ceremony. The organizer expressed appreciation to the band, and said “Falun Dafa is good” in English. He said: “Nobody should persecute others. The evil won't last long.”

“Doing What We Should Do Without Pursuing Credit or Virtue”